We had so much fun last month doing the Cover Reveal for this book and can't wait to give you a deeper look into the book!

Melynda Price is the author of several contemporary and paranormal romance titles, including Until Darkness Comes, Shades of Darkness, Courting Darkness, and Braving the Darkness, all in the Redemption Series. Price writes for ardent readers who want to fall in love over and over again. Her goal is to make the unbelievable believable while taking her characters to the limit with stories full of passion, heart, and unexpected twists. Salting stories with undertones of history whenever possible, Price adds immeasurable depth to her well-crafted books. Win by Submission is the first book of her upcoming mixed martial arts–themed Against the Cage series. She lives with her husband and two children in Northern Minnesota, where there are plenty of snow-filled days to curl up in front of the fireplace with a hot cup of coffee and write.

Synopsis:
To win her heart, he’ll be in for the fight of his life.
Contemporary  Romance
Age 18+ 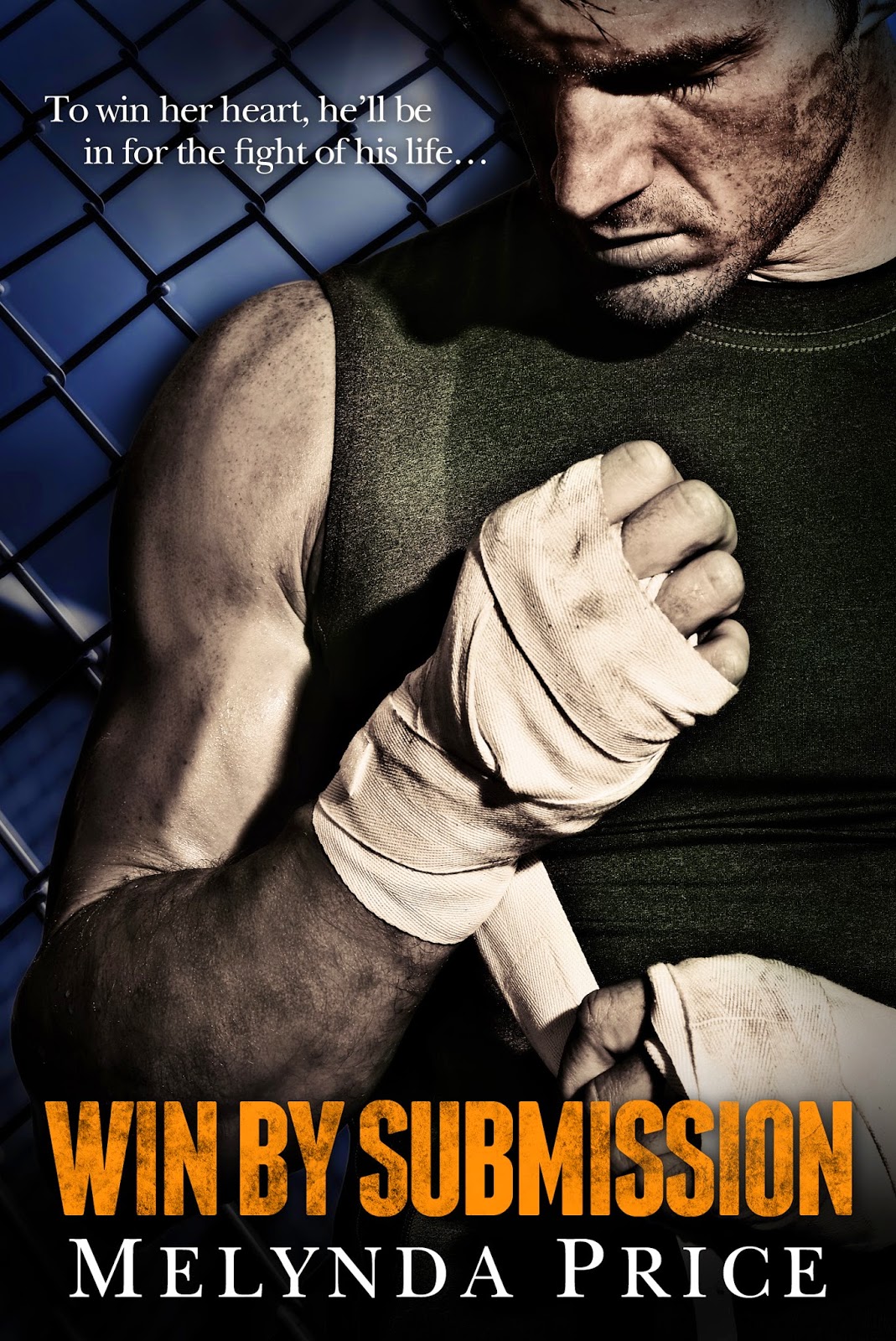 After an illegal kick during a CFA title fight fractures Cole Easton’s spine, doctors say there’s nothing more they can do for the bitter Vegas fighter. They say it’s a miracle he can walk, if that’s what you call his crutch-dragging limp. Unwilling to give up on him, Cole’s manager sends the injured fighter to the best physical therapist he knows: his niece, Katie Miller. When Cole arrives in the small town of Somerset, Wisconsin, he quickly discovers his sly manager may have had reasons other than rehab for sending him to this frozen tundra.
After a year of running from an abusive ex-boyfriend, Katie has returned to her hometown to care for her father, who’s recovering from a stroke. When Uncle Marcus calls in a favor, she reluctantly finds herself taking on a rancorous MMA fighter, broken at the height of his career. He’s insanely sex-on-a-stick hot—and everything she loathes in a man.
If Cole thinks his fighting days are over, he’s dead wrong. To save Katie from her past and to win her heart, he’ll be in for the fight of his life.


You can pick this book up here.


Katie watched him a moment, curiosity brimming in those emerald eyes. “Have you ever been in love, Cole?”


Wait, what? Well, that certainly escalated quickly. Cole wasn’t in the habit of talking about himself, but he also knew there wasn’t a snowball’s chance in hell of her opening up to him if he didn’t at least make some sort of an effort first. “I thought I was—once. But then it ended up being the stomach flu.”


Katie laughed, a sweet belly laugh, and the sound of her melodic voice was like audible foreplay that shot straight into his cock. Damn, he wanted her. Everything about this woman intrigued him to the point of madness—her intelligence, her beauty, her vulnerability. Hell, even the mystery surrounding her called to the competitor inside him. But something told Cole if he accepted this challenge, the stakes were going to be a lot higher than a title match. He’d be fighting for his heart, because without even trying, Katie had managed to pass his guard and was laying some serious ground and pound against his defenses.