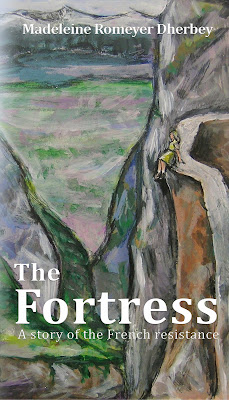 The war has not made much of difference in Alix’s life. Her father has seen to it that she grows up unaware, unworried, but safe in her tiny village under the cliffs of the Vercors. All around her he has built a fortress whose walls are impregnable—until the 27th of April, 1944. That day he makes a stupid mistake up on the cliff, and the walls of the Fortress start crashing down. Reality breaks into Alix’s life with unrelenting violence, unforeseen possibilities. From now on, every decision she makes will mean life or death. 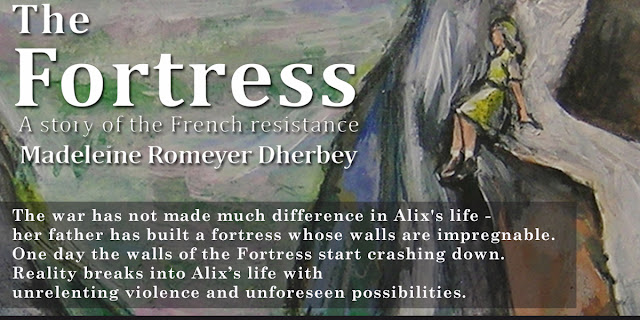 “Honey, if anybody’s looking for it up here, it means you’re already dead. So it won’t matter to you. Listen now. People will call you on the other phone, the one downstairs, and give you coded messages. As a rule it will be about movements in our direction, Germans, Militia, or even new recruits for our camps. Remember, the security of Mortval depends on you. Here is a list of codes. You must memorize all of them and get rid of the list.”

She started to read. “The strawberries are in their juice. Your walnuts were wormy. You can’t put rabbit in the cassoulet.” She looked up. “Are they all about food?”

“Yvette préfère… Oh. I understand now. Did you come up with that one?”

“I thought it would be memorable.”

“It’s lovely. I bet the British are impressed.”

I am pleased to welcome Madeline Romeyer Dherbey to my little corner of cyberspace!


Madeline, where did you find the idea for your book?

First of all, the Vercors Mountains. Breathtakingly beautiful, dangerous, a natural playground for all extreme sport lovers. Rock climbing, canyoning, spelunking, skiing, it’s all there. But for me, it’s home. It’s where my ancestors have lived and are buried, under those same cliffs.

Then, the history. The Vercors is a dream of freedom, a heroic battle, a military disaster, but also redemptive last stand. Many military and history books have been written on the subject, but no fiction accounts, and in fact, I was frustrated by the dryness of the accounts which I felt did not reflect the human dimension of that battle.

Finally, my own family history. It starts with the story of my own Grandfather falling off that cliff, and then, there my three uncles, who were condemned to death for collaborating with the Vichy government and betraying C2, a Resistance camp, to the Nazis. Their sentences were later commuted to forced labor, but the national disgrace verdict stood, and they had to leave the area to avoid being murdered. Despite the death threats, my father— who had fought with honor during the war—decided to stay. The legacy was hard to overcome in a community mauled by four years of occupation and violence, and seventy years later, my last name remains associated with the destruction of the Maquis of Malleval.

There are also small things, like a Sten machine gun I found in the mud of a summer creek, with this inscription, Pour ma Suzon Cherie, June 12, 1944; or the story of a fifteen-year old boy, a resistant fighter whose name is forgotten, who was tortured and murdered by the Nazis in the summer of 1944.
And finally, Russel Crowe, naturally.

Do you hide any secrets in your book?

I’m not sure what you mean… Are there notions in it too personal to own? If yes, there are many, but they’re not secret. Nothing I have ever committed in my prior lives could possibly shame me now. I would own up to it, and dare anyone to throw the first stone.

What’s the strangest thing you’ve ever to research on line for your book?

Things like Nazi decorations or weapons, uniforms, the Lebensborn, and basically anything having to do with a violent, murderous ideology. The fact that I often did it on my planning time at my school, or on the school-issued computer was made me nervous, too. I was always afraid someone from security was going to ask me upstairs to question me about these searches. It was extremely uncomfortable having to rationalize ideas from a Nazi point of view, which I had to do in order to make Rieder’s thought process, or the Militia Chief’s racist outlook credible.

Do you set a plot or prefer going wherever an idea takes you?

Both, really. I think they call that plotting or pantsing? I plot first by walking around and making little comic-like boxes which I fill with ideas. I make lists, flow-charts—I’m a teacher after all. But sometimes I get inspired out of nowhere, like my character objects and does his own thing. The first time it happened, I was amazed. It felt like magic. The legendary muse, as my agent once said. I thought he was out of his mind. Sure, the muse visits once in a while, but it’s mostly hard work. Shock Top helps a lot, too, one and a half, no more, and Finnish metal music. My favorite bands are Ghost Brigade, Insomnium, Wolfheart, and Swallow The sun. It’s as vast and brilliant as a Beethoven Symphony, thunderous but melodic, the perfect emotional outlet. And then, frozen expanses, Nordic lakes, white forests, it’s land’s end, after all.

What are your top three favorite books of all time?

1. Under the Northern star, a trilogy by Finnish author Väinö Linna, the saga of a poor Finnish family across three generations. He created my all-time favorite hero, Akseli Koskela, who personifies all the virtues I respect in a man, courage, persistence, humility, loyalty, honesty, generosity, even though he’s just a man, subject to emotional fragility we can all identify with.

2. The Little Prince, by Antoine De Saint Expupery. Too beautiful for words.

3. The Hunchback of Notre Dame, by Victor Hugo—scary, dark, and tragic. Not anything you can imagine if you only know the Disney version.

Discard any idea that worms itself into the narrative because it might help sell the book. No gratuitous sex, no gratuitous violence, no easy, voyeuristic scene that is devoid of purpose. If you sacrifice pleasure and dignity for commercial gain, you will get neither.

Thank you Madeline! It was a pleasure getting to know you and a little more about your book! 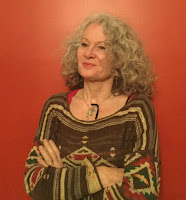 Madeleine Romeyer Dherbey was born in the French Alps, moved to the United States twenty-five years later, and currently lives in the mountains of Virginia with her husband, two daughters, and Mikko.

October 8th
Let me tell you a story