Alice Bennett has a very good reason not to trust men, but her body and soul urge her to take a chance on Dylan Marshall, against her better judgment. Unable to quell her cravings, she relents and shares her scarred past with him....

Desperate to find a way to get closer to Alice, Dylan sets plans in motion to learn what lurks in her past. After discovering a shocking link to his own past, Dylan struggles with the truth of his own secret, and whether he's willing to risk a future with Alice if she ever learned the truth.
But secrets rarely stay buried… 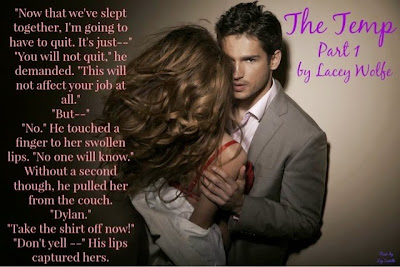 At the end of part one we are left with Alice storming out when Dylan's ex-wife shows up. Of course, Felicia makes a comment stating that she is still his wife and Alice is so upset that she just cannot stay there. After Felicia finally leave, Dylan is distraught as what to do next after finding Alice gone. He wars with himself, an one hand he should let her walk away but on the other, he wants a relationship with her.

So what else is he to do but go crawling and groveling to Alice. Alice is skeptical at first, but as soon as she sees Dylan, her body's reaction to him is undeniable.

Although Alice is unsure about wanting a serious relationship, she is content to have a little fun. Dylan wants more, so he recommends her for the accounting position in the company.

Just as these two seem to be coming together for the long term, Dylan's secret comes out. Alice now must decide if Dylan is worth it.

I am loving this series. Part two is captivating from beginning to end. Just when you think you are getting to the happily ever after, Lacey pulls the carpet out from you. Dylan's secret makes Alice question everything about him. These two are perfect for each other, if they can just work through their differences. I can't wait to see how this is going to end in Part Three. 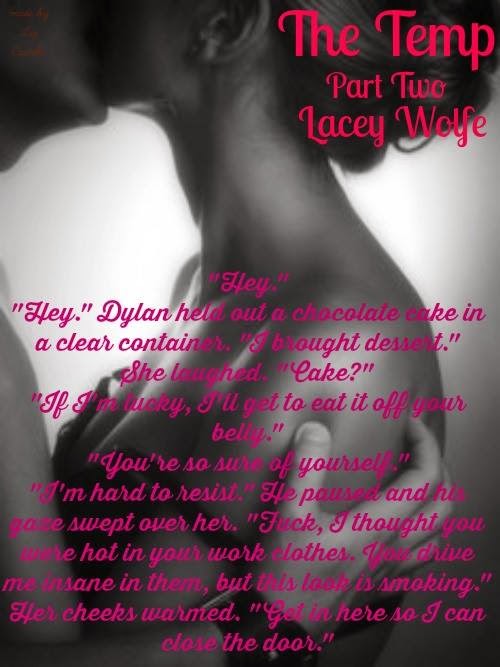 Hardened by her damaged past, Alice Bennett has no desire for any type of relationship and easily dismisses the warnings about her handsome, but extremely difficult, temporary boss. She is determined to do her job, and do it well. She needs this job, and the references that... come from working at a prestigious law firm.
But the moment she lays eyes on him, Alice’s determination waivers as unexpected desires stir inside her – even as he barks orders about her choice of lunch.
Dylan Marshall is the best lawyer in the city and knows exactly what he wants, and how he wants it done. As the senior partner at his prominent law firm, he expects the people working for him to do what they’re told. Discouraged by the string of incompetent temps, he has low expectations for anyone new the agency sends his way.
But the latest temporary assistant is anything but incompetent, and Dylan discovers he wants to know more about her, and intimately. Especially when she stands her ground and questions his orders. Suddenly, this domineering boss learns he prefers a woman to be his equal. 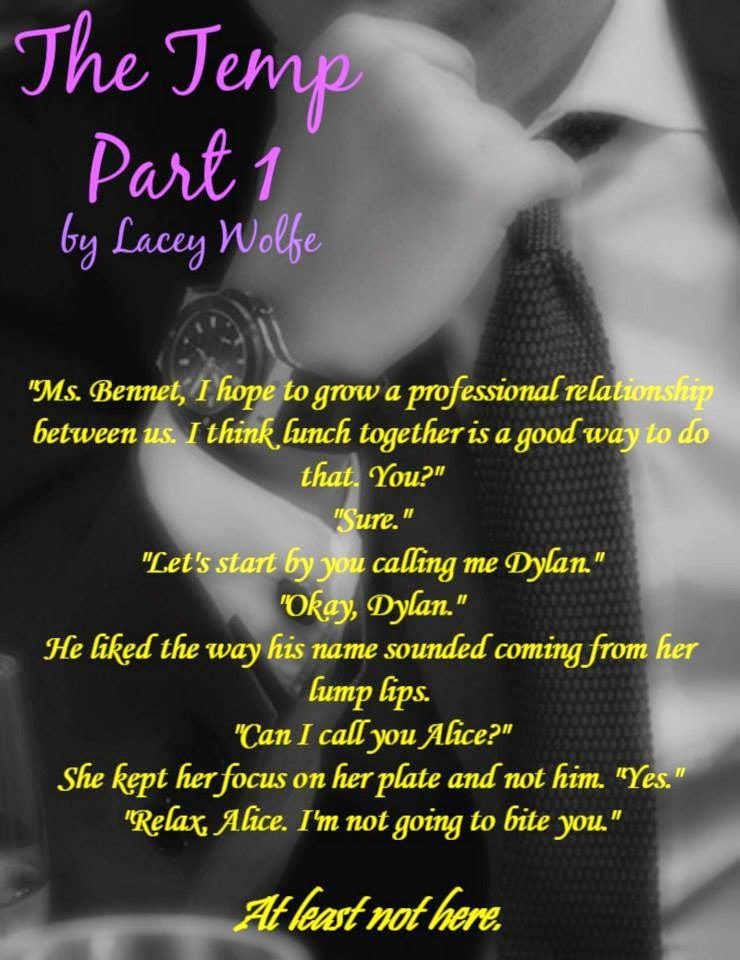 “He’s a complete asshole.” Alice leaned back in her chair at a small restaurant that evening. “I’m only doing this for a short time.”

“You’d think, but I guess I’m s...o fresh out of school no one wants me. For now, I’m stuck with Mr. Domineering Jerk. Can you believe he actually brought me a sandwich and told me I was not to work until it was gone? Who the hell does that?”

She hated to admit it, but for some strange reason she found it as caring from him. “Why the hell would he care if I was eating a yogurt? Women eat that for lunch and nothing else. Am I wrong?”

Her friend shrugged and tore off more bread.

“I don’t really want it.” She set it down and wiped her hand on the napkin as though she was going to be poisoned from the bread.

Darla cocked an eyebrow. “And you quit eating yogurt at lunch so you can lose the ten pounds you’re always complaining about.”

Alice laughed, unable to contain it. A second later, her friend joined in. “Why are we so hard on ourselves?”

Darla shook her head. “No idea. I’d kill to drink a coke right now instead of this lemon water that’s supposed to be detoxing my body.”

Alice raised her hand to get the waiter’s attention.

“Everything all right, ladies?” He grinned, his pearly whites showing.

“We both want a coke.” Alice pushed her glass of water to the edge of the table.

“Is the water okay?” He appeared confused.

She shook her head. “It’s water. There is nothing wrong with it. Tonight my friend and I want a little more flavor.”

“I’ll be right back with two cokes.” He headed toward the back of the restaurant.

“My trainer is going to kill you.” Darla picked up her half eaten breadstick, only this time she bit into it instead of tearing little pieces off. Lacey lives in Georgia with her husband, son and daughter, their herd of cats and one black lab who rules the house.
You can find Lacey at the following places:
Facebook / Facebook Page / Twitter
Google+  / Goodreads / Pintrest
Blog /  Website / Linkedin
Booktropolous Social