I'm excited to announce the release of the anticipated sequel to The Weekend Proposition is available now! 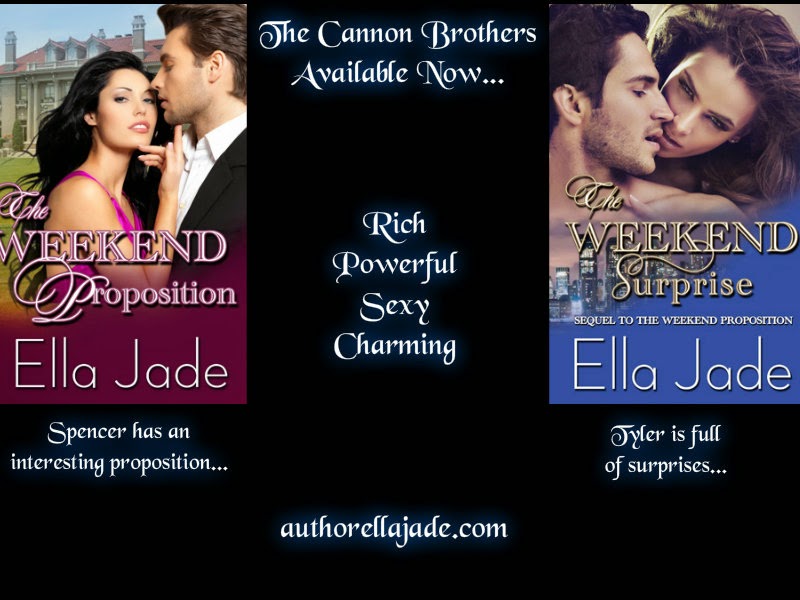 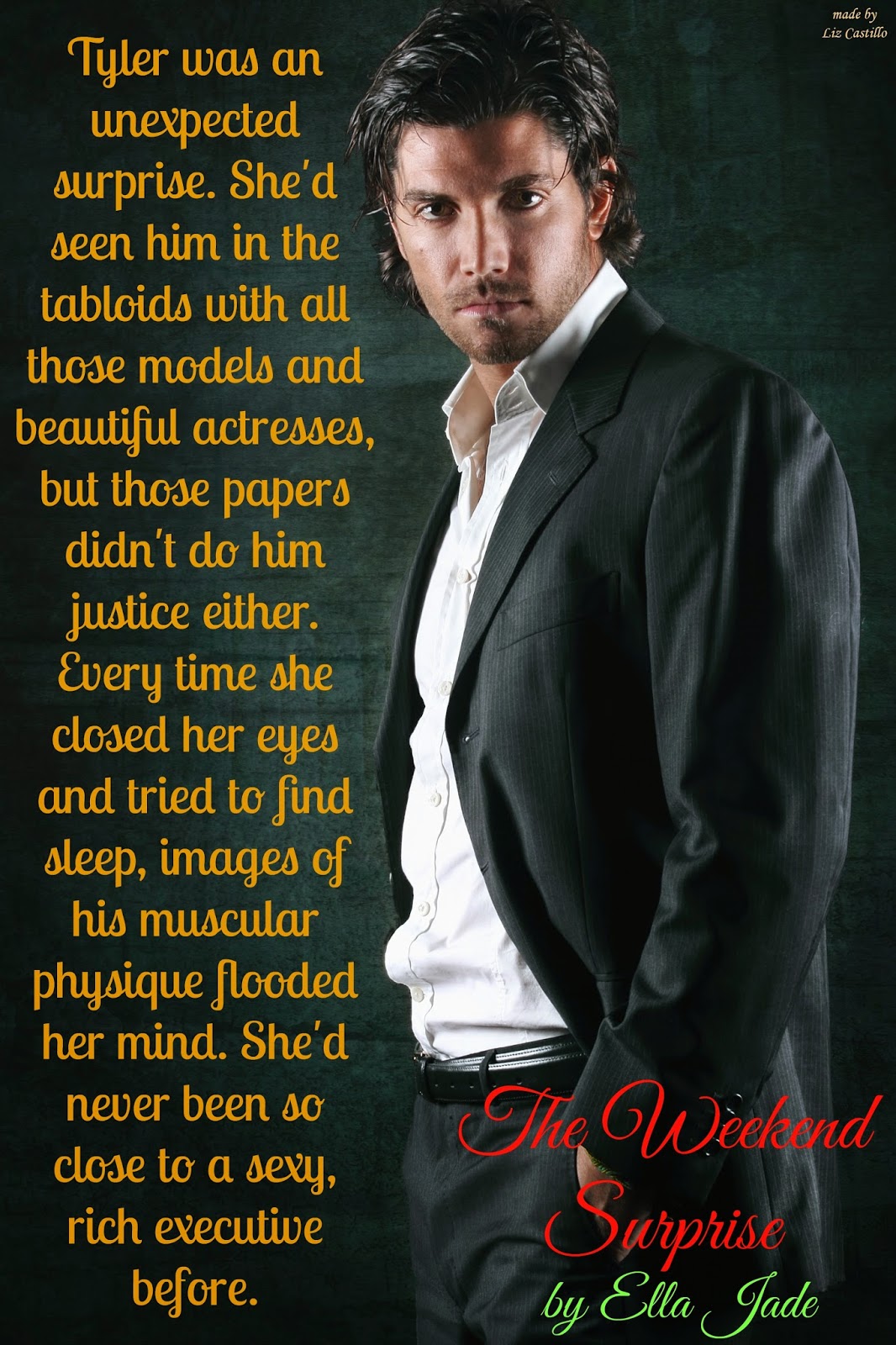 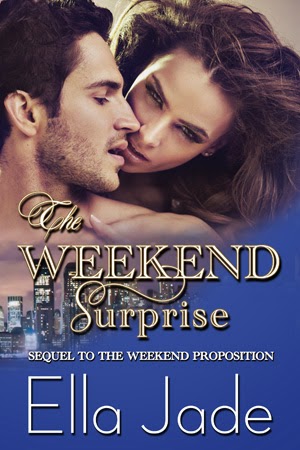 A chance meeting or a calculated encounter? Someone is in for a surprise.

Brooklyn Conservatory student Sammy Falcone lives a quiet and modest life. She's busy studying classical music, playing her cello, and trying to make ends meet. After she learns of her deceased mother's secret that may involve the Cannon family, she heads to a wedding to catch a glimpse of the privileged clan, never expecting to come face-to-face with them.

Tyler Cannon must abandon his wild, partying ways and step up to help his brother Spencer run the family advertising business. When he meets Sammy at his brother's wedding he's immediately taken by the reserved beauty. Her innocence and simple lifestyle intrigue him enough to become a one-woman man.

Sammy is drawn to Tyler's charm and the attention he shows her. Once she gets to know him, the secrets of her mother's past are no longer important. The problem is Spencer has been suspicious of her from the beginning. Will Spencer's overprotectiveness of his family ruin her chances with Tyler? And if the truth comes out, will Sammy be able to convince Tyler that she never meant his family any harm?

This is the sequel to The Weekend Proposition but both books stand alone. 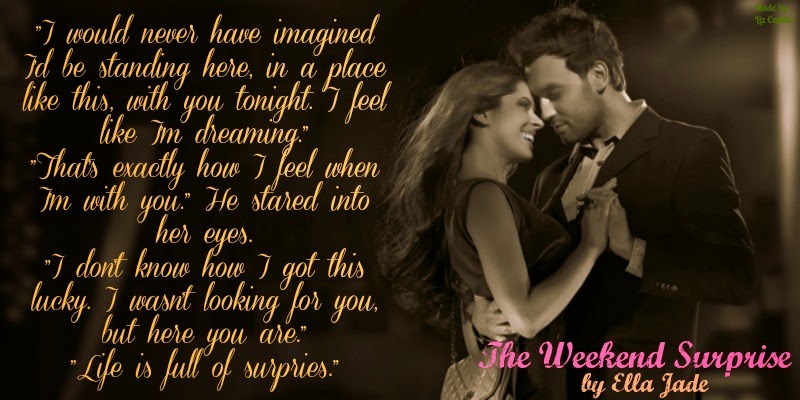 It is no secret about my love for Ella Jade or The Weekend Proposition, so when I heard there was going to be a sequel, I was over the moon!!Spencer Cannon's little brother Tyler has been growing up and taking a bigger role in the family company; putting his partying ways behind him had been a great thing. So when he meets a very attractive lady at the bar where the wedding reception is taking place, he is taken aback. He knows he wants to get to know her for more than just for the night, so he does the unexpected and asked her out. Sammy is drawn to the wedding for personal reasons but when she meets Tyler, everything changes for her.

Tyler and Sammy have a whirlwind relationship and things are looking up for both of them, but alas there is always is trouble that they must face. Sammy's secret comes out and Tyler must decide if his relationship is worth saving or throwing it all away.This was a great read and the chemistry between these two stunning individuals. They must work through life's ups and down; but at the end of the day what doesn't break up, makes you stronger. If you've loved Spencer and Coda, then you'll love Tyler and Sammy! 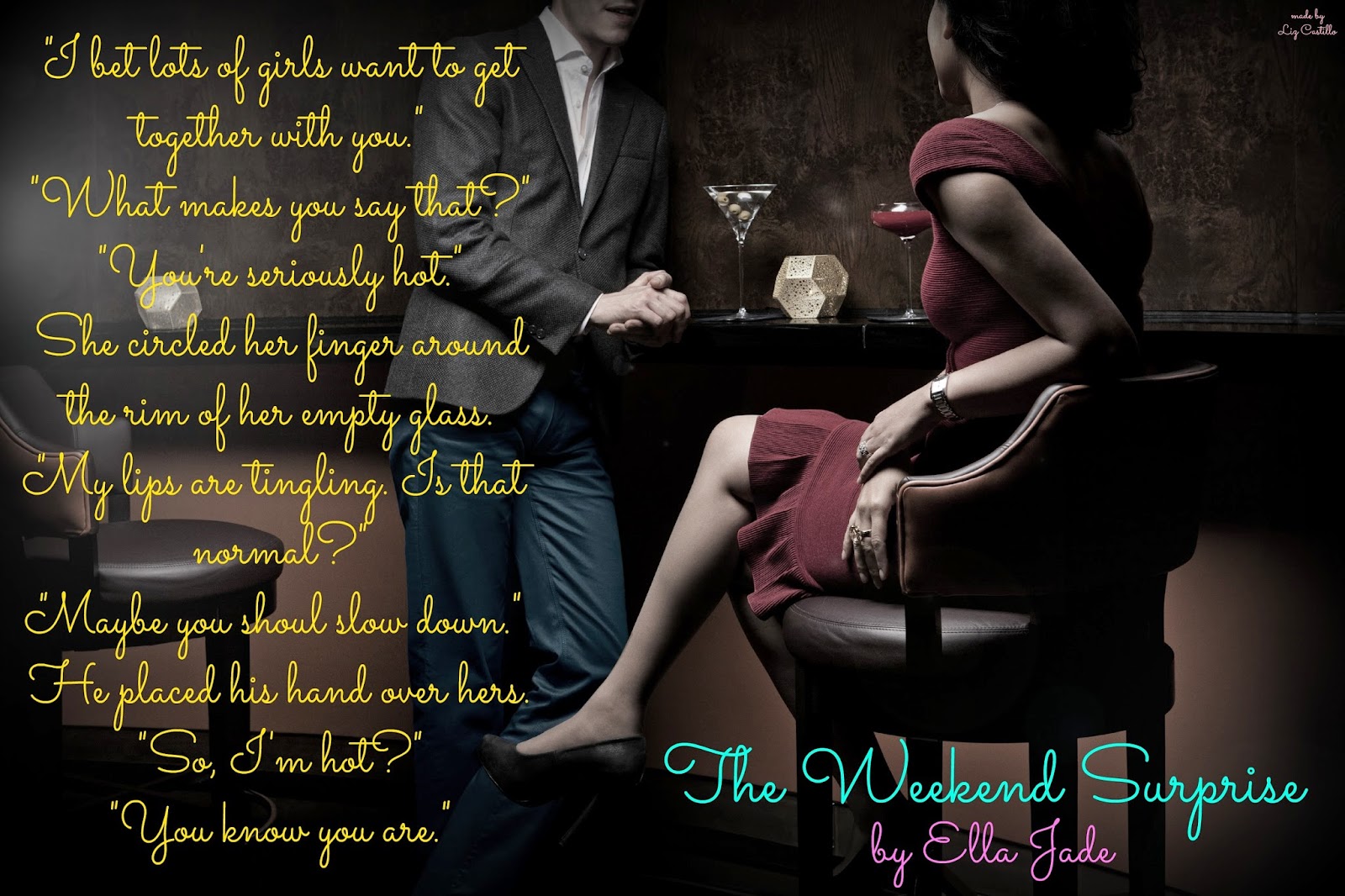 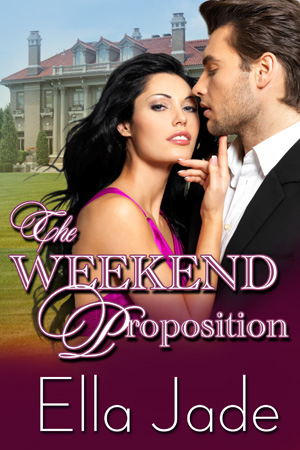 One weekend—no strings, no expectations, and no commitments. On Sunday afternoon it all ends, or does it?

No-nonsense businessman Spencer Cannon has a dilemma. He's headed to Connecticut for the weekend to attend his cousin's elaborate wedding. His whole family will be there in addition to his obsessed ex-girlfriend Ava. According to Spencer's brother, Ava has been telling her friends she's planning a magical reunion with her favorite ex-boyfriend. Spencer's not in the mood to deal with her, but he can't miss the wedding. He needs a plan.

Struggling Brooklyn waitress and aspiring graphic designer Dakota Vercelli has fallen on hard times. College debts, pending eviction, and her sick mother are taking a toll on her. A chance encounter with Mr. Cannon, CEO of Cannon and Carrington Advertising, leads to a proposition that may be just the thing to solve both of their problems. Spencer's offer—spend four days with him during the wedding festivities and keep his ex off his trail. In return, he'll compensate her generously for her time. He needs a weekend girlfriend, and Dakota needs the cash.

It was just supposed to be a business deal, but after sharing a room, kissing under the stars, and attending a wedding, their attraction is undeniable. Will the illusion end when the weekend is over or is the proposition just the beginning? 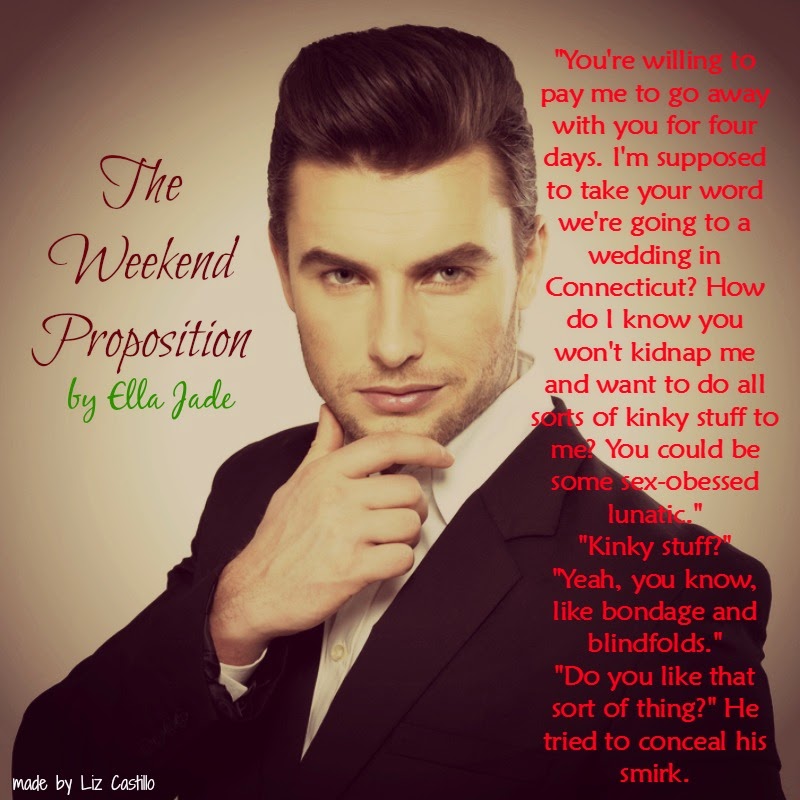 Ella Jade has been writing for as long as she can remember. As a child, she often had a notebook and pen with her, and now as an adult, the laptop is never far. The plots and dialogue have always played out in her head, but she never knew what to do with them. That all changed when she discovered the eBook industry. She started penning novels at a rapid pace and now she can't be stopped.

Ella resides in New Jersey with her husband and two boys. When she's not chasing after her kids, she's busy creating sexy, domineering men and the strong women who know how to challenge them in and out of the bedroom.  She hopes you'll get lost in her words.

She loves connecting with readers. You can find her here… 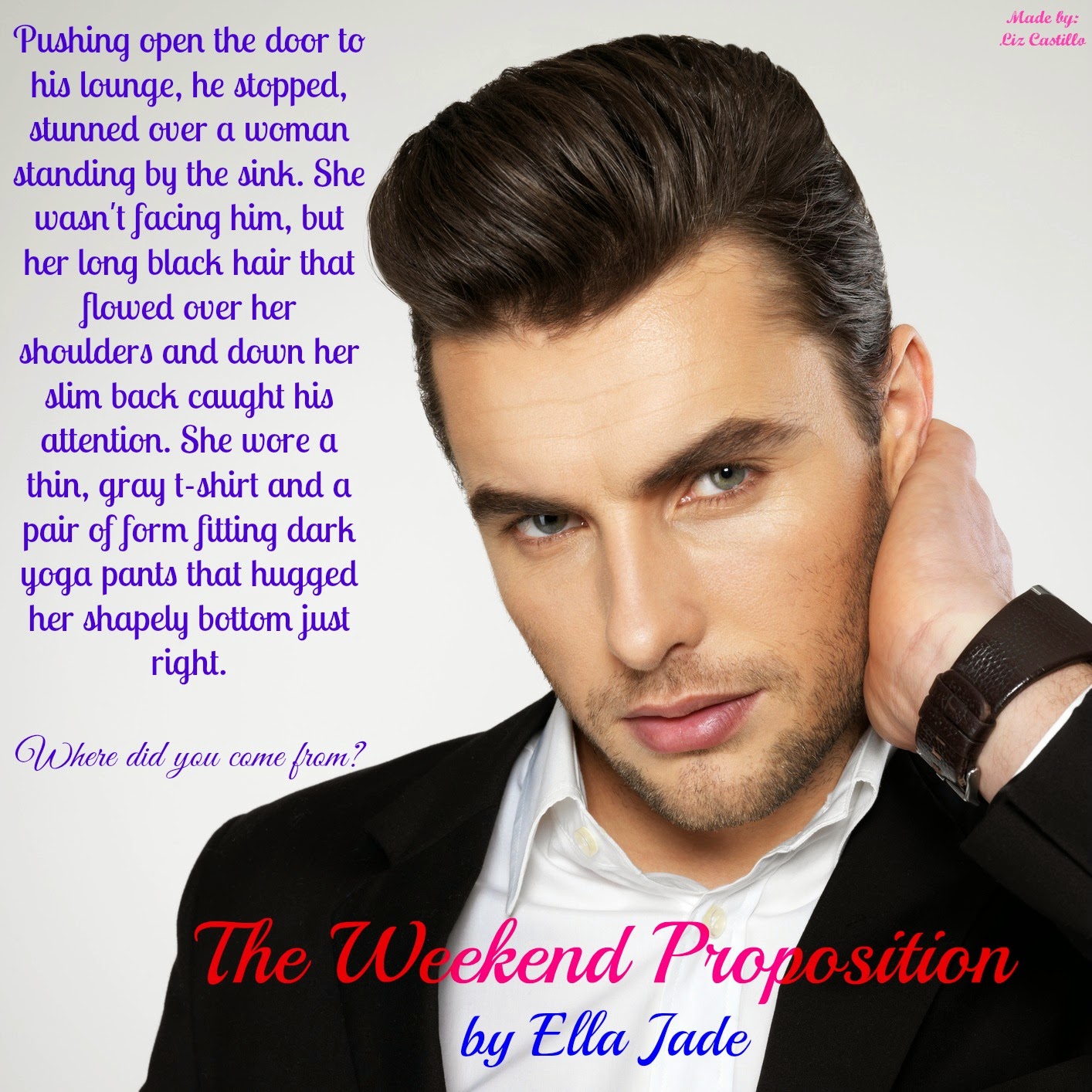