Break by New York Times Bestselling Author Cassia Leo is out now and #Free in Kindle Unlimted! Read it now! 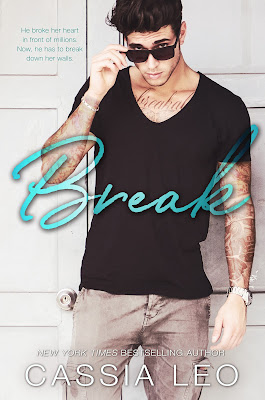 A humorous and heartbreaking second-chance stand-alone romance from the New York Times bestselling author of the Shattered Hearts Series.

For six years, she was the only one. My best friend. My kitten. My world. Then, I broke us by getting caught in a web of lies.

Hard to believe, after everything we’d been through, I could do what I did to her… in front of 600,000 people. I doubt she’ll ever believe I did it because I love her.

Three years later, my music career is booming. I have a movie deal in the next comic book reboot. And now the only parent I have left has been given a death sentence. I have to go home, but going home means facing what I did to her. 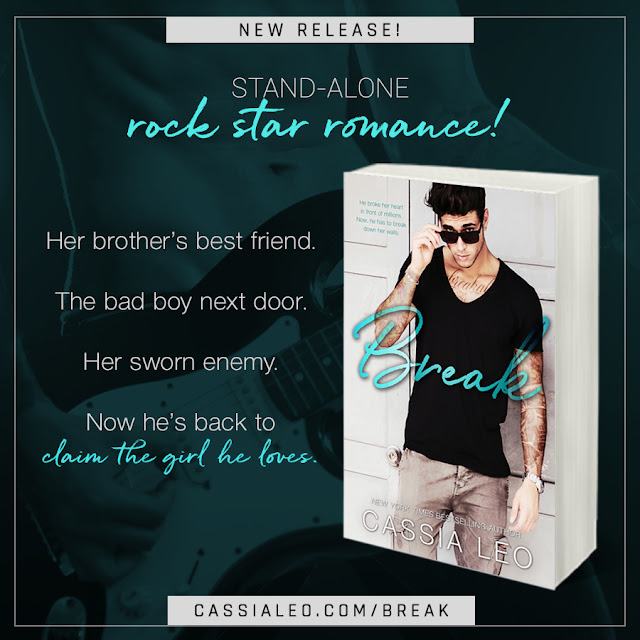 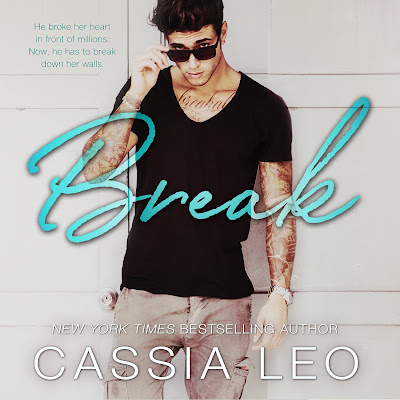 New York Times bestselling author Cassia Leo loves her coffee, chocolate, and margaritas with salt. When she's not writing, she spends way too much time re-watching Game of Thrones and Sex and the City. When she's not binge-watching, she's usually enjoying the Oregon rain with a hot cup of coffee and a book.