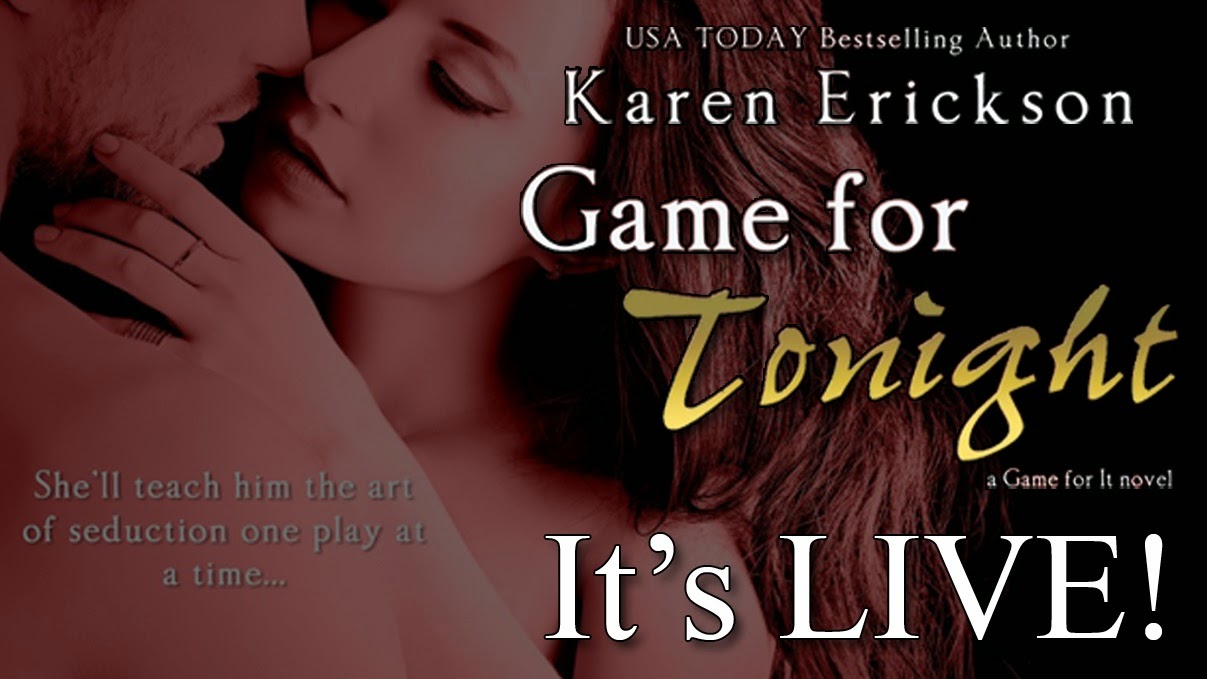 Congrats & Happy Release to Karen Erickson!
Game For Tonight is LIVE!
Meet Aubrey and Flynn in the newest stand-alone in the Game For It Series! 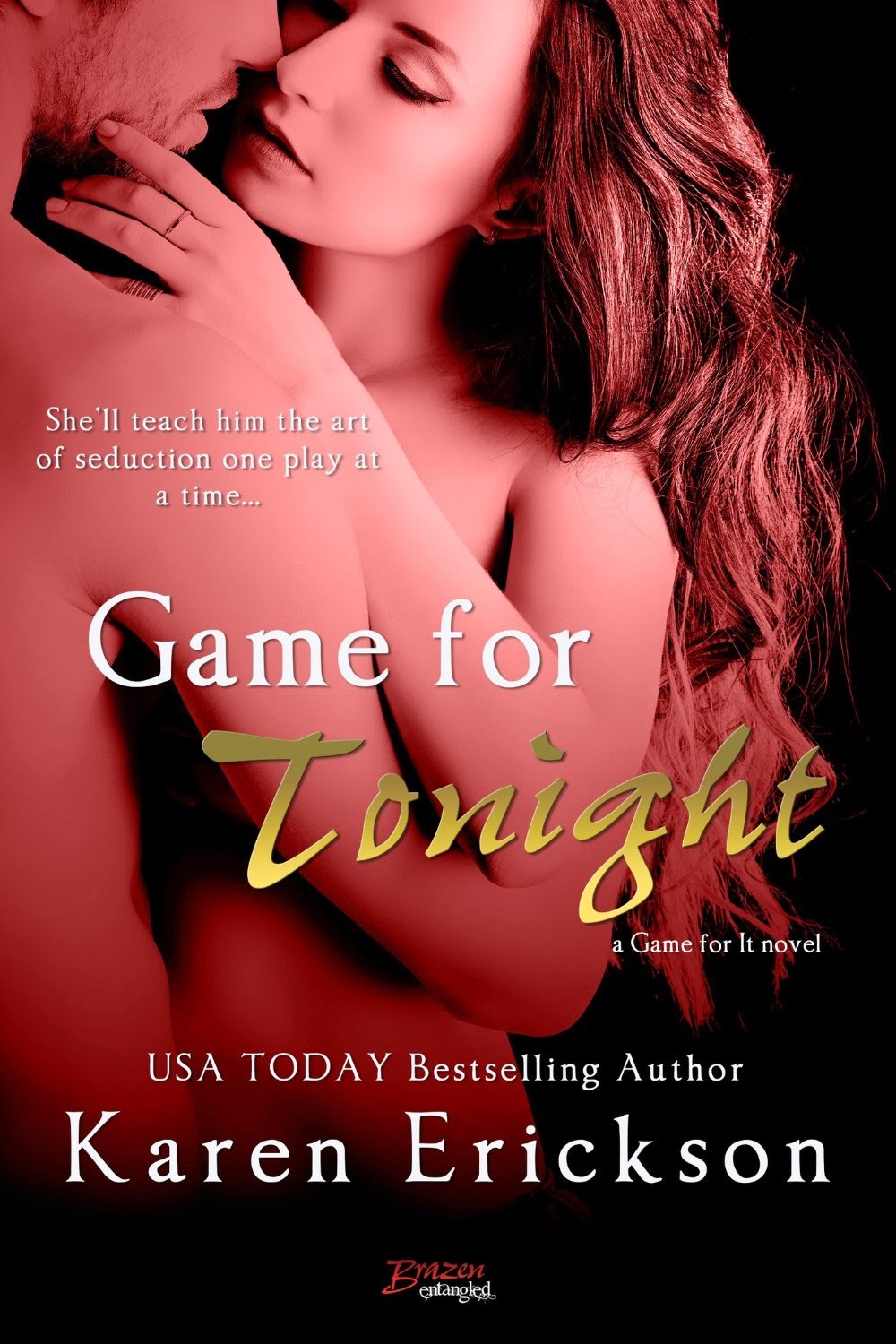 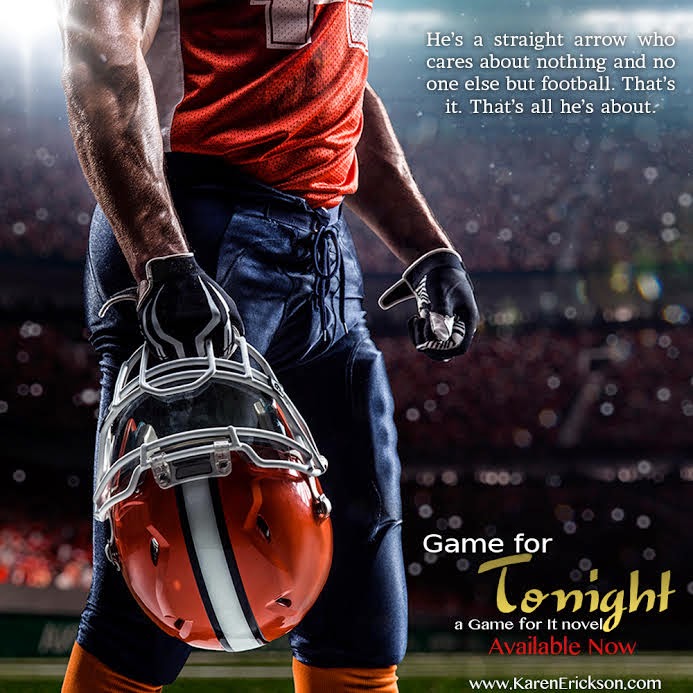 She'll teach him the art of seduction one play at a time...

Publicist Aubrey Cooper never should have crossed the line. After all, pro football player Flynn Foley is her client. But something about this mouth-wateringly-hot, clean-cut athlete makes Aubrey imagine all kinds of X-rated fantasies. And it only takes one game-changing play―and one night―to turn the tables from strictly business to very, very personal…

Flynn has maintained a no-sexy-distractions policy for his entire pro career. Aubrey is exactly the kind of distraction he was trying to avoid, and she's the one he can't resist. When the media catches wind of their naughty little liaison, however, Aubrey's boss steps in to make them an official couple. What Flynn doesn't know is that Aubrey is forced to fake the relationship―or lose her job. Now Aubrey must hide the truth…even as she begins to fall for Flynn. 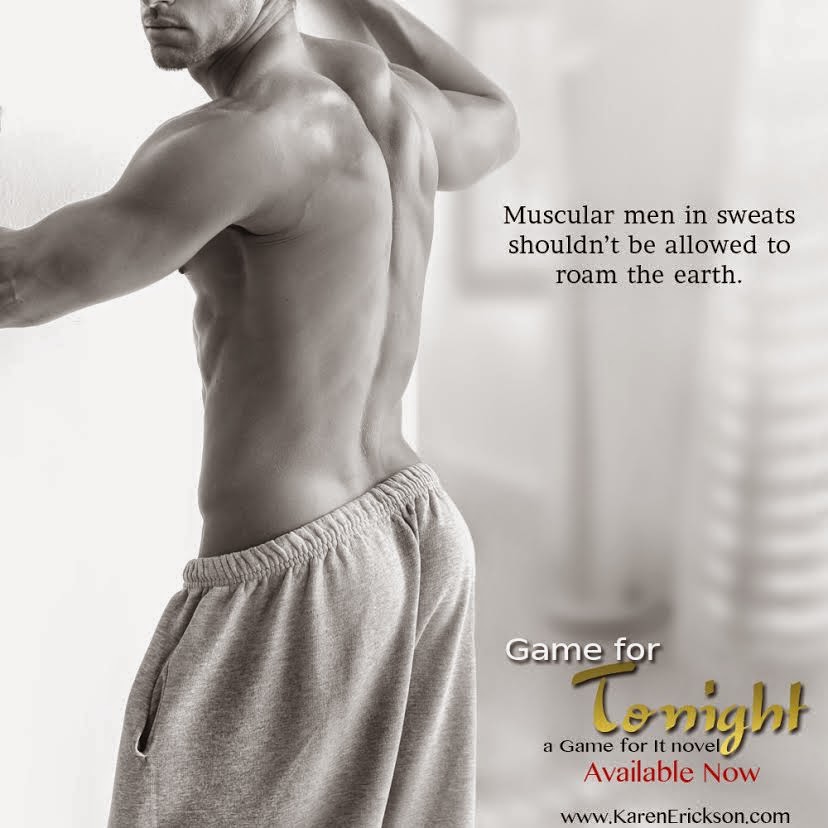 Excerpt
Aubrey cracked open her eyes, studying him like he’d lost his mind. Which he sort of had—over her. He kissed her again before she could say a word, losing himself in her sweet lips, the soft little moans sounding low in her throat.

He liked sex. And he liked the woman in his arms plenty. So much, that he’d kept her at arm’s length for months for fear of falling hard for her and ruining his concentration. Besides, he wasn’t much of a rule breaker, damn it. If it was against company policy to date a fellow employee, then he wasn’t going to do it.

But screw it. He felt as if everything was uncertain right now, up in the air, unconfirmed. Walsh wasn’t talking—at least he wasn’t talking enough. The conversation they’d had before Aubrey had interrupted them had been full of nothing but a bunch of crap. Coach had acted downright evasive.

The vibe he was getting from his coach? He didn’t like it. At all.

He was tired of worrying about things that were out of his control. What was the big deal if he kissed Aubrey anyway? Maybe he could work her out of his system. Maybe kissing her wouldn’t be all that special and he could walk away from this.

Ha. Tell that to his overheated, turned-inside-out body. Flynn broke away from Aubrey’s lips to catch some air, though really, he wanted to look at her, memorize this moment when he’d first kissed Aubrey. Even in the dim light, he could see her lips were swollen, her cheeks flushed. She opened her eyes, the dazed look in them sending an arrow of arousal shooting straight through him, making his cock twitch. Pride suffused him. He put that look on her face.

“Flynn.” She pursed her lips, exhaling softly, the sound shaky. “What in the world was that?”

He smiled. She was a bundle of nerves, his publicist.  Always running around, a little manic, a lot frantic, riding his ass to do this, do that. She’d been harder on Hamilton, but that crazy guy needed someone to rein him in most of the time.

“I thought it was a kiss? Unless I’m doing it wrong…” A chuckle escaped him, and he hoped she was in on the joke.

“No. You were definitely not doing it wrong.” She blew out a trembling breath, her gaze cautious. “I just want to make sure we’re both on the same page.”

“Well, I’m pretty sure we’re on the same page.” Leaning in, he nuzzled her cheek with his, kissing a soft path along her fragrant skin until his mouth was on hers once more. “A shame you didn’t recognize it.”

She smiled against his lips, her fingers tightening in his hair. “I just thought…”

“Thinking gets you nowhere,” he whispered just before he took the kiss deeper, his tongue thrusting, his mouth devouring. She was a thinker, which meant she set her brain to smoking more often than not. And he wanted her feeling, not thinking or worrying.

He gripped her hips with both hands and pulled her in, wanting her as close as he could get her. This…thing between them had been brewing for a while, torturing him. She’d been by his side almost constantly the past few months, guiding his career, carefully preserving his image.

Every time he was with her, the scent of her hair drove him wild. The way he caught her looking at him, her gaze hungry, her lips damp, echoed an answering call deep within him.

Additional Books in this Series 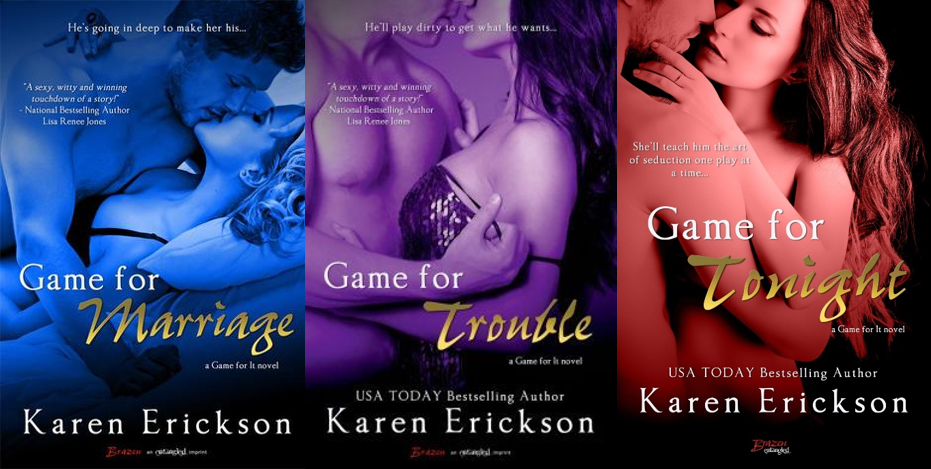 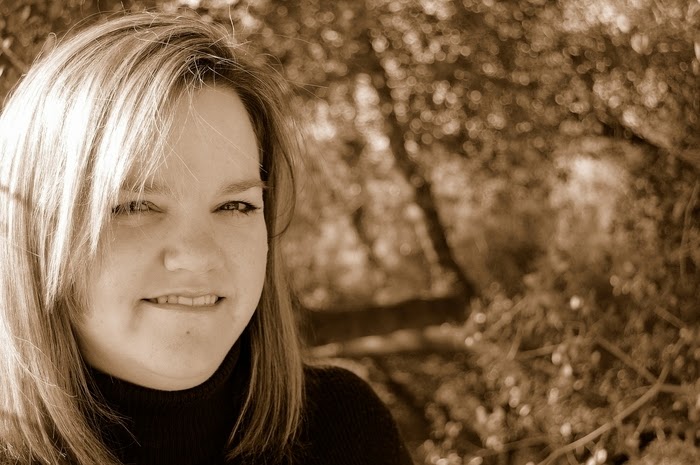