Blog Tour ~ Pushing The Wall, A Memoir by James Duckett


What kind of idiot would run a marathon without training for it first? Me.

Sure, I’d heard all the horror stories. Endurance athletes always fear “hitting the wall,” that point where the body runs out of energy and, BAM! Roadkill. With no conditioning, I feared smashing into this wall hard enough to leave a dent.

I wanted to train for the 2010 St. George Marathon, but after breaking my foot, the only marathon I could handle was on Netflix. When the race came, I just wanted to pick up the shirt I paid for, but peer pressure and the energy of the other 7,000 runners convinced me to go for it. My plan? Push the wall past the finish line. Then I could grab some ice cream, crawl into my truck, and drive home.

This memoir details my love/hate affair with running, why I didn’t prepare, and how I survived 26.2 grueling miles that I had no business attempting. This book also includes running tips for anybody looking to maximize their training experience, covering topics like: 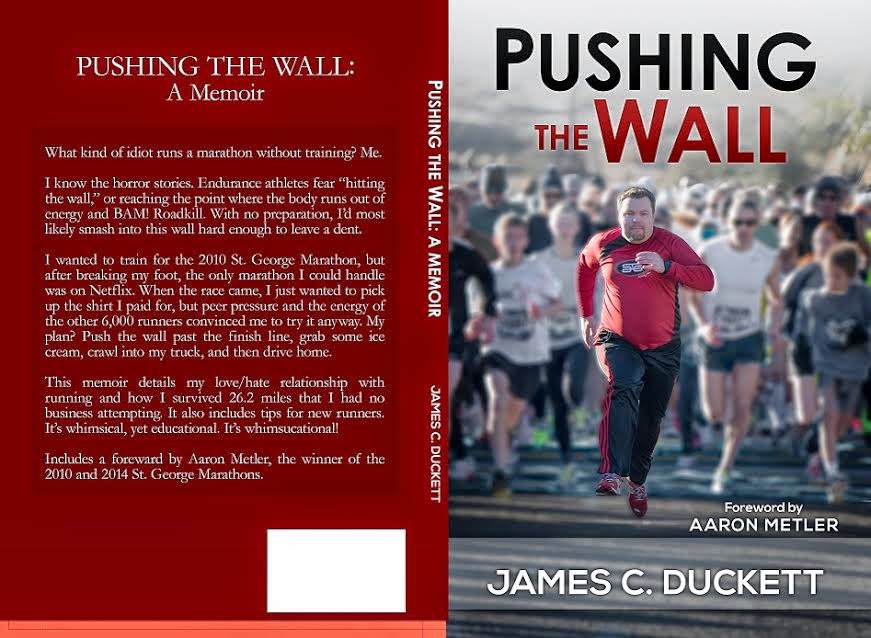 Setup: After that last incident, I ended up in this boot-instead-of-a-cast thing and didn't train for the marathon. But curiosity got the best of me and I ended up on the bus to the starting line the morning of the race. I figured I'd watch the runners take off and then find a ride back down into town. But this happened:

I got to the loading area by 4:40 am and climbed onto a bus. Two hours remained until the starting time and more self-doubt crept in. What am I doing here? I’m a fraud and it won’t be long before everybody realizes it. I didn’t train; I don’t deserve to be here.

It was a dark ride, both outside the bus and in my mind. The drive itself took over half an hour and I stared out the window the entire time wondering how I could ever cover all this ground. The girl I sat next to was the polar opposite of me. She’d ran eleven marathons; I feared I’d not survive my first attempt. She tried to make small talk; intimidation overwhelmed my every thought. She tried to encourage me with her giddy attitude; I probably came across as very rude as I questioned why I didn’t just stay in bed. She was relaxed and good to go; I was wound up like a jack-in-the-box and on the verge of puking from the butterflies in my stomach.

And of course, every worse-case scenario kept popping into my head. I wondered how far I’d get before I keeled over. How long would it take for paramedics to show up and scrape me off the road before throwing me in the back of an ambulance? My legs were stiff and my hamstring bothered me, and overworking them for over twenty-six miles only spelled doom. Running guides suggested putting in a good twenty-mile run a few weeks before a marathon, but I still hadn’t recovered from the longest run of my life which came nowhere close to that goal. Not only that, but those 13.1 miles left me with zero energy. What was I doing here, attempting twice that?

The girl I sat next to tried her best to rid me of my doubts, but it was easy to dismiss the energy and excitement of one crazy person. I’d embraced the doom and gloom; the bus driver had turned out the lights for the drive up there and it only added to my lack of confidence.

However, my pessimism vanished as soon as I stepped off the bus at the starting line and the night disappeared. Not that the sun had risen—that wouldn’t happen for another hour or so—but the city had set up so many lights in the area that it dispelled all darkness. The bright lights took on a symbolic meaning for me as it fought the doubt and discouragement that had built up in my soul.
There was also a different energy in the air. While one excited runner couldn’t penetrate my shield of fears, I could not resist the inspiration that came from over six thousand enthusiastic runners. Some of them appeared excited and anxious, yet ready for their big day. Some of them took on a demeanor like it was a typical morning for them—I wasn’t a big fan of those people. Most were something in between these extremes, but I didn’t see anybody that seemed as nervous or doubtful as me. This new energy was contagious, and I had nothing but excitement for whatever came next.

Music also filled the air, adding to the wonderful mood. The city hired a DJ who played upbeat music from the top hits at the time, and the throngs of runners reacted with the energy of a bunch of groupies at a rock concert. This wasn’t a dreary place to contemplate the fears of running, this was a party!

Every now and then, a moment happens that changes my entire perspective on a situation. A paradigm that, once embraced, I’d desire to share it with everybody I knew so they could see and understand the miracles of life. Call it spiritual experiences. Call it life-changing events. They happen so rarely, but they always leave a profound impact on my body and soul.

This was one of those moments.

My discouragement not only fled, but I forgot I even had any as an eagerness to participate took its place. I may not end up finishing this race, but nothing was going to stop me from trying. 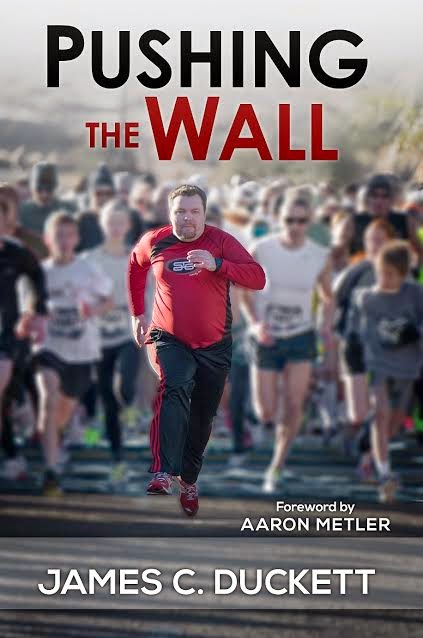 James loves to write, but he doesn't like to brag. Just kidding, he totally loves to brag. And refer to himself in the third person. Because both those things are cool. Right?

James Duckett is a founder and Chief Technology Officer of the Authors' Think Tank Facebook Group and Podcast. He wrote his first story in the 2nd grade and has been excited about writing ever since. He wrote his first book when he was 14, but one of his friends did the world a favor and accidentally threw it away.

“Pushing the Wall: A Memoir” is his first book. A contemporary romance (yeah, you read that right) novella will appear in an anthology on March 31st, 2015. He's introverted, geeky, funny looking, unpredictable, and easily distracted by the latest gadgets.

1) Socks. Seriously, I love socks! When people ask what I want for my birthday or for Christmas, the answer is always socks.
2) Scriptures. I read them and life just feels better.
3) Dogs. Cats barely register as "tolerable", but then, that's how they think about humans.
4) Running, which might be a duh. But really, anything that gets my heart racing. Racquetball is a favorite.
5) High fives and fist bumps. Much more sanitary than a handshake. I'm saddened by the decreasing use of the high five, it just says so much about a person and I think society is worse off for abandoning its use. Fist bumps kind of make up for it, but you can't do it with a ton of excitement like you can a high five.
6) Foods: Italian pastas. Brownies. Combinations of peanut butter and chocolate (Reese's are my favorite).
7) Movies: A Few Good Men, Dan in Real Life, How to Train Your Dragon, and The Wedding Singer are the first that come to mind. Not in that order.
8) Actor: Robin Williams will always be king to me. I wept when I got news of his passing. I still haven't brought my self to be able to watch one of his movies. Actress: Ummmmm..... nobody comes to mind. As a teenager I seriously crushed all over Alyssa Milano, but I'm over that. She isn't yet, but I keep telling her to give it time. Otherwise... sorry, nobody comes to mind. WAIT! Mrs. Doubtfire. Whoever played her was BRILLIANT!
9) My Kindle. I love reading, but I hated lugging around books by my favorite authors. Stephen King and Brandon Sanderson have teamed up to give me back problems. But I love my Kindle Paperwhite. Tons of battery, no eye strain, and it doesn't way a ton to copy around.
10) Friends and family. Though I'm an introvert, I'm still grateful to those who have been there to enrich my life.