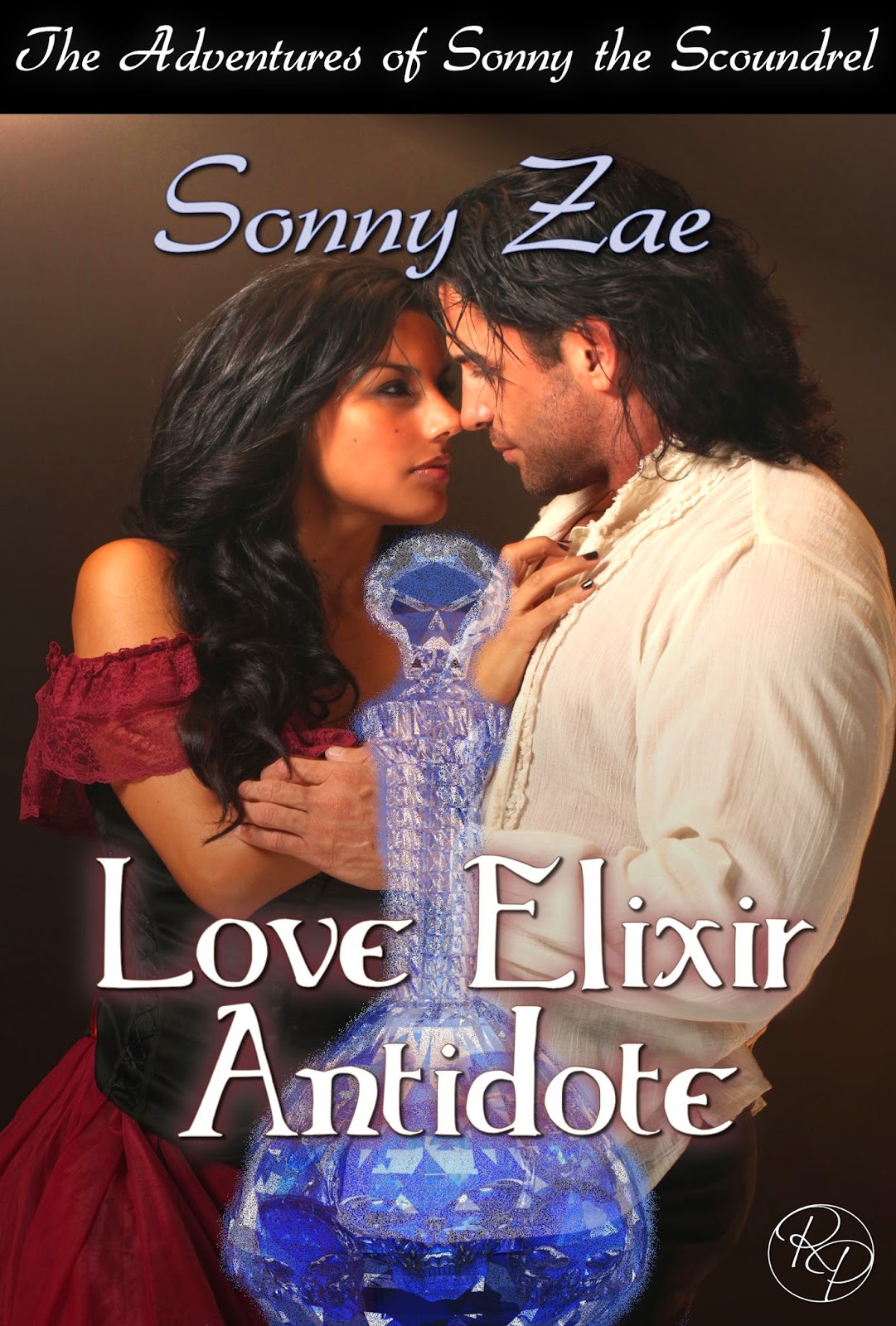 Love Elixir Antidote
The Adventures of Sonny the Scoundrel


Keywords: Fantasy, Medieval, Satire, Humor, Fantasy Adventure, Romantic Comedy
Description: Sonny the Scoundrel lives with Grandpap, the wizard in their rustic village of Sow's Teat.  Sonny is dashing and handsome, but his reputation is widely known.  When a former flame announces her marriage to a suitor from a distant city, he knows it will be a grand affair attended by visitors from far beyond their village—including young maidens who are unaware of his dubious reputation. Since the visitors will include his favorite type of maidens—those he can romance and never see again, he nicks a love elixir from Grandpap in advance of a big wedding,.  Sonny is confident he can charm any of the visiting maidens without need of the love elixir, but why work harder than necessary?   When he adds too much love elixir to a girl's cup, Sonny discovers making her fall out of love with him is much harder than he imagined.  Unfortunately, there is no love elixir antidote and Sonny must use his wits to wriggle out of her clinging claws.
~~~oOo~~~
Roane Publishing is giving away THREE ARC copies to three lucky winners!
You don’t even have to be a blogger.
If you are willing to leave an honest review between the dates April 20th and May 1st, you are eligible to enter.
How? Simply fill out the form! You have until Midnight of March 28th when three winners will be chosen by random drawing.