We are excited to share this collection of short stories by Author R.M. Riddley!
Come join us along this tour as we look over each story and get to know more about this author!

Blondes, Books, and Bourbon is a collection of short stories that we will be learning about over the next week. Each day is featuring one of these stories.
Today's Featured  Story is: Legerdelivre

There’s nowhere Richard Tomlin can hide when it comes to the controlling powers of a dusty grimoire, but can Alvey truly help him? 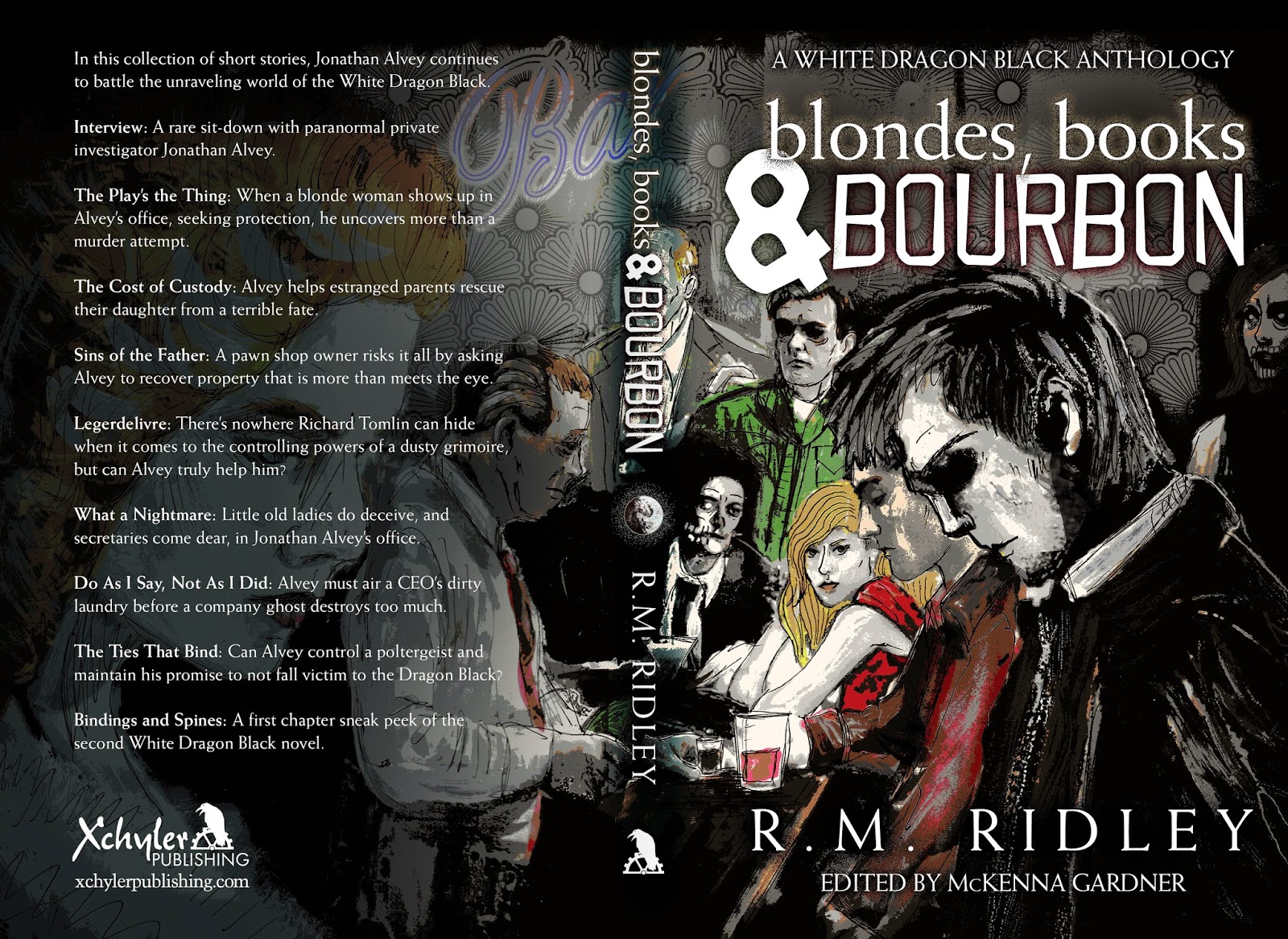 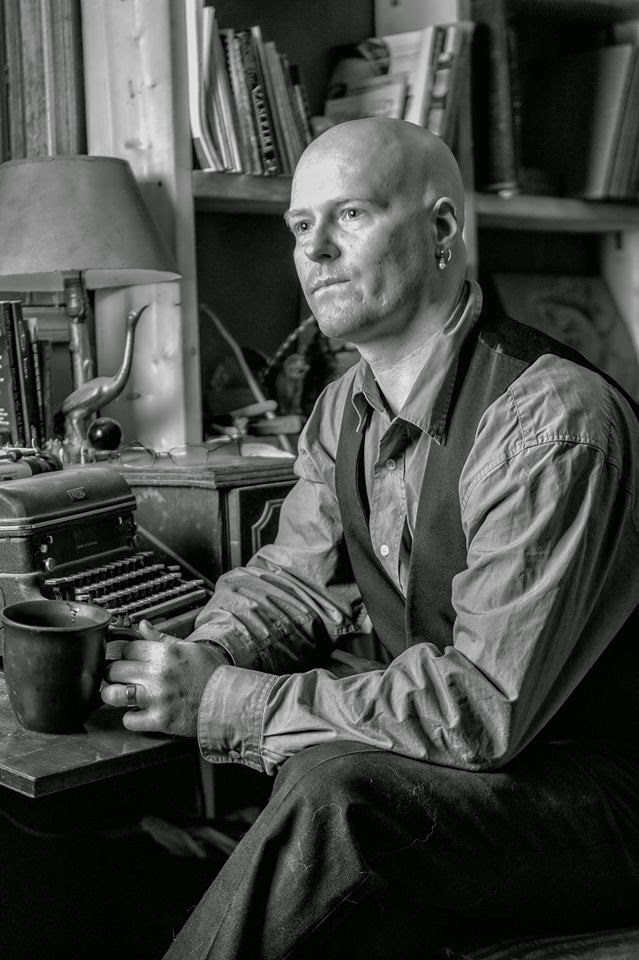 R.M. Ridley lives with his wife on a small homestead in Canada, raising chickens and sheep. He has been writing stories, both long and short, for three decades, the themes of which range from the gruesome to the fantastical.


As an individual who suffers from severe bipolar disorder, Ridley is a strong believer in being open about mental health issues and uses his writing to escape when his thoughts become too wild.

Some insight, a secret or two about each of the stories


‘Interview’ was actually written for a blog that was promoting the first White Dragon Black novel, Tomorrow Wendell’. They asked for a character interview and that really gave me pause. I tried to wrap my head around what sort of circumstance would find Jonathan Alvey giving an interview and realized there was only one.

‘The Play’s the Thing’ is the second story written in the WDB world. It was a fun tale to write, and I did so quickly, but it opened up a deeper understanding of both Jonathan, and his world, for me. It was also the story that made me realize I would be seeing a lot more of that character in my future.
‘The Cost of Custody’ was written as a submission for Xchyler Publishing’s open call for their next anthology. It was the first time I had submitted anything involving Jonathan, and I was actually quite surprized when it was accepted into ‘Shades and Shadows: A Paranormal Anthology’. This was the first time the public was exposed to the character who had taken over all my writing time… clearly it was only the beginning.
‘Sins of the Father’ is the story that started it all. At the time, it was quite a digression from my usual style. I thought it a one off, a cute tale that stretched my writing ability and nothing more. However, once it had been written and edited, I found the writing department of my mind had been cleared of everything but a brooding figure with his feet up on a battered desk.
‘Legerdelivre’ was written long ago, and then about a year after, my Muse showed me a different possible ending to the story. I enjoyed it in my head but never put it into words. When we were editing that story for ‘Blondes, Books, & Bourbon’, I told my editor, McKenna, about the alternate ending and asked if she’d like me to write it up. She suggested I should write it and another, if I could. It wasn’t that the original ending was bad, but the idea of managing to get a better one, was tempting. I went to work on it immediately, and not only wrote out the one I’d carried in my mind for quite some time, but a third ending as well. The version that is in this anthology is actually the best parts of all three ending fused into one. It wasn’t the easiest to pull off smoothly, but I couldn’t be happier with the way it turned out.
‘Do As I Say, Not As I Did’ holds a special place in my heart because it a story that shows that Jonathan can intentionally be, when he really wants to, a bit of a jerk. That, to me, is simply entertaining. Hmm, maybe this says something about me I should admit in an interview.
As I said, my stories come from my Muse, but sometimes I can say, ‘Hey, can we work with…’ and she’ll give me a story, there are two of those in this anthology. For the first, I wanted a story that was centered on Jonathan and his problems with keeping a secretary. That was it. That was what I asked for. After a day of musing (where do you think the term comes from?) what I got, was the story, ‘What a Nightmare’. The second was ‘The Ties that Bind’ and it came about because I wanted a short story that tied into the next novel ‘Bindings & Spines’. I wanted to create a tale that stood alone but, when read in conjuncture with the novel, enriched the understanding of the what, and why, of Jonathan trying to go ‘clean’ from magic.

Character Casting: Who would you cast for your main characters and why?


When I first started writing Jonathan I had an idea of him, his looks and manners, but no real face I could say ‘Like him’, that changed when I watched an episode of ‘Sanctuary’. There was a guest actor, who I knew well from watching SG-1 but who looked much different as this character. When I saw Michael Shanks, as he appeared in this role, I suddenly had a face for Jonathan.

March 24: Sins of the Father
semishort.blogspot.com
http://thewritersrevolution13.blogspot.com – Review AND Excerpt AND Character Casting

March 26: Do as I Say Not as I Do
http://thenaughtlibrarianplayground.blogspot.com/ - Review AND Author's Top 10s Favorites list AND Character Casting
http://kathyree.wordpress.com/ - Excerpt