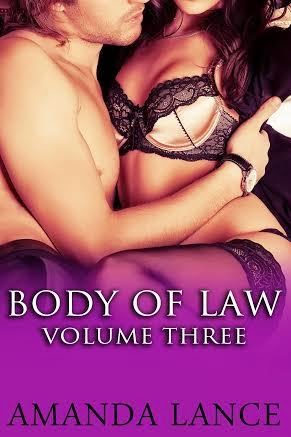 I should have known I couldn’t change him.

Maybe I was even wrong for trying, but I really thought Sebastian Scott had something redeemable about him (other than his body anyway), something I could bring out if I cared about him enough.

But even though I’m not his intern anymore, I can’t deny our physical attraction, ruining my chances of a relationship with anyone else. If that weren’t bad enough, Sebastian’s behavior has become more erratic than ever. I want to blame it on the stress of the lawsuit but I have a feeling it is something else entirely.

BUY IT ON AMAZON

Haven’t read the first two volumes? Get them now!

A native of New Jersey and lifelong nerd, Amanda Lance recently completed her Master in Liberal Arts at Thomas Edison State College after her BA in English Literature and AFA in creative writing. As an avid reader of all genres, some of her favorite authors include Hemingway, Marquis de Sade, Stevenson, Bukowski and Radcliffe.

When she isn’t writing or reading, Amanda can found indulging in film noir or hiking with her other half and their extremely spoiled dog. She is obsessively working on her next book and trying to tame her caffeine addiction.
﻿
Posted by Unknown at 03:00