About Built To Last

At seventeen, the small town of Saltwater Springs had been everything to Scarlett Devereaux—as had her boyfriend Luke. Never had she imagined she’d have to leave them both behind—until the night that changed everything. A decade after skipping town Scarlett returns to start over in the only place that ever really felt like home. But when nothing goes as planned, she’s forced to turn to Luke for help.

With a drunk for a dad and a mom making pocket change at the local diner, no one ever thought Luke Garrity would amount to anything. After building a successful contracting business he’s proven everyone wrong professionally, but things in his personal life are upside down. Making it the exact wrong time for Scarlett to return to Saltwater Springs.

With a history of devastation and heartbreak between them can Scarlett and Luke make amends, or will secrets from the past threaten the foundation of Scarlett’s new life? Were Luke and Scarlett really built to last?


Built To Last is available now – add it to your Goodreads list here!

Read Built To Last for free on Kindle Unlimited ~ Amazon 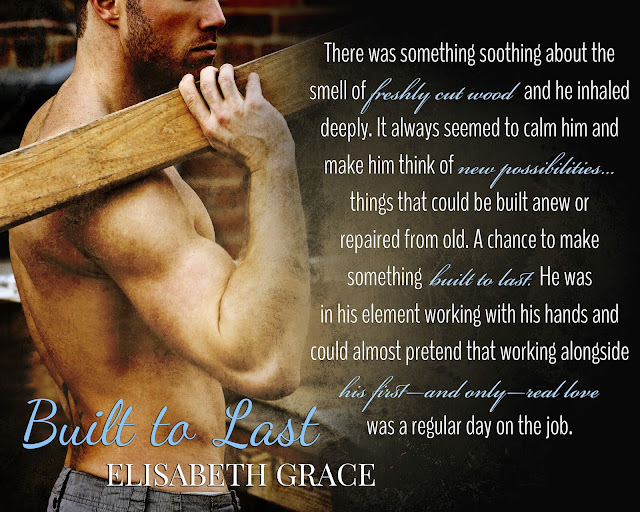 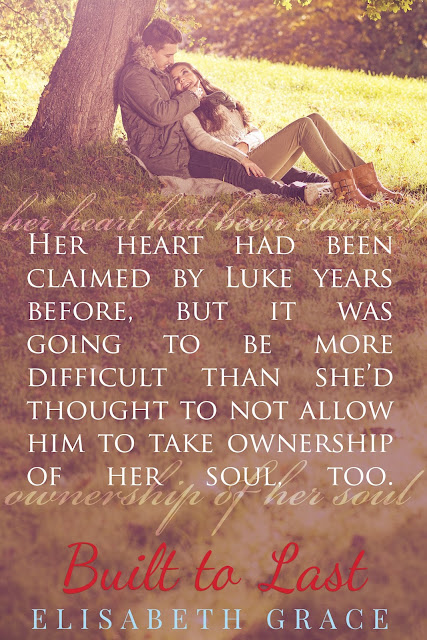 
“Place your left hand on the piece of wood away from where you’re cutting, but close enough that it’s comfortable.” She did as he instructed. “Good, just like that. Now you’re ready to cut.”

Luke moved to stand beside her. Scarlett was nervously biting her lip. “I don’t know if I can do this.” She glanced up to him, her eyes almost pleading with him not to force her.

He couldn’t help but wonder what had happened to the spitfire of a woman she’d been blossoming into before she left town. Not only had she lost some of her Southern accent during her time away, but apparently she’d also lost some of her “hear me roar” attitude. What had shaken her confidence so much that she questioned her abilities? His stomach twisted at all the different scenarios running through his mind that could have made that possible.

“I’ll help you with the first cut.” Luke positioned himself behind Scarlett and leaned over her bent frame, placing his hand over hers. Her soft hand twitched underneath his for a second and then settled. “All right, the key is to keep an eye on the saw base as you cut and to push with enough force that the saw keeps moving through the wood, but not so fast that the saw seems to slow down. Sound good?”

She nodded, the movement of her body shifting her hips ever so slightly—enough that he became painfully aware of his crotch’s proximity to the juncture of her thighs. He shifted his weight, trying to get comfortable in pants that were becoming more uncomfortable by the second. Scarlett’s whole body tensed underneath him.

With a deep breath, Luke decided the best course of action was to ignore her response to being so physically close to him, even though her rigidity further twisted the knife she’d dug into him a decade earlier, leaving him wanting to question why he was never good enough.

Scarlett cleared her throat. “Let’s get this over with.” Her words dug the knife in deeper. “Once I have the first one under my belt, I’m sure it will get easier.”

Maybe that’s all he’d ever been to her—a notch in the proverbial belt for experience sake. He’d never thought he was just a good time to her, but she’d left him questioning everything. “Turn the saw on then, and I’ll help you guide it,” he said in a brusque tone.

The sound of the blade whirling against the side of the wood cut through the silence in the storefront and Scarlett jerked a bit, startled, bumping into him.

Not at all helping the situation below his belt.

Luke lightly squeezed her hand below his, indicating that she should push the saw forward. As she did, bits of wood and sawdust bounced up and into the air. Five seconds later, the small piece they’d cut fell to the ground and the saw’s rotation started to slow.

The noise died down, and Luke was about to congratulate Scarlett on making her first cut when a shrill voice rang out from behind them.

“Well, well. Isn’t this cozy? Still trying to sleep your way into high society, are you, Luke?” 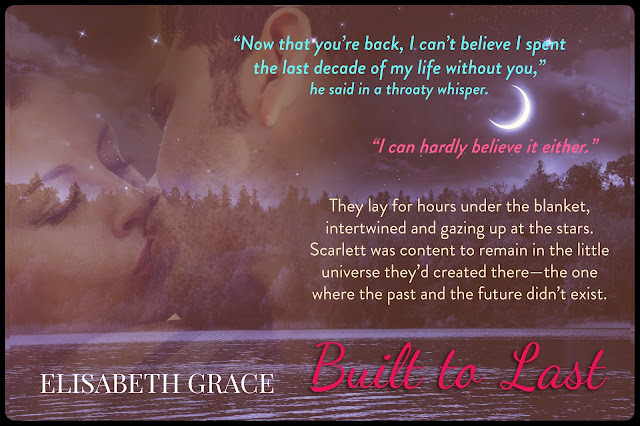 If you love second chance love stories, then this is the book for you!

Scarlett Devereaux found the love of her life when she was teen, but life threw her a couple of curve balls. Life changing curve balls. So she took off without notice, leaving behind a lot of unanswered questions.

Luke Garrity has been trying to forget the woman that broke his heart so many years ago. He's made a name for himself, so much different than what people expected. Things over the years haven't always been easy, but he's persevered and has everything he could ask for except someone to share his life with. Can there be someone out there for him? Someone other than the woman that still holds his heart?

Life has brought Scarlett back to Saltwater Springs and this time she's home for good. She's opening a bakery but the place needs a little renovation, but the last person she hired took her money and then took off. Now she's on a tight budget and in a time crunch. She's at a loss at what to do when she spots a number for a contractor, her last hope. But when he arrives, Scarlett is taken aback to see it's Luke. And he, in return, is just as stunned.

Now that they have been brought together, can they work through their past issues and come to terms with their feelings? After all is said and done, will the past stay in the past? Or will they be able to build a future, like they once dreamed of?

If you love second chance romances, sweet sensual romances, or heart-warming story, then this book is defiantly for you. Elisabeth's got a knack of pulling you into the heart of a story and leave you with a smile. 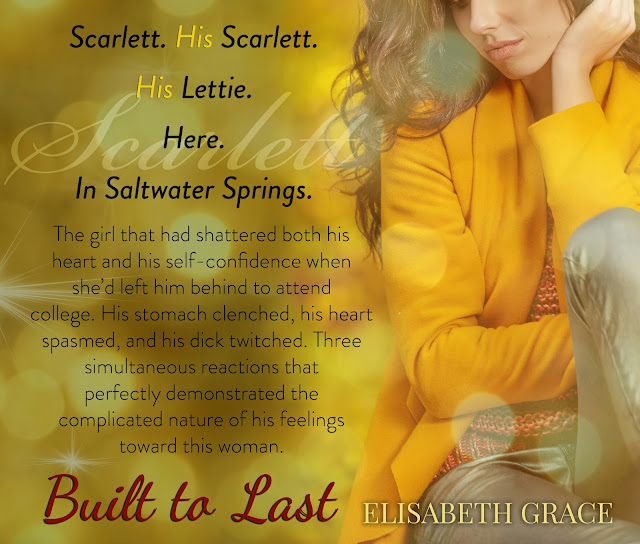 Want to win a Kindle Fire?
Stop by Elisabeth Grace's website for more information on how to win!

Newsletter
Be sure to sign up for Elisabeth Grace's newsletter!

Gabbing with Grace
Have you joined Elisabeth Grace's reader group on Facebook?
Make sure you do so - you'll be able to chat with other readers and Elisabeth, get exclusive sneak peeks, and more!