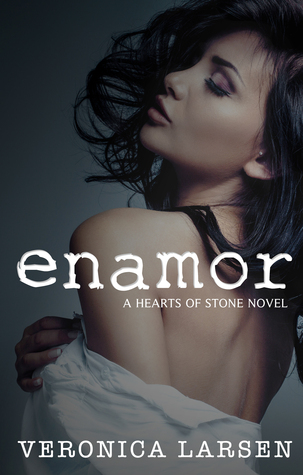 He’s infuriating on purpose.
She’s too irresistible when she hates him.


The first step in solving a problem is recognizing there’s one to begin with. Here’s mine. My new roommate is a conceited, womanizing jerk. He pushes my buttons and drives me so crazy I want to strangle him daily.

There’s a million reasons why I should stay far away from him, the most obvious of which being that I hate him with the fire of a thousand suns.

Except that I don’t hate him.

I sometimes wonder if this back-and-forth between us is all just pretend. All part of a diversion, a line of defense against the heat we generate whenever we are near each other.

It's a reckless game we're playing, treading the edge of an attraction so intense it might as well be a grenade.

I walk over to the rack of cue sticks and grab one, testing it out in my hand. It's been a while since I've played pool. After grabbing a second stick, I turn to hand it to Giles and the sight of him sitting on the edge of the pool table, watching me, catches me off guard.

He's still shirtless, wearing a pair of red swim trunks that fit him too well. I'm used to seeing him this way. He’s always shirtless around the house. I've pretty much memorized every inch of his upper body. It's hard not to, when he's all compact and lean muscles under smooth skin.

I know he can't see himself. I know he didn't plan for the room's lighting to hit him in just the right way, casting shadows in the hollows of his shoulders, biceps, and abs, accentuating his build. He's set in a spotlight of sorts, which allows glints of the copper tones in his hair to make his eyes glow as if they're lit from within.

I stare for too long, but he pretends not to notice and reaches for the second cue stick in my hand.

"Ladies first." He gestures to the table behind him.

I pass him and, reaching the pool table, I rest my forearms on the edge of it. With careful aim, I lunge my cue stick forward and send the cue ball crashing through, balls scurrying in all directions, three finding their pockets.

"Impressive," he says, from somewhere behind me, though I could've sworn he was off to my left just seconds earlier. "You landed two solids. Looks like I'm stripes."

I move around to find my next target and as I lean forward to make a strike, a hand lays on the table, centimeters from my waist. The surprise makes me miss my shot, and though I hit the cue ball, it jerks forward only an inch or two.

My skin prickles with awareness as I turn to face Giles. He's standing right there, face barely six inches from mine. So close I swear he's about to kiss me. My breath gets trapped in my chest and I'm not sure if I'd stop him.

"Can I tell you something without you getting offended?" he asks, voice just loud enough to reach me.

I nod, unsure how he could say anything that could offend me when he's standing so close with that look in his eyes.

His gaze moves down my face, to the space between us, to my body, and I hope he doesn't notice I'm breathing just a little harder than before.

"You have the most beautiful body I've ever seen."

He looks and sounds so genuine that I couldn't make a joke if I wanted to. Lost for words, I bring my lower lip in between my teeth. And now he's looking right at my mouth.

My head spins. The air is just so thick all of a sudden and my thoughts are too fast and too slow at the same time.

"Thanks," I say, looking down at the way his arm stretches out beside me, his grip closing over the edge of the table. If he set his other arm the same way, I'd be trapped between them.

But he doesn't cage me in. Instead, he brings his hand up to my face and runs a finger over the edge of my forehead, collecting my hair and tucking it behind my ear. He’s never touched me before. His fingertips grazing my face make my heartbeat go off rhythm.

"I came here for a reason," he says under his breath, almost to himself, "and now I can't remember what that reason was."

I feel the same way. My cue stick is still in my hand, the only reminder we came here to play pool, but suddenly the thought of that game isn't as enticing as standing here so close to him. His hand lowers from my face to my arm, caressing my skin along the way, triggering trickles of sensations that spread across me. His touch is foreign and yet strangely familiar, as though my body has imagined this moment even while my mind has refused to consider it.

"I get the weird feeling you're hiding your body," he says. "That you don't feel comfortable in your skin but…"

He shakes his head. "But I've seen your body, Julia. And I swear, I can't stop thinking about how it'd feel under mine."

Did he just say that? The room warms ten degrees in an instant.

What do I even want to say?

My thoughts are turning me in a dozen directions, making it hard for me to know for sure what to say, what to do. My eyes are on his lips, despite not wanting him to spy just how badly his touch and proximity affect me.

"I keep wondering if the curiosity is mutual," he says, hopeful.

"I can't say I haven't thought about it," I hear myself respond in a voice I barely recognize.

I've never seen this look in his eyes. It's like he's been pulled under a spell, lids lowering, words slow. His hand comes up again and he brushes his thumb over my bottom lip, pulling it slightly down. I let him.

Desire, hot and thick, spreads wider across his face with each passing second.

"And this mouth? I think about it a lot, too. What it would taste like…what it would feel like..."

My lips part farther as I exhale in surprise.

Is this happening? I wait for the inkling to pull away from him, to stop this before it goes further. But no part of me wants this to stop. The heaviness between my legs makes every other thought in my mind seem so small and trivial. And Giles? I bet he's anything but.

Veronica Larsen is a contemporary romance novelist who aims to write layered characters and compelling story-lines. Her romance novels are equal parts angst-driven and steamy. They tend to feature strong, but flawed female leads who keep their male counterparts on their toes. Veronica has a thirst for understanding the inner workings of character's minds, a curiosity propelled by her degree in psychology. She's an avid reader of all genres, coffee addict, and an unapologetic Potterhead.