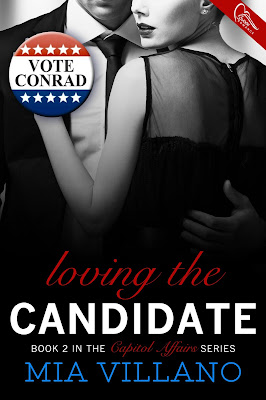 Alex and Prudence return in Loving the Candidate, the second book in the Capital Affairs Series, following Loving the Senator.

Alex and Prudence finally have everything they ever wanted. Years of push and pull have concluded in a storybook wedding complete with a romantic and bliss-filled honeymoon.

But, that is short lived.

When a tragedy strikes, they land back in the news and find themselves at the mercy of the paparazzi.

But the Senator from Virginia isn’t one to let his politician aspirations suffer at the hands of a vicious and vindictive media. He has a keynote speech to give at the Democratic Convention.

Unfortunately for Alex, it isn’t the media he has to worry so much about. Prudence discovers a family secret that had long-sense been buried which makes her question everything in her life – including her relationship with Alex.

Can they remain strong despite all that comes their way, or will LOVING THE CANDIDATE turn out to be harder than Prudence ever imagined? 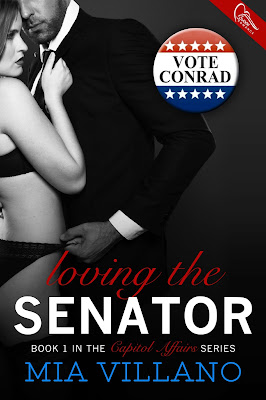 
a Rafflecopter giveaway
Posted by Unknown at 07:00