His Contract by Rebecca Grace Allen
Date of Publication: November 10, 2015

Lawyers know when to play by the rules…and when to break them.

Harvard law professor Jack Archer once balanced his professional life with the private world of dominance, surrender, and trust he shared with his wife. Since cancer stole her a year ago, finding love again—her final wish for him—is the furthest thing from his mind. From his empty house to the classroom, grief follows his every move. Until he meets a young woman with shadows in her eyes even darker than his own.

Once a shining star at law school, Lilly Sterling's dreams died when the Dom she trusted left her heartbroken and lost. She's starting fresh in a new city as a paralegal, but meeting Jack reawakens all her old demons—and her lingering desires.

Jack offers to become Lilly's mentor for both the courtroom and the playroom, but tells himself it's not a relationship. Their carefully worded contract guarantees that. But when their trial agreement starts heating up, both Jack and Lilly must decide what will tip the scales: the letter of the law…or love?

Warning: All rise for a book that contains a wounded submissive and a Dominant who wants to retrain her while retaining control of his heart. Discovery phase may involve spankings, bondage, edging, and blindfolds. Is it hot? You be the judge. 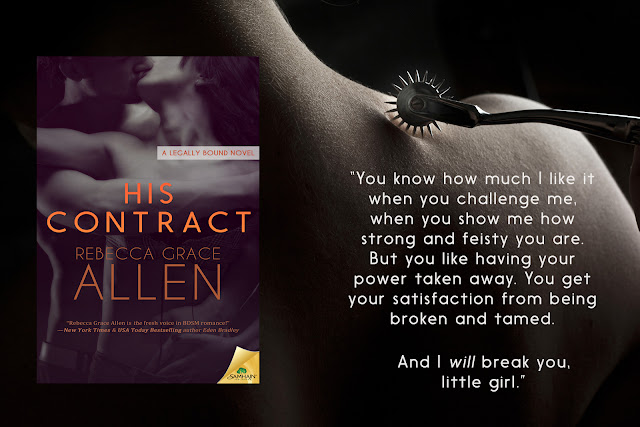 Jack closed his front door and leaned against it, as if doing so could shut out what he’d felt tonight. As if it could shut Lilly out. He’d wanted to murder Patrick for leaving him alone with her, and yet, during that short time, he’d forgotten how for the last year it had hurt to do anything more than breathe.

Hearing she was at least older than Josh was a small comfort. His age, however, seemed of no consequence. He’d thought she hadn’t read anything into the question, that the attraction that was driving him out of his mind was all one-sided, but Lilly’s blush said otherwise. As did the quick pass of her soft, pink tongue over gorgeously full lips.

Jack groaned and scrubbed his hands over his face, then looked at his scar. He could only imagine what Lilly would think if she knew where it came from, what kind of life he’d lived. The Dominant he once was.

He closed his eyes and saw Eve in their playroom, the two of them beginning their scene with practiced words.

Grief shouted from the past. But the image was quickly replaced with one of Lilly looking up at him in the bar. How would she react if he ordered her to strip for him? Would all of her skin bloom with the rosy hues he’d seen on her cheeks? Jack’s mind traveled to a place where he had her bound and naked, telling her to bare everything to him—body, mind and soul.


Realizing where his thoughts had strayed, he tried to shut the fantasy down but it was too late. Lilly had flipped a switch in him, waking the part that had been buried under the ashes of Eve’s death. And now that he’d opened that door, he didn’t know how to close it again. 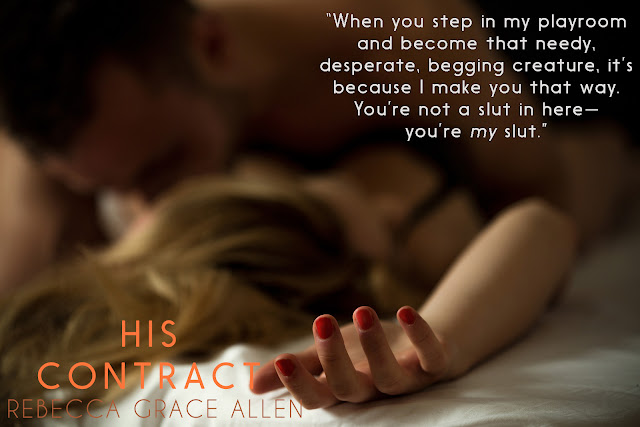 You married that one person that makes your life complete. You share many happy years together, raise a child, and an enchanting sexual relationship. Life couldn't be better in your eyes. But fate decides to throw you a curveball... your spouse is diagnosed with cancer and slowly is taken away. It's heart wrenching to say the least.

Your spouse's last wish is for you to find love again, but it's something that's too hard to accomplish. You miss the life you once had, beside the point that no one strikes your fancy.

That is until your best friend and brother consiper you to join them at a local bar. One look, one simple conversation and that person is the only one that captures your imagination. That spark you thought died is now on fire. You want to know more about this person, but something is keeping you at bay. The age difference for starters is a bit much, in your opinion.

This is Jack Archer's dilemma, he's ready to start moving on but the person he wants isn't someone that is about the same age as his son.

Lilly Sterling is attracted to Jack in more ways than one. She recently moved to Boston after a recent break up. The breakup was hard and life changing, but more importantly, it destroyed her self-esteem.

One night, Jack approaches her with a proposition that is too hard to resist. Their relationship will take place within the guidelines outlined in the contract, it's the perfect arrangement. At least on paper.

The more time the pair play together, the more they want from the relationship. The only problem is that Jack isn't ready for more and he feels she deserves someone closer to her age. Lilly wants Jack, but after he pushes her away, a blast from the past shows up that makes an offer she wasn't expecting.

Will she take the offer? Will Jack see realize his feelings for Lilly before it's too late? Or will Lilly surprise everyone and make a decision least imagined?

This is a captivating story that offers a second chance at love. Our hero gets a chance to love again after the death of his wife. Our heroine gets a real chance to discover the lifestyle that nearly broke her at the hands of her last boyfriend. Together they grow and learn that life is at their fingertips if they just take the jump. And I loved that Jack and Lilly have a group of family and friends that are there for them in good times and bad.

This is a very enjoyable read that captures your heart from beginning to end. I loved this couple and the journey they took. Theirs may not be a conventional relationship, but the passion they share is something anyone can relate to. 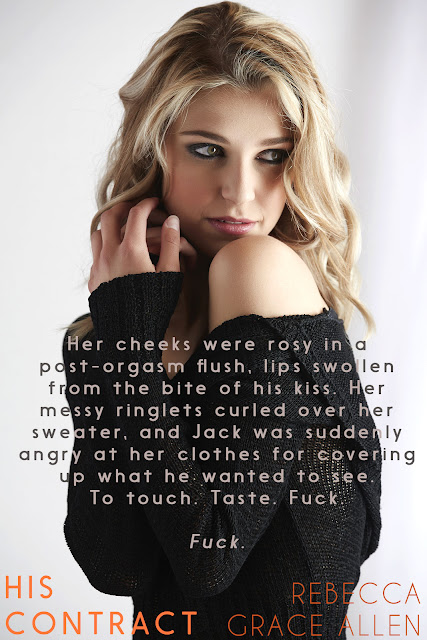 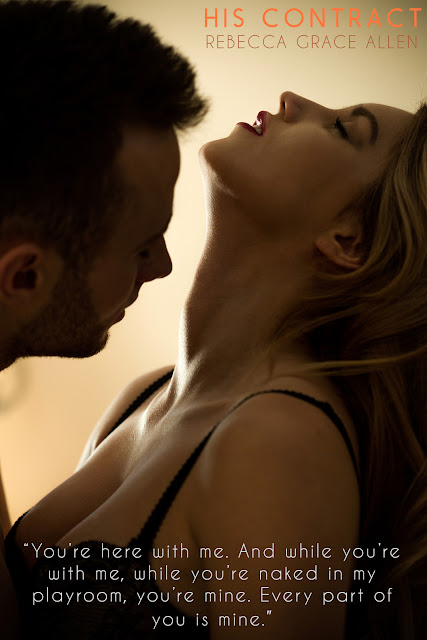