There’s only one man for wild child Jenna McCaffrey—her best friend’s sexy grouch of a brother. For years, she’s wanted to get her hungry hands on the straight-laced professor and break his careful control. She’d come so close once… But now, her friend’s wedding party ranch getaway is the perfect opportunity for a do-over. And poor Rob won’t know what hit him.

Professor Rob Lindgren is close to attaining his final dream—tenure. Unfortunately, the university’s morality clause is making his life hell. He’s dying to let loose, and a weekend away from home is just what he needs…until he sees Jenna. She’s exactly as he remembers—still brash, still bold, still damn near irresistible. And Rob is tired of fighting…

Too bad they can only have one wicked weekend together. No way will Jenna’s wild ways ever fit in Rob’s perfectly planned life… 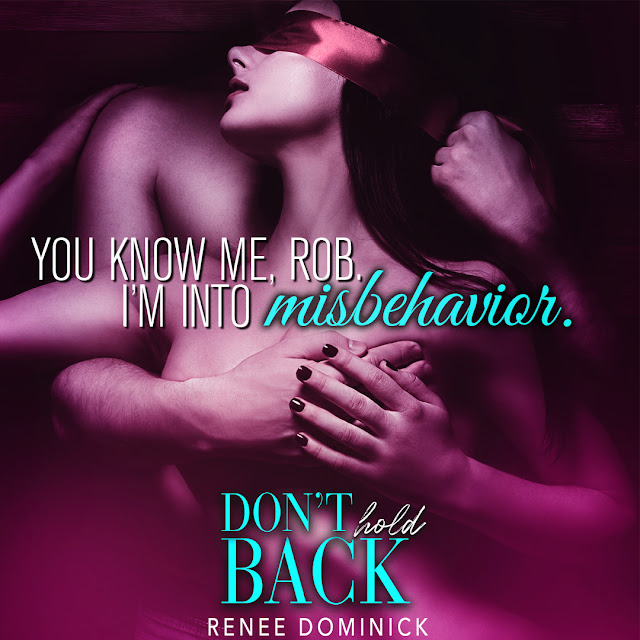 Rob answered her knock with a toothbrush in his hand like a weapon. “Jenna.” How did he do that, pack so much frustration into one word?

He had undressed part way, leaving his undershirt half-untucked, his slacks unbuttoned, and his belt hanging loose in the loops. She had no right to the relief she felt, but she was happy for it anyway.

“Cookie?” she asked. It only then occurred to her that just because he wasn’t in her cabin, that didn’t mean he wouldn’t have someone in his room. She leaned a bit to the left.

He tossed away his toothbrush—she heard the faint clatter of it landing on a hard surface—took the cookies from her hand and set them somewhere, then flicked the security latch out so it would block the door from locking. Then he stepped into the hall, cutting off her view inside. “What are you doing here?”

She tried to read him, but the stern façade thwarted her this time. “Do you have company?”

“Would it matter if I did?” Without her quite being aware of it, he’d backed her across the hall. Something rebellious stirred inside her when her heels hit the baseboard. In some sort of Pavlovian response, she raised her hands to his chest.

Rob braced his hand on the wall beside her head, and the sleeve of his T-shirt rode over his bicep. Between that and the outline of his pecs under her fingers, Jenna thought he really was more fit than a professor should be. He would be totally distracting in class.

An overwhelming urge hummed inside her. To explore every plane, every groove, every point and line and hollow of his body.

“What kind of favor?” he asked, his voice soft, drawing her attention completely. He pressed his forehead to hers, his lips close enough she could reach them if she dared.

“My cabin-mates made an agreement,” she said quietly. “If the Do Not Disturb sign is on the door…” She waved her hand in circles. “You know.”

“You know that’s a terrible idea.”

He brushed the long front pieces of her hair back and gave himself access to her ear. “What if I don’t want you to behave?”

It was a good thing he had her backed against the wall. His voice was pure, gravelly distress, and heat poured off him, filled with intoxicating chemicals her body detected, even if her conscious senses couldn’t. She felt their effect in her breasts and between her legs and in the instability of her knees. “I guess you’ll have to decide.” 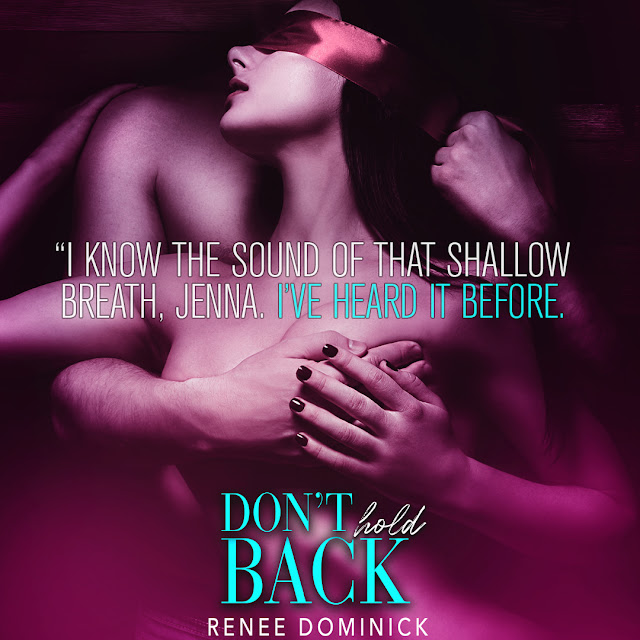 
Jenna McCaffrey has long held a desire for a certain someone and she'll do whatever it takes to get her hands on him.

Rob Lindgren is this close to getting what he's worked for in his career, but this weekend away is just what needs to think, relax, and refocus.

Their connection is intense, but they always seem to be bickering and getting on each other's last nerve. Can they find a way to get past the sarcasm and fighting long enough to embrace the passion? Or will they always be yearning for something they can never have?

Don't Hold Back is a sensual, heartstrings pulling, captivating read from start to finish.

The banter that flows between Jenna and Rob is delectable even if Rob makes you want to scream at times. But when they finally do come together... hot damn!

I loved how feisty Jenna is and doesn't take crap for anyone especially Rob. She goes after what she wants with every things she has.

Rob can be a pain the butt, but his heart is what make him alluring. His love of his family and friends is endearing and when it comes to Jenna, there isn't anything he wouldn't do for her.

I really enjoyed Don't Hold Back and look forward to reading more from Renee. The storyline is entertaining, the hero swoon worthy, the heroine beguiling, and the passion off the charts.

So if you are looking for a book that has a hero that needs a head slap or two but finally sees the light in the end, then I highly suggest you pick up Don't Hold Back today. 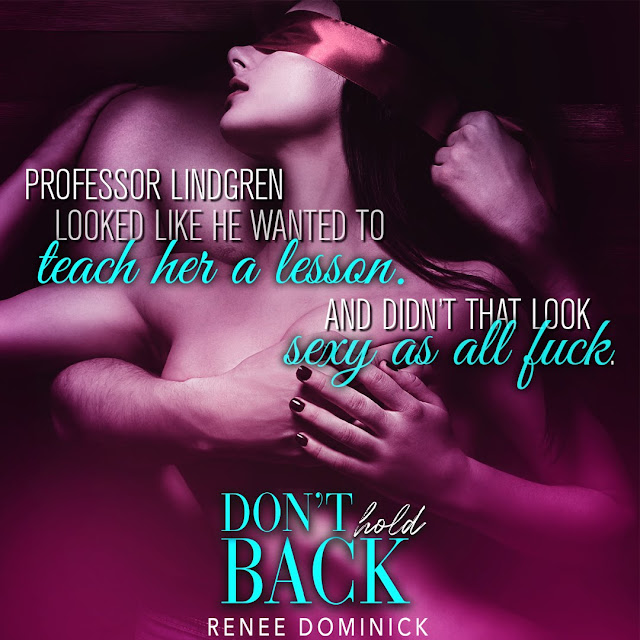 Renee Dominick is the spicy alter ego of a Seattle-area writer. She loves the energy of a vibrant, big city, and adores everything about Italy (except maybe squid ink). Besides writing, she gets her thrills skiing, especially at Whistler, and walking down forested roads hoping to encounter local wildlife–black bears excluded.

Her travels, real and imagined, inspire all of her stories.