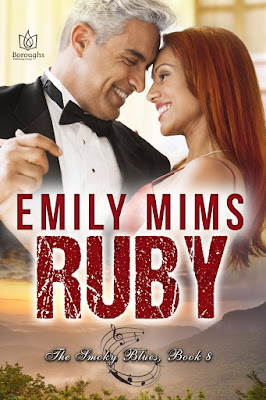 Forty years ago Lexi Barstow and Collins Wentworth thought they had made the biggest mistakes of their lives. Heartbreaking choices and bitter tears cemented a pact that would shape who they were and what they would be. But now so much has changed...except the passion they share and the differences between them. But some things are fixable, and with forever staring them hard in the face, they learn all their decisions brought them to this place...an ever after filled with love.

The club was even more crowded than it had been earlier and the audience was lively for a Sunday evening, clapping and stomping and answering Lonnie’s quips with boos and catcalls. There was electricity in the air. They were a fun crowd tonight.

Lexi’s eyes danced as they sang their first song. She was in her element.

They were about halfway through their second set when the front door opened and a familiar figure stepped into the club. The hostess’s eyes widened and the bartender did a double take. It wasn’t all that often a United States Senator darkened their doors.

Lexi’s curiosity burned as the flustered hostess showed Collins to the last vacant table by the front window. There was a bit of a stir as a good percentage of the audience recognized the man who had joined them, and then realized Lexi was performing for her old lover.

Whatever was he doing here tonight? This wasn’t his kind of club. It wasn’t even his kind of music anymore. She’d overheard him tell Danny he loved listening to him and his mother on their dulcimers, but that given the choice he was fonder of the classical music Chessie and Isabel played.

The thought sent chills up her spine.

She tore her eyes away from him. No way could she concentrate on her singing if all her attention was on Collins. Ever the professional, she didn’t miss a beat in the song they were singing, or the next, or the one after that. If anything, her voice became sultrier and her smile wider. Collins had come to hear her sing. She wanted him to know that she still had it, and she wanted to rub in what he’d missed all these years.

The author of over thirty romance novels, Emily Mims combined her writing career with a career in public education until leaving the classroom to write full time. The mother of two sons, she and her husband split their time between central Texas, eastern Tennessee, and Georgia visiting their kids and grandchildren. For relaxation Emily plays the piano, organ, dulcimer, and ukulele for two different performing groups, and even sings a little. She says, “I love to write romances because I believe in them. Romance happened to me and it can happen to any woman—if she’ll just let it.”