Release Reboot ~ The Women of Heachley Hall by Rachel Walkley

The Women of Heachley Hall 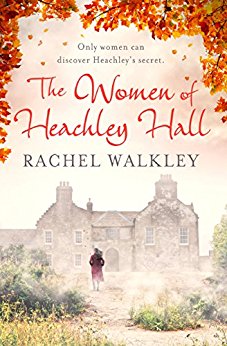 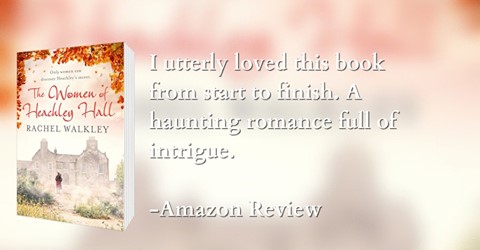 What reviewers are saying:

~ This book was an interesting marriage of women’s fiction, multi-generational history, paranormal experiences and even a little romance.

~ This book is intriguing and interesting paranormal romance. 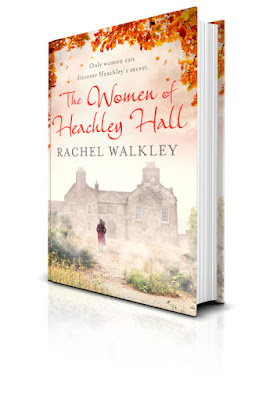 Miriam has one year to uncover Heachley Hall's unimaginable past and a secret that only women can discover.

The life of a freelance illustrator will never rake in the millions so when twenty-eight year old Miriam discovers she’s the sole surviving heir to her great-aunt’s fortune, she can’t believe her luck. She dreams of selling her poky city flat and buying a studio.
But great fortune comes with an unbreakable contract. To earn her inheritance, Miriam must live a year and a day in the decaying Heachley Hall.
The fond memories of visiting the once grand Victorian mansion are all she has left of her parents and the million pound inheritance is enough of a temptation to encourage her to live there alone.

After all, a year’s not that long. So with the help of a local handyman, she begins to transform the house.

But the mystery remains. Why would loving Aunt Felicity do this to her?
Alone in the hall with her old life miles away, Miriam is desperate to discover the truth behind Felicity’s terms. Miriam believes the answer is hiding in her aunt’s last possession: a lost box. But delving into Felicity and Heachley’s long past is going to turn Miriam’s view of the world upside down.

Does she dare keep searching, and if she does, what if she finds something she wasn’t seeking?

Has something tragic happened at Heachley Hall?

‘Charles.’ I called out, but he kept going. I slipped on my Wellingtons and bolted after him. ‘Charles, wait.’

He spun, snapped his back straight and tightened his grip on the axe at the same time. ‘Miriam. What’s wrong?’

I caught my breath; alarmed by his rigid stance. ‘Have you ever seen muntjac in the woods?’ I asked breathlessly.

He shifted his grip on the axe into a looser one. ‘No, I can’t say that I have, but they are shy creatures and unlikely to stray near to the house.’

‘I came out here, on Sunday, and heard noises, like footfalls. Bert thought they were caused by deer.’ I expected him to laugh and I was, in retrospect, embarrassed by the need to ring the pub for reassurance. ‘I was just, chatting with him,’ I added, lamely.

Charles merely cocked his head to one side and his eyes smiled, creasing at the corners. ‘All sorts inhabit the woods – badgers, foxes, rabbits – they are not quiet.’ He stared up at the branches, then back at me. ‘In the spring, a chorus of birds will sing from dawn to dusk. You’re quite safe, have no fear. Just watch the roots, they can send you flying.’ He kicked the exposed root by his boot.

‘The mist.’ I’d seen the way it had behaved, coiling its antennas about my legs, then chasing me out of the woods. How to explain that to him?

‘Feeling alive and being alive are different things.’ He reached out to a nearby tree and spread his fingers over the bark. ‘Does a tree feel this, my touch?’

I snorted. ‘Of course not. It doesn’t have a nervous system or brain.’

‘Until you chop it down.’

‘Would it know – the sap, the bark, and the leaves – would they know they’d been cut off from the roots that sustain them? They have no feelings.’ There was an expression in his face that I couldn’t quite pin down. He’d lost the smile lines and gained something else – sadness?

I hugged my arms. The branches above us groaned and bent low as if to listen. His explanation re-enforced my apparent weakness: yet again, I had dipped into the art of personification and perhaps it was an artist’s natural trait, to give life to objects in the same way I would to a human being. ‘I imagined the mist is alive, nothing else. But, there are no unnatural happenings here in this wood. Is that what you’re saying?’

‘I’m saying you have the ability to imagine it is alive. The mist never knows if it is or isn’t.’ He gave me a crooked smile and took a couple of steps, before pointing up at the sky. ‘The light,’ he reminded.

‘Yes, sorry. I shouldn’t detain you.’

I didn’t see him again that day and consequently, I’d forgotten to pay him for chopping the wood.

Born in the Midlands, I grew up in East Anglia and am now firmly lodged in the North West of England. My first writing achievement was my Brownie badge and after that I've never let go of the dream of becoming of an author. Once a librarian and caretaker of books, I'm now a teller of tales and want to share with you the secrets that hide in the pages of my books.

Please stop by my website and find out more about my books in the making.