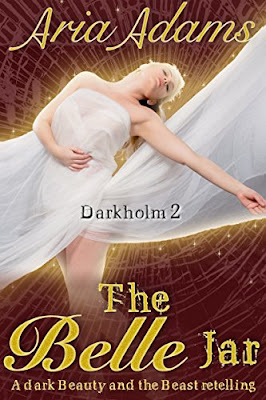 What reviewers are saying...

This one almost rendered me speechless, and for me that's a miracle, I was blown away.

Its a very dark tale, one which had me with eyes boggling in wonder, and amazement.

...sit back and let the darkness invade your mind, and hold onto your soul in case some of the evil oozes off the pages.

He kicked her legs apart, so her wrists were pulled painfully against the leather bindings that made her hang from the hook above. Then, cold metal was clasped around each ankle. When Marea looked down, she saw a thick metal bar between two shackles.

Coal grinned evilly then passed Brendan something resembling a leather tassle. There were dozens of strands of thick leather dangling from the handle. Marea just kept staring.

Brendan waved it in a figure eight overarm, and it made a whooshing noise as it moved through the air. He slowly walked forward and Marea found herself cringing in fear. It managed to hit both her breasts in quick succession, making her gasp, and the sharp kick made her strain at her bindings almost immediately. She wanted to get away from it, but she couldn’t move, and it kept landing, over and over, biting her breasts and stomach, before Brendan landed it particularly maliciously straight on the exposed part of her pussy. She screamed again. As the pain built up, it flooded her thoughts, and she began to cry, properly, not because the pain was eye-watering, but because this situation was impossible. She sobbed as this more persistent pain ate away her calm demeanor.

“I like seeing you cry,” Brendan said, as he walked around behind her and began to punish her upper back and shoulders.

“Mmm,” Coal agreed, peering at her face. “Seeing you cry makes me want to draw out every tear from inside you, to force you to suffer until they’re all mine.”

The sensations burning through her back were somehow worse, but it was easier to remain still while he was behind her. Avoiding her lower back entirely, he then applied firm discipline to her bottom and thighs. She wailed as the burn got inside her, awakening her pussy in a way she didn’t want it to.

Marea cried harder as she dangled limply from the hook, helpless and utterly at their mercy. What she hated most was that her clit was beating in time with her heart. Her entire body stung from everything the men had done to her, but she was somehow aroused.

Why was this having such a strong effect on her? She tried to push it away, until something trickled down her inside leg, and she realized this was inescapable. They were going to do what they wanted, and regardless of whether the pain was unbearable, or how her body responded with longing instead of disgust, she could do nothing but accept it.

The swats of the scourge became harder and faster, and she began to howl. The men were unstoppable, and she didn’t know how long they planned to keep her here but—oh—her body tingled with a mouth-watering fervor, and her pussy twitched, clearly unhappy that it was empty. She roiled her body from side to side, wishing only for release.

Coal gripped her hair and pulled her head backwards, so her mouth opened and her eyes only saw him, blurry through her tears.

“Are you ever going to try to escape again?” he asked. She tried to shake her head but she couldn’t. 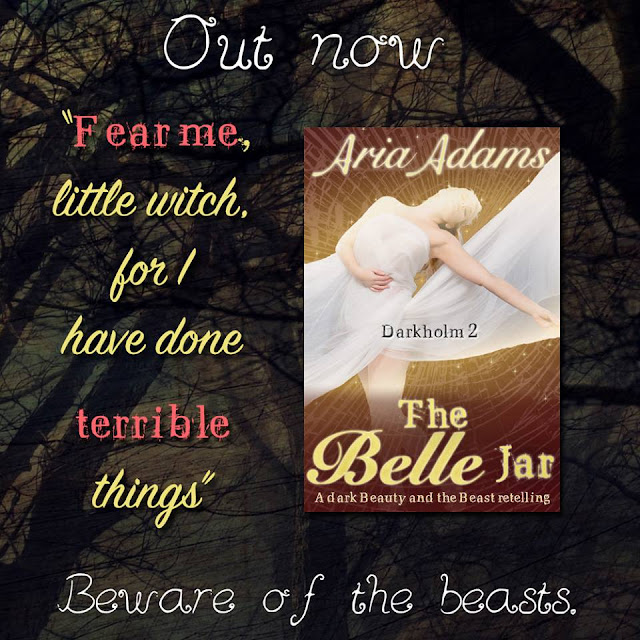 The beasts want to destroy her. The mirror-world won't let her stay. The castle hides too many secrets. What's a girl to do? And when Marea finds out how to break the curse, is she willing to do whatever it takes to save two creatures of pure evil, to whom she is nothing?

Marea Belle was doomed at birth. In Darkholm, having red hair means only one thing: Witch.

After her parents are executed in a witch hunt, the only thing that saves Marea is the chastity device that proves her purity. Spared the flames, Marea is dumped in a sack at the doors of a cursed castle; a sacrifice to appease the monsters within.

The denizens of the castle want nothing more than to devour Marea's soul. The huge, terrifying beasts within take her to an underground experiment room and make her their plaything. Somehow, she survives and escapes the monsters, hiding deep within the castle, where she finds a magic mirror which becomes her sanctuary.

Inside the looking glass, she falls in love with two men. But she can only remain there for a few hours at a time before she has to return to the castle and the inevitable horrors within. No-one can escape the castle, and no-one can survive the beasts within. When Marea is forced to give herself to the beasts, she risks losing herself forever, but will her sacrifice be enough to break the ancient curse?

This full-length story is grim and a little complicated. This is a dark fairytale that tiptoes on the boundary between horror and romance. It is disturbing, bleak, and certainly not for the faint-hearted.

Aria also writes the warm fuzzy romance stuff as Katie Douglas, and writing as Katie, she has had USA Today and multiple number 1 bestselling books in the US and worldwide.

Get a free dark adventure when you sign up for my newsletter.