People die, but legends live on.

New York antiquities appraiser Annalisse Drury recently lost her best friend to murder. The killer’s identity may be linked to her friend’s expensive missing bracelet—a 500-year-old artifact that carries an ancient curse, one that unleashes evil upon any who dare wear the jewelry created for the Persian royal family.

Weeks later, Annalisse sees a matching necklace at a Manhattan gallery opening. She begs the owner to destroy the cursed piece, but her pleas fall on deaf ears—despite the unnatural death that occurs during the opening. With two victims linked to the jewelry, Annalisse is certain she must act.

Desperate, Annalisse enlists the gallery owner’s son to help—even though she’s afraid he’ll break her heart. Wealthy and devastatingly handsome, with a string of bereft women in his wake, Greek playboy Alec Zavos dismisses Annalisse’s concerns—until his parents are ripped from the Zavos family yacht during their ocean voyage near Crete.

Annalisse and Alec race across two oceans to save his mother, feared dead or kidnapped. When the killer changes tactics and goes after Alec behind Annalisse’s back, can her plan to rescue Alec’s mother save them all?

Hold on for a heart-thumping, thrilling adventure through exotic lands in this fast-moving romantic suspense mystery by Marlene M. Bell.


A second later, he was beside her, his Zavos gaze in desire mode. “You’d do that for me?”

“I should’ve checked you before now. Stop me the next time I become too self-involved. Lift the shirt.”

Alec grimaced and pulled the long-sleeved tee over his head, exposing a dark patch of glistening chest hair. An extremely broad chest. All muscled up like guys who work out. Damn Sam, he’s gorgeous.

His hypnotic aroma engulfed her with creamy heat.

Annalisse considered whether or not his chest hair was soft or wiry, or if he’d hold her tenderly or with restrained force. Licking her lower lip, she tore her eyes from his pecs to his shoulder and gently pulled the adhesive tape. She peeked at the neat row of stitches to calm the flutter in her heart. The area around the sutures had reddened and were puffy.

“We’ll watch the swelling. Having been in battle with metal and gunpowder, I expected worse. I’d find something waterproof to put over it in the shower. Like a liquid bandage. And finish all of your antibiotics even if you feel better.” His skin was smooth under her fingertips.

“I’ll do that, Dr. Drury. Thank you.” He glanced at her fingers on his shoulder. “Anything else?”

Annalisse’s face flushed with heat. She jerked her wrist back and balled her hand in her lap. Her mind told her to get some distance from him, but her feet had other ideas.

With his forefinger, he rotated her chin so she’d face him. “It’s just you and me.”

He was far too close. Close enough to kiss his perfectly matched, parted lips. God. Being next to him like this…it was too soon. His wonderful mother as her mother-in law…quit! She shuddered.

“Are you afraid of me?” His question came disguised in a throaty growl.

She clenched her jaw, afraid what he’d say to the truth.

He took her hand and flattened her palm to his chest. “I want you to trust me.”

She opened her mouth, but couldn’t speak.

“I’ll take that as a maybe.” One side of his mouth lifted into a sly smile.

Her head swam at his touch. Helga gone, she could allow herself to taste want, defer her loneliness; Alec could wash so much sadness away, even if temporarily. No, she couldn’t. Not with him. As much as she wanted—needed—sex like crazy, this kind of man could damage her heart in an unspeakable way. Too much risk in a hunky, charming, dreamy Greek. Her throat tightened, and she swallowed.

Annalisse slipped her hand from his and drew back from no-return territory. “I’ll get your shirt.” She jumped for his polo at the end of the chaise and wobbled backward, grabbing the edge of the seat.

Alec caught her waist with one arm. “Gotcha.” 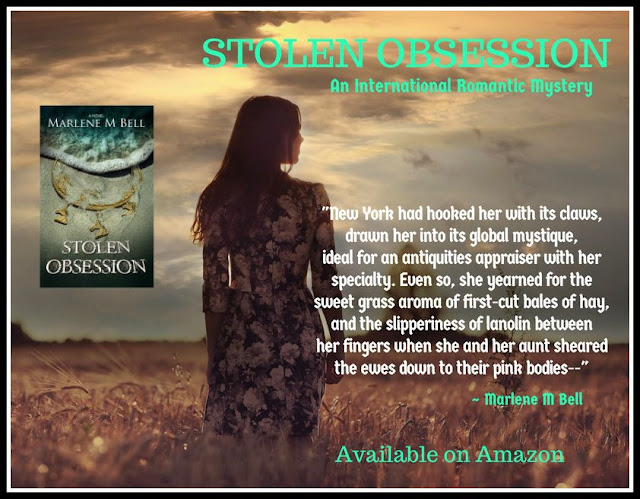 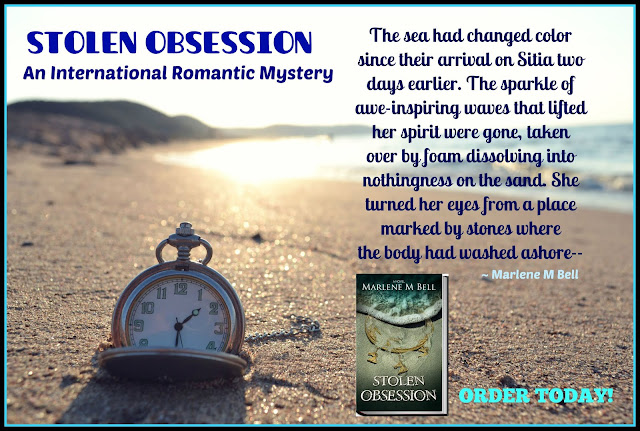 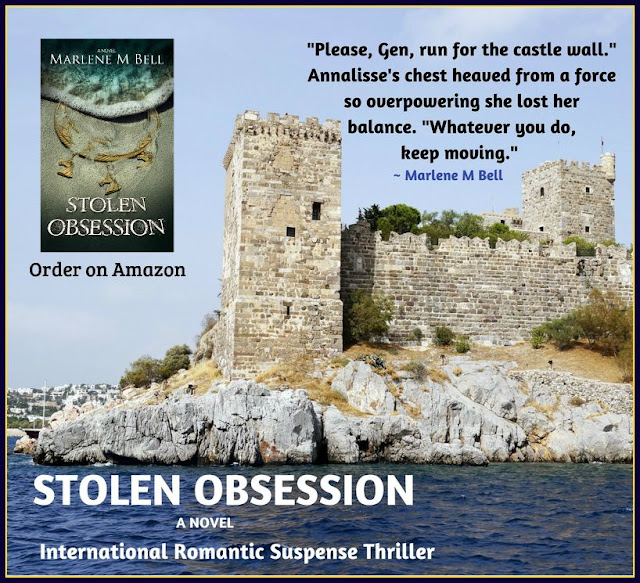 Marlene M Bell is an acclaimed artist and photographer as well as a writer. Her sheep landscapes grace the covers of publications such as, Sheep!, The Shepherd, Ranch & Rural Living and Sheep Industry News. Ewephoric, her mail order venture, began in 1985 out of a desire for realistic sheep stationery. A color catalog of non-fiction books and sheep-related gifts may be requested at www.marlenembell.com or www.texassheep.com.

Marlene and her husband, Gregg reside on a wooded ranch in East Texas with their 50 head of Horned Dorset sheep, a lovable Maremma guard dog named, Tia, and 3 spoiled cats who rule the household.