About SAY MY NAME

New York Times bestselling author J. Kenner kicks off a smoking hot, emotionally compelling new trilogy that returns to the world of her beloved Stark novels: Release Me, Claim Me, and Complete Me. Say My Name features Jackson Steele, a strong-willed man who goes after what he wants, and Sylvia Brooks, a disciplined woman who’s hard to get—and exactly who Jackson needs.

I never let anyone get too close—but he’s the only man who’s ever made me feel alive.


Meeting Jackson Steele was a shock to my senses. Confident and commanding, he could take charge of any room . . . or any woman. And Jackson wanted me. The mere sight of him took my breath away, and his touch made me break all my rules.

Our bond was immediate, our passion untamed. I wanted to surrender completely to his kiss, but I couldn’t risk his knowing the truth about my past. Yet Jackson carried secrets too, and in our desire we found our escape, pushing our boundaries as far as they could go.

Learning to trust is never easy. In my mind, I knew I should run. But in my heart, I never felt a fire this strong—and it could either save me or scorch me forever.


Say My Name is intended for mature audiences.
You can read the first chapter of SAY MY NAME here! 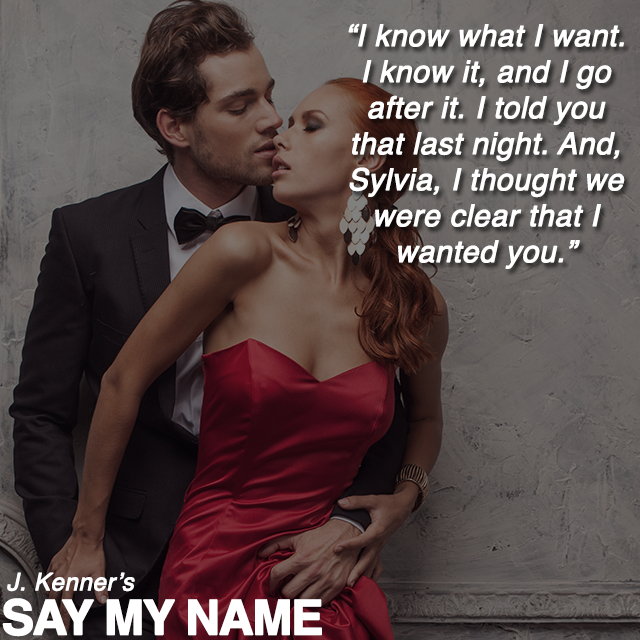 I keep my eyes on Jackson as I move toward the staircase, taking a path designed to intercept him as he reaches the ballroom floor.

He doesn't see me—he is completely focused on the man beside him. I cannot hear their conversation, but Jackson’s hands move as he talks, and I know that they are discussing architecture. I smile with affection, remembering the way he would outline a skyscraper in the air and the way his fingers would dance as he considered facades and footprints, purpose and plan.

His companion says something, and Jackson laughs, his wide, sensual mouth curving into a smile that freezes in place as he casually scans the crowd—and then finds me.

A wild heat burns across his expression, but is banked so quickly that I almost think I imagined it. Now when I look, I see only a blank stoicism. And yet there remains an intensity to him, the illusion of motion even though he has stopped dead still on the stair- case.

His eyes are locked on mine, and I stand motionless as well, unable to move. Almost unable to breathe.

“Jackson,” I say, but I am not sure if I have spoken aloud or if his name has simply filled me, as essential as oxygen.

We hold like that, time ticking by, the world around us frozen. Neither of us move, and yet I feel as though I am spinning through space and hurtling toward him. The illusion terrifies me, because right then I know two things—I want desperately to be in his arms again, and I am absolutely terrified of the collision.

And then, suddenly, the world clicks back into motion. His eyes hold mine for a split second longer, and in those few brief moments before he turns away, I see the flash of cold, hard anger. But there’s something else, too. Something that looks like regret thawing under the ice.

I realize that my limbs will function again, and take a step to- ward him, knowing that this is my chance. For the project—and for something deeper that I do not want to think about because opening that door scares me too much.

But it doesn't matter. Not my fear, not the project.

Because Jackson doesn't look at me again.


Instead, he strides right by me, never looking back, never even slowing. And I am left to watch him pass, as anonymous as all the other women who stand there and look after him with longing. 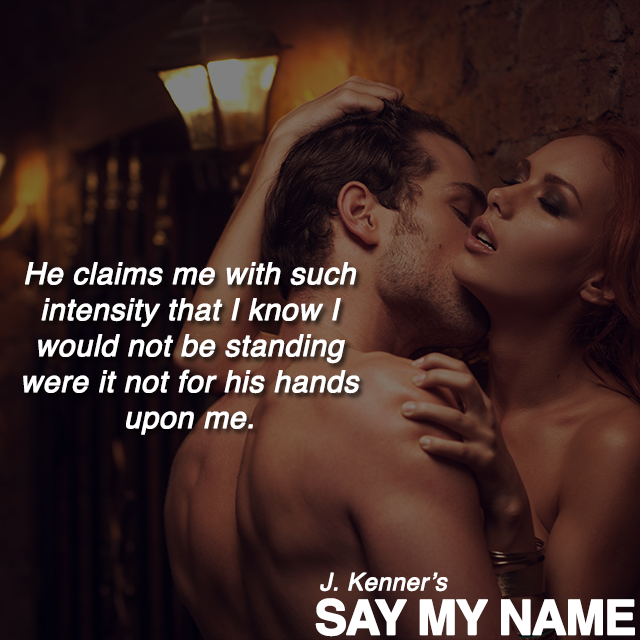 Julie Kenner (aka J. Kenner and J.K. Beck) is the New York Times, USA Today, Publishers Weekly, and Wall Street Journal bestselling author of over forty novels, novellas and short stories in a variety of genres. Praised by Publishers Weekly as an author with a “flair for dialogue and eccentric characterizations,” J.K. writes a range of stories including super sexy romances, paranormal romance, chick lit suspense and paranormal mommy lit. Her foray into the latter, Carpe Demon: Adventures of a Demon-Hunting Soccer Mom by Julie Kenner, is in development as a feature film with 1492 Pictures. Her most recent trilogy of erotic romances, The Stark Trilogy (as J. Kenner), reached as high as #2 on the New York Times list and is published in over twenty countries. J.K. lives in Central Texas, with her husband, two daughters, and several cats. 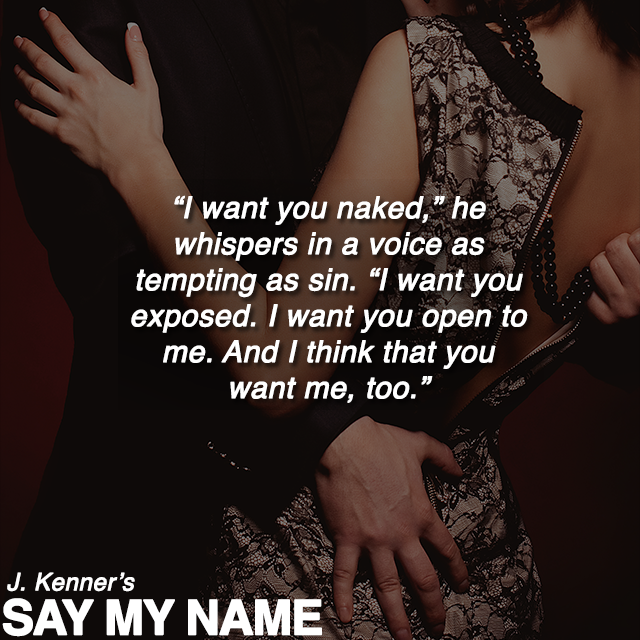