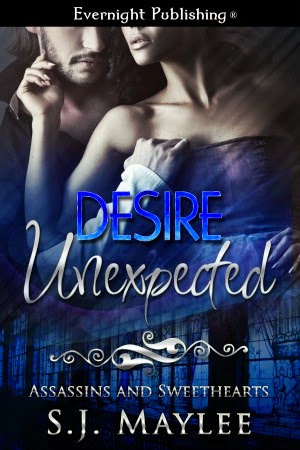 Life is passing Nadia Duskin by from her position in the mailroom. It only fulfills two necessities, keeping the repo man away and keeping her up to date on her sexy CEO. Ethan Wright is prepared to frighten and fire the nosey girl who sorts his company’s mail. After engaging with her at one of his favorite places in the world, he digs deeper.

Together, they find the kind of pleasure that could keep them satisfied for a lifetime. Her love may be the key to putting both of their lives back on track, but to what end? When a man he’s been contracted to kill threatens Nadia’s life, he forces her to face reality. Either they’ll delve deeper into the desires neither expected or they may die trying.

Where you can find DESIRE UNEXPECTED: When I initially started this story, it wasn't with the intent to write about assassins. It wasn't with the intent to create a new series either. My muse led the way. In only a few days, I had one scene from each of the stories and then I knew. I could see it all play out. Not only were they each strong male leads, but they were lethal. They excelled at their profession, but each of their lives was missing one important thing. The mission was laid out before me and I accepted the challenge.

In each story in the Assassins and Sweethearts Series, I’ll take on the task of finding each assassin his one and only sweetheart.

When I began building the story for Desire Unexpected, I knew immediately Ethan and Nadia were perfect for each other but it would test my match making skills. I didn't see how they’d attract each other. So, I had them meet at one of my favorite places, Chagall’s America Windows at the Chicago Art Institute. My husband and I saw the windows on our first wedding anniversary. They’re breath taking and so is the way Ethan and Nadia fall in love.

These men may kill for a living, but they’ll capture your heart. I hope you fall in love with this new series just as I have. 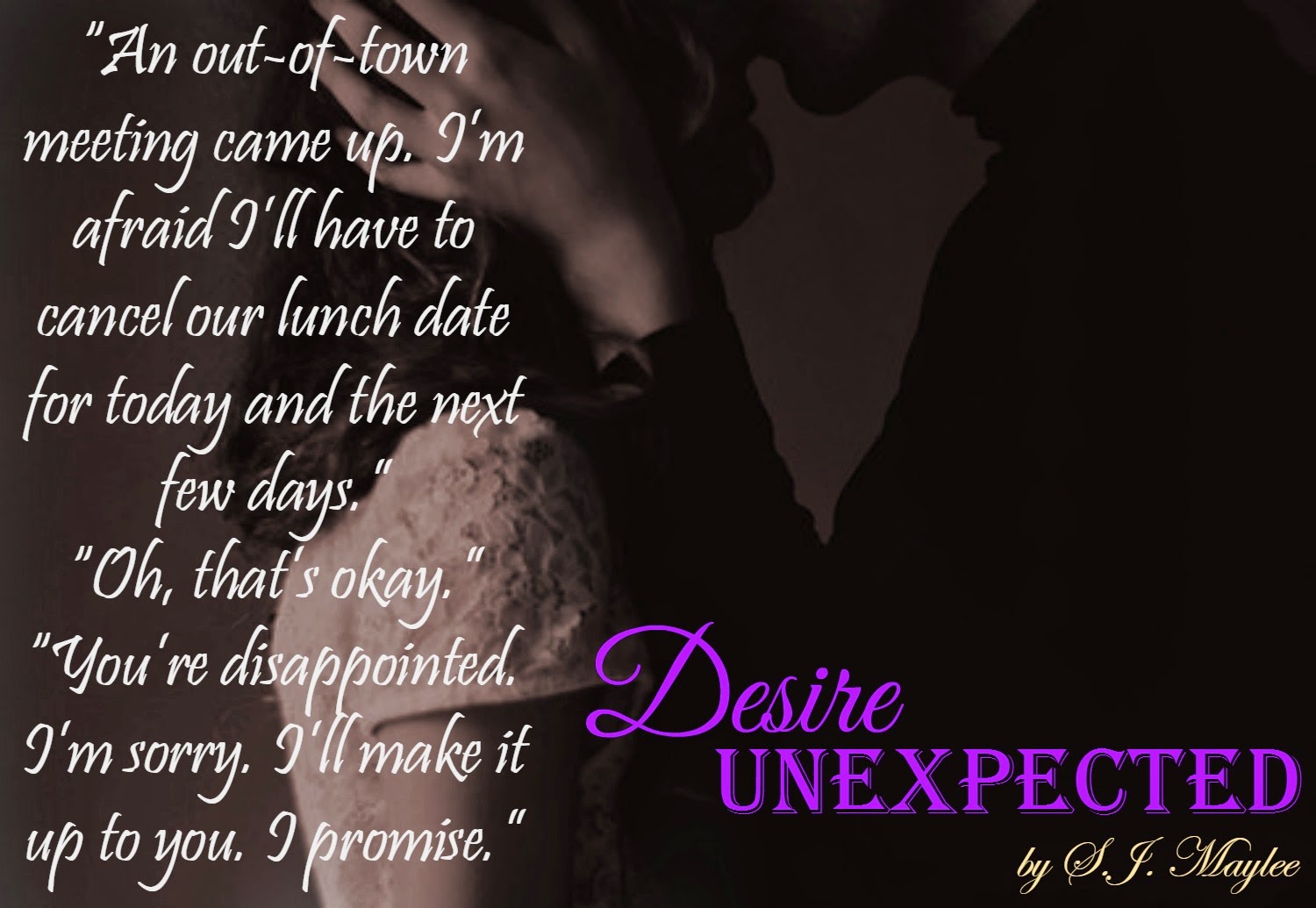 “It reminded me of you.” He shook his head. “It’s just from the museum gift shop. I wanted to give you something for putting up with me. I hope you like it.”

“Thank you.” She took the little box and sat on her battered sofa. “Please, take a seat.”

He sat next to her, but kept to the edge, confirming there was nothing relaxed about this visit.

After slipping the green ribbon from the box, she pulled off the lid and pushed back the tissue paper, revealing the item she’d so long desired. Her heart raced and she scooted closer to him. He had no idea what he’d done. Her secret crush giving her the piece of jewelry she’d long desired was incredibly perfect. Neither were really her style and she wanted them all the same. She looked at him with heavy tears stinging her eyes. Brushing the box from her lap, she slipped the bracelet onto her wrist.

“You’re welcome. I've enjoyed our time together.” He brushed away the tear that had rolled down her cheek and cupped her chin.

“Don’t say that like it’s over.” She took a hold of his wrist and pulled it into her lap. “It’s not, right?” Panic raced over her. If he wanted to leave, she wouldn't stop him, but her whole body hurt with wanting him to stay.

“I’m no good for you, Nadia.” He took hold of her hands. “You deserve a nice man with an uncomplicated life. I can’t give you what you need.”

He took a hold of her shirt, not pulling her closer, just squeezing the fabric in his fist.

“I don’t know what’s going on with you.” She brought her touch back to his hands, trying to ease the pressure. “I just know the only time I feel alive is when I’m with you. You’re on my mind constantly.” She lowered her gaze, losing her courage by the second. “There’s something between us and I want to explore it. I want to know what drives you insane with need. Don’t you want me too?”

“Shit, Nadia, I haven’t stopped thinking about you since the first day at the windows.” He let her go and pulled out of her reach to slip around to the other side of the couch with his back to her. “I want things from you that I’m certain would frighten you.”

“I doubt that.” Knowing she had to make her move now or risk losing him forever, she pulled her shirt over her head and tugged off her sweatpants, tossing them both on the chair. “Do you remember the questions I asked about you before we met?”

“No, I’m not into fire play, but I have a feeling you know what I need.”

“What …” He turned, his gaze swept over her body and he brushed his hand over his mouth. “You take my breath away.” He stepped toward her, adjusting the bulge in his pants. “You think you want to play?”

“I do.” She sucked on her lip, wishing she’d worn her one set of matching bra and panties.

“Fuck, I want this” He brushed her skin ever so slightly up her arms, across her chest, and down between her breasts. “I've had dreams about this moment.” He raised her chin, forcing her to look at him. He dragged his fingers through her hair and tugged the length of it back. “I want you at my mercy. Do you have any idea what it’s like to give someone like me control?”

“Yes, sir.” She arched her back, revealing her neck. He kept pulling and tingles of pain danced along her scalp. “Please.”

“Are you already asking for mercy?” He tugged her hair again “I don’t think you know what you’re starting.”

“I don’t want you to stop. I want more, sir.” Her breasts pushed against his chest and her grip on his arms tightened. “I want to know.” 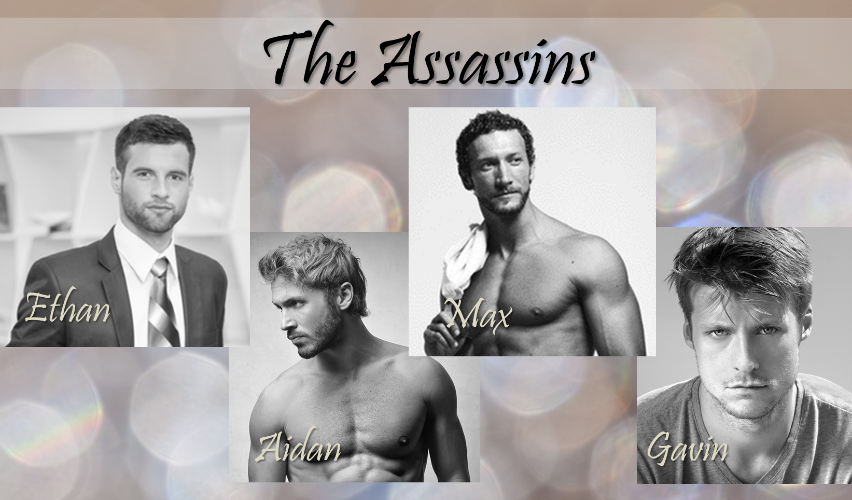 Ten Things about the Assassins and Sweethearts Series 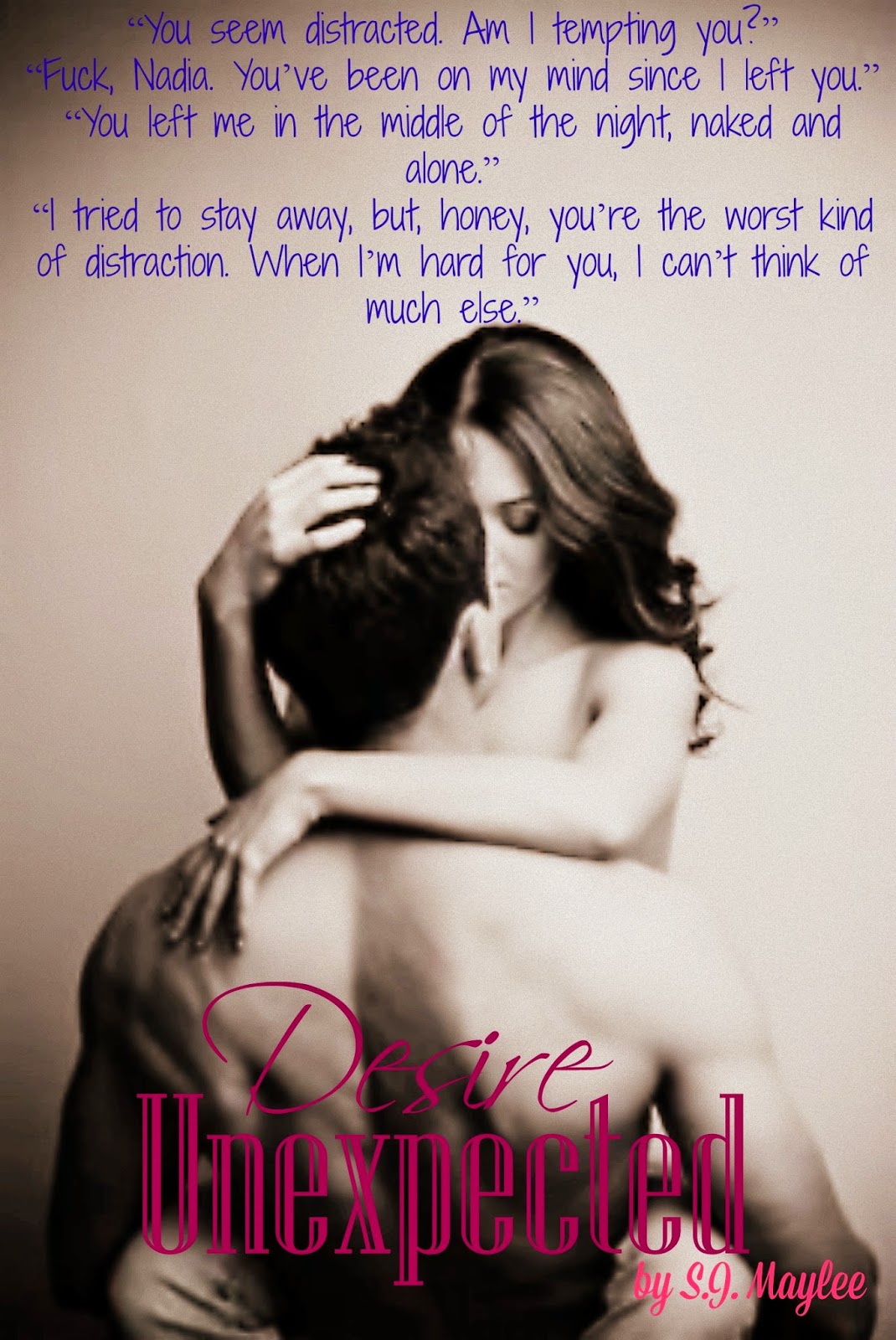 When I first was introduced to S.J. I never expected to fall is love with the way she tells a story, but the more I read by her the more I love her. So when she first told me about this series, I was excited. It was along the same lines that she write but with an added element; after reading a bit of this story when she was writing it, I was hooked.

This story has a very sexy hero in Ethan Wright. He's the required tall, dark and handsome, but he's also mysterious, intelligent, killer eyes and has a seductive personality. Our heroine, Nadia Duskin, has her work cut our for her is she wants to get into Ethan's good graces. He's not found of people poking around into his personal business and that's exactly what Nadia's been doing.

Their first encounter is thrilling and tantalizing. Ethan may have set out to discover what she wants with all her questions and then to fire her, but he's taken with Nadia in more ways than one. She's very easy on the eyes and has a good head on her shoulders. After that first meeting, he knows that he has to get to know her a bit more before letting her go.

The closer these two get the more Ethan tries to push Nadia away for her own protection; too bad Nadia doesn't see it that way. The more time Nadia spends with Ethan, the more she wants.

This first installment in the Assassins and Sweetheart series is full of intrigue and sensual pleasure. S.J.'s ability to tell a story that captures the reader's attention from start to finish is astounding. The emotions that Ethan and Nadia go through are felt with each passing page. The drama that surrounds Ethan's profession captures the reader's attention so much that when Nadia's life is threaten, the reader awaits on bated breathe to see how the situation will turn out.

This series promises to be a thrilling journey that I can't wait to go on! 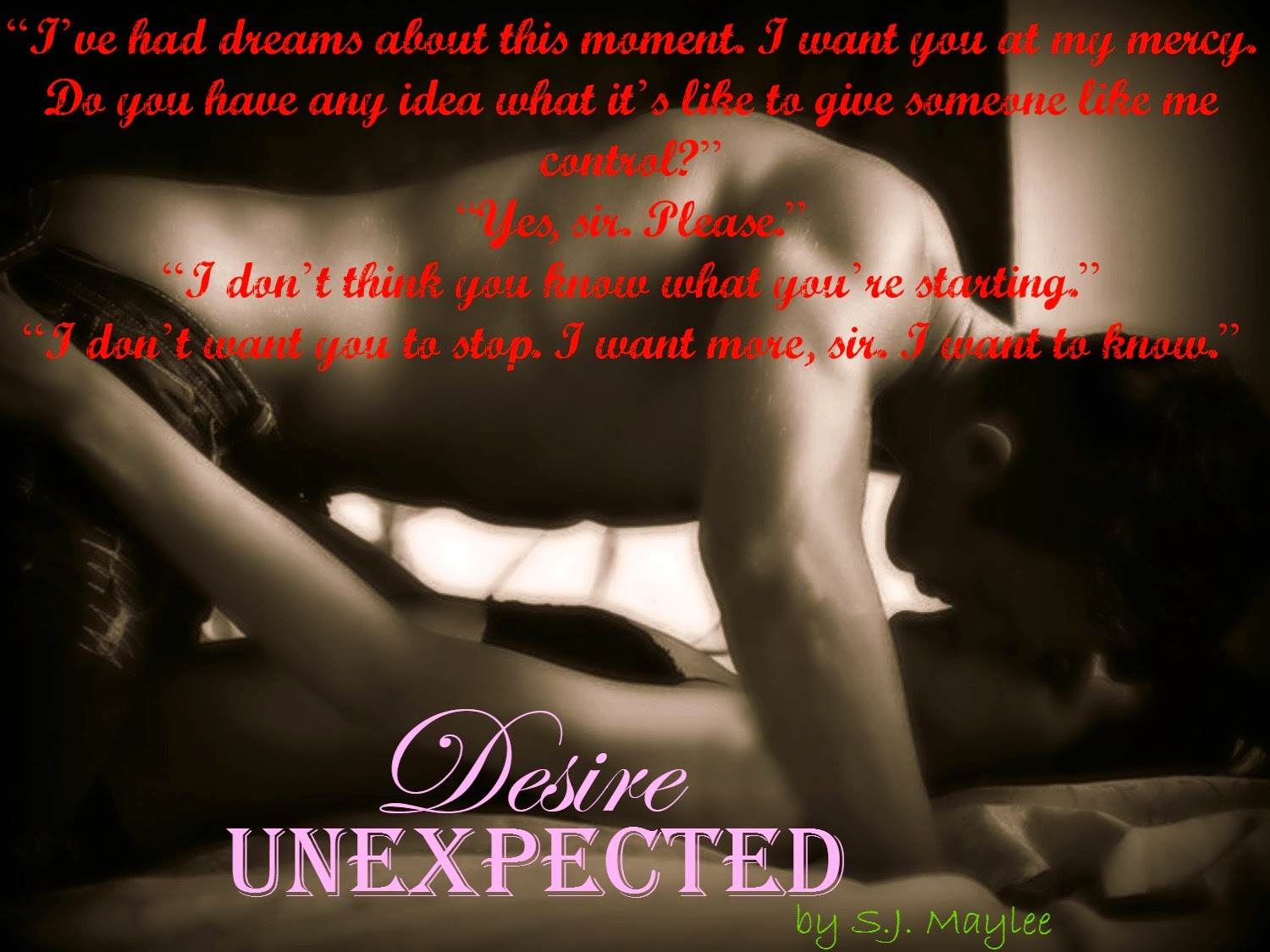 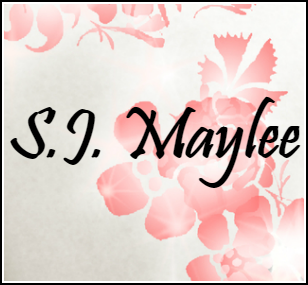 S.J. Maylee fell in love with storytelling at a young age and with it came a deep-seated desire for everyone to find their happily ever after. She’s finding the happy endings for her characters one steamy story at a time.

When she’s not reading or writing, you can find her caring for her garden, laughing with her two young sons, or dancing to her husband’s music. She’s a PMP (Project Management Professional), Nia instructor, and coffee addict.

As a writer she has a tendency to break hearts, but she always glues them back together.