July 2008. Four families are riding high on heady market returns until the body of Rene McAllister, wife of multi-millionaire Alan “Mac” McAllister, washes up on the beach after a daylong Fourth-of-July bash at the home of stockbroker, Matthew Wirth. Eager to avoid publicity, authorities dismiss her death as an accident. Days later, when the body of college drop out, Jamie Sherman, a neighbor to Wirth, is discovered adrift in his fishing skiff, investigators suspect foul play, but the Medical Examiner reports that the youth died of a drug overdose. Only Detective James Raker, upon hearing McAllister’s complaints of unauthorized trading in his deceased wife’s account, suspects the two deaths are related. Bucking his superiors, Raker plunges into an investigation and quickly discovers that at least four members of the affluent lakeside community had motive and opportunity in either one or both of the deaths. Raker’s pursuit slams headlong into an investigation being conducted by the State Bureau of Investigation (SBI) who were closing in on Jamie Sherman’s drug dealings in the affluent neighborhood.

Ignoring the orders to drop his investigation, Raker fears that the killer will attack again and races to prevent it. The killer does strike for a third time but, tragically, claims the wrong victim. The story is set in the fictitious bedroom community on Heron Lake, NC, a short commute from Charles City, a metropolitan area of more than 1,000,000 and the financial center of the state. 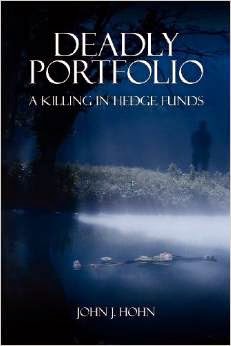 You can pick up your copy of the book here.
Smashwords | Amazon (paperback) | Amazon Kindle

I have been writing all of my life. I first published at the age of 10 in a nationally distributed magazine. I grew up in Yankton, South Dakota where I graduated from high school and went on to secure a degree in English from St. John University (MN), 1961. After teaching for three years, I entered the world of business and spent over 40 years in the financial services industry. During my career, I held positions with The Travelers, Blue Shield/Blue Cross of Minnesota, Wilson Learning Corporation and Wachovia Bank and Trust. In 2007, I retired from Merrill Lynch after 15 years with the Winston-Salem, NC, office where I started my own group that served several hundred clients up and down the east coast. Since retirement, I have concentrated on my writing which has been a life long passion and avocation.

I published a small volume of poetry in 2000. My first novel, "Deadly Portfolio: A Killing in Hedge Funds," came out September, 2011, and I followed up with the sequel, "Breached," in October, 2014. I am planning yet another book which I hope to have published in 2016. Meanwhile, I will continue to post articles on the internet and my own web site, www.jjhohn.com, including book and drama reviews, autobiographical sketches and other non-fiction pieces. My poetry has garnered a few awards over the years and I will continue composing in the years to come. 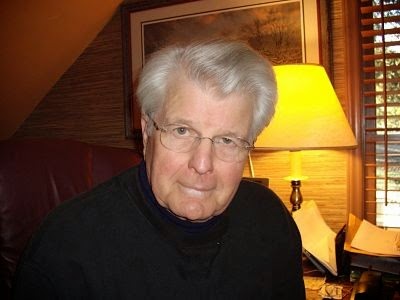 The police cordoned off the area of the beach where Rene’s body was found with yellow and black ribbon. The crowd continued to collect and gawk at the EMS and police. Matthew and McAllister pushed their way through the people toward the beach. Matthew was surprised at the size of the area that the police isolated. The ribbon stretched from the Sherman dock, up into the yard to a folding chair, and then at an angle to a tree on the lot line between the Sherman property and Clay’s. Officer Fletcher was walking the length of the Sherman dock with the roll of ribbon closing the area at the end of the dock so that the water immediately in front of the body would be in the restricted zone. Detective Raker looked up as Matthew and McAllister approached.

“You need to respect that barrier,” Raker called out.

Raker rose to his feet immediately and walked over to confront McAllister. “You’re McAllister?” he asked.

“Yes. Alan McAllister. Can I see her?”

“At the moment, no, sir. I’m sorry. We need to make certain we can move her without disturbing the scene . . . so it will not be compromised. It won’t take long,” Raker explained. “I’m sorry. Your wife’s been dead for several hours, apparently from drowning. Why don’t you and your friend go back to the house. When we’re through here, we’ll let you know. You can view your wife’s body before we take it to the medical examiner.”

McAllister strained to see Rene’s body that lay more than 50 feet away in the sand. “This is an accident, isn’t it? Why the police?”

“Just routine,” Raker replied. “Please, the quicker we can get on with it, the better. I’ll want to talk to you in a few minutes.” Matthew put his hand on McAllister’s shoulder and nudged him to turn. Mac conceded reluctantly, and the two men trudged back to the deck where Shirley was standing. She had been joined by Joyce Sherman. “Have you had breakfast or anything?” Matthew asked.

Peanut butter and jelly on wheat berry bread toasted.
Peanut butter and jelly on home made bread toasted.
Chocolate cake with vanilla ice cream
Touring Civil War battlefields with my son
Duke Ellington, any album, any time.
Watching the sunrise over the Cape Fear River in the morning when I am walking my dog
Mozart
A real good night of sleep
Mockingbirds
Mourning doves