Blog Tour & Review ~ What The Lightning Sees by Louise Bay 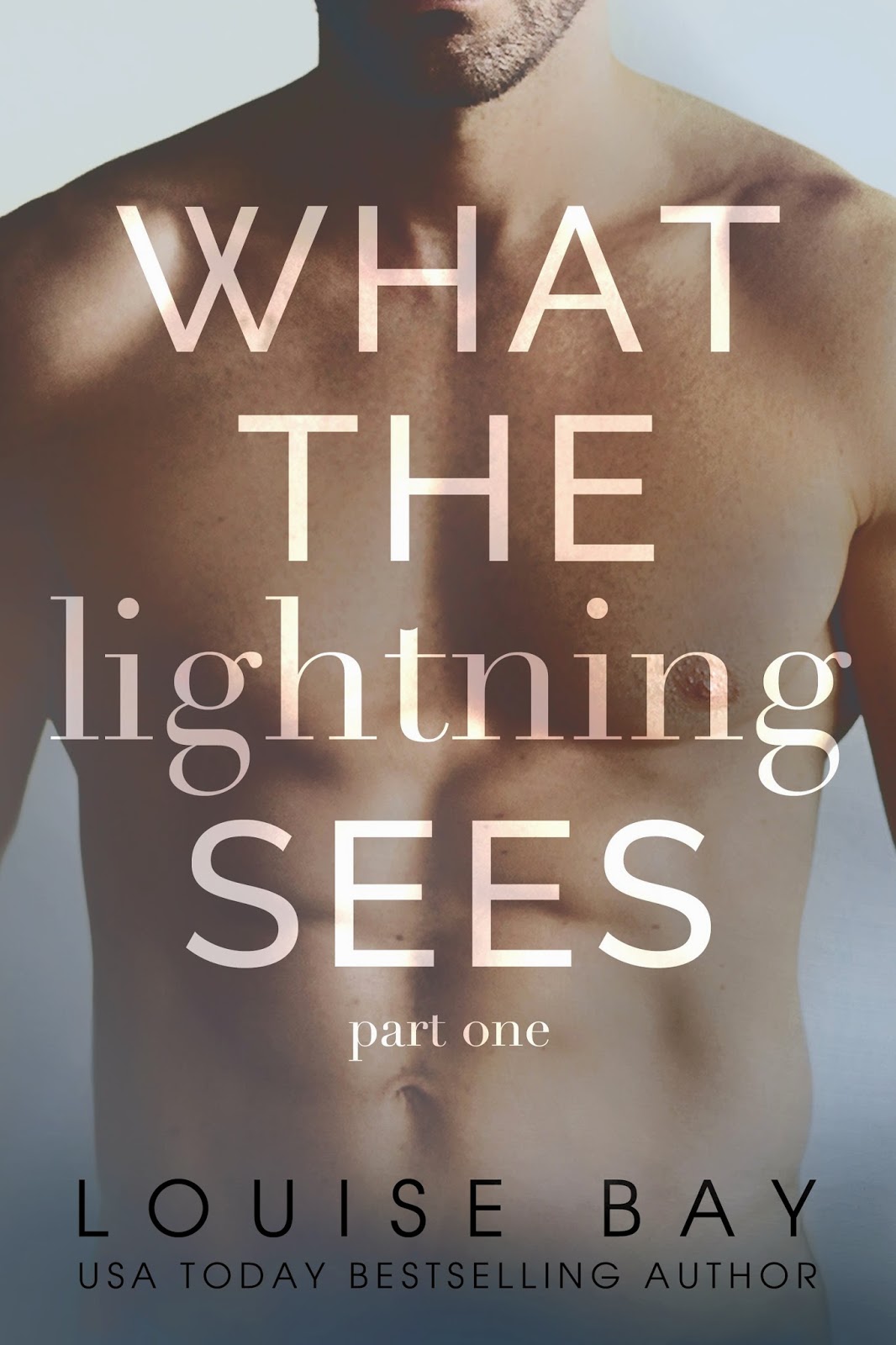 Jake Harrison is everything that Haven Daniels hates about men: over-confident, born into money and too handsome for his own good. Haven finds it difficult to keep her opinions to herself and can’t help but tell Jake exactly what she thinks of him, again and again.

Haven Daniels is uptight, smart and a bit of a bitch – the perfect challenge for Jake. It doesn't hurt that she’s movie star beautiful and has no idea.

Forced to work together, verbal sparring turns into sexual chemistry but men like Jake are trouble and Haven has had enough trouble to last her a lifetime.

Will Haven give into Jake’s charms? Can Jake peel off Haven’s prickly mask, revealing the woman he knows lies beneath? 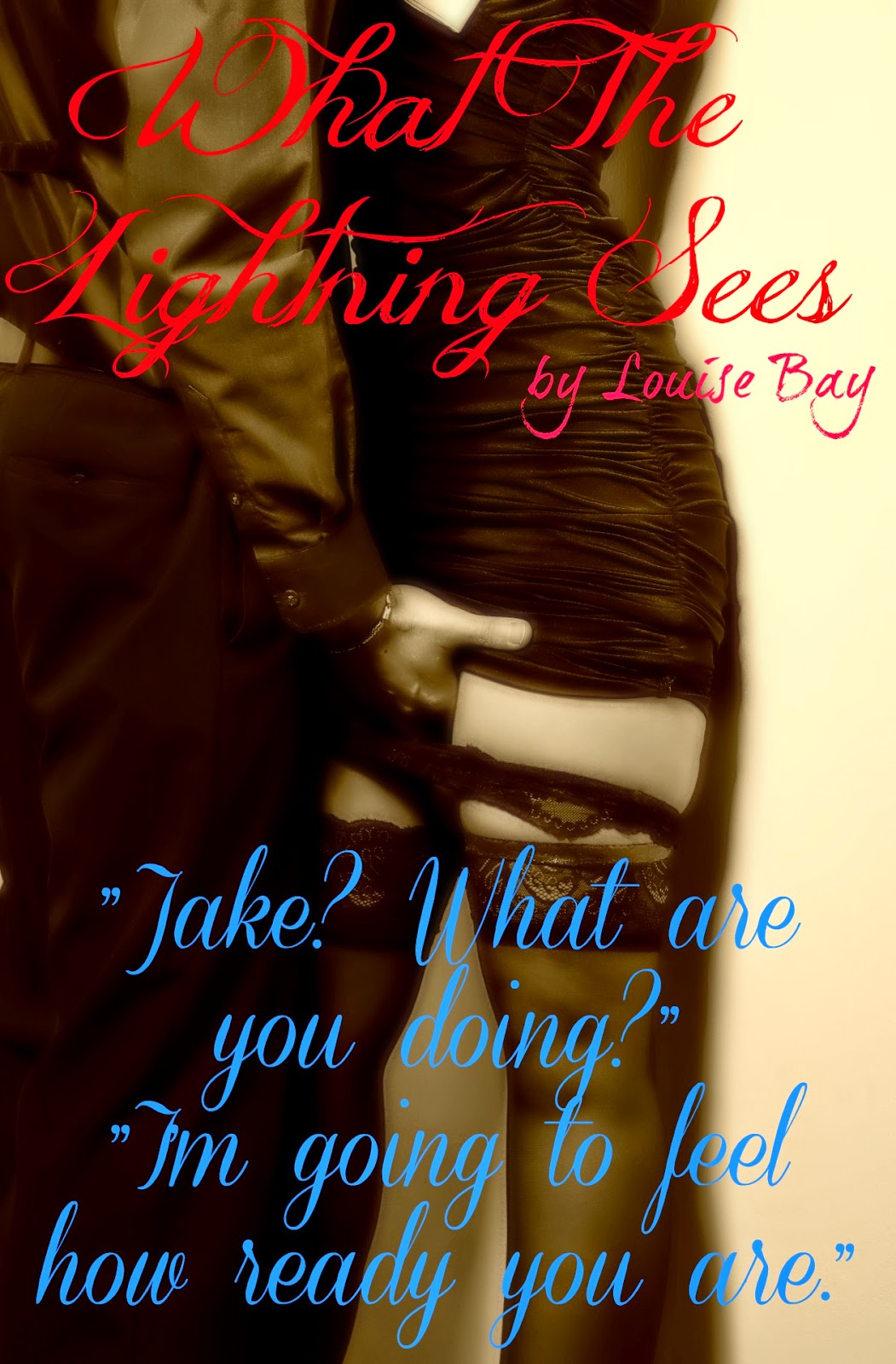 Series Playlist
U and ur Hand – P!nk
Through the Barricades – Spandau Ballet
Anticipation – Carly Simon
Magic – Coldplay
Beauty Has Her Way – Mummy Calls
You’ll think of me – Keith Urban
Into the Woods – Taylor Swift
Here comes the Rain Again – Eurythmics
I Miss You So – Diana Krall
I Won’t Give Up – Jason Mraz
Turn my World Around - Gloriana
There You’ll Be – Faith Hill 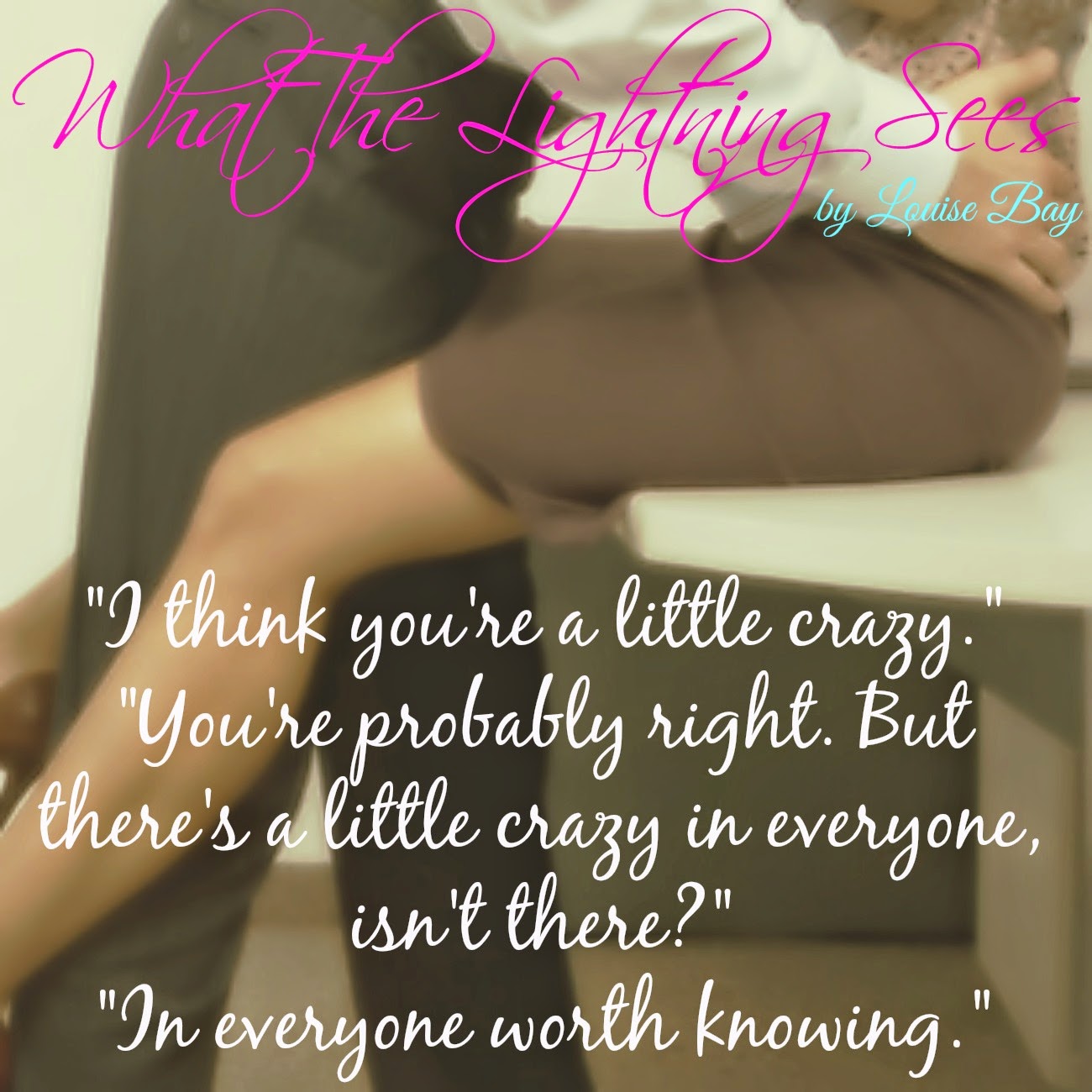 What can I say about Louise Bay that hasn't be said before? And the best part, she really deserves all the praise. Louise is a brilliant writer and I'm glad that I have been lucky enough to read all her works. What the Lightning Sees is absolutely wonderful!

Jake, or as he's introduced to us Henry, is a walk wet dream. He's not just rich, but smart and witty. He's a talented photographer but just does that for fun. There is so much more to him, but he only shows that to a select few.

Haven is very prim and proper at work, so much so that no really cares for her. Like Jake, she only had two people that know the real Haven. Although she wants to be liked by those she works with, she just doesn't really know what to do to befriend them.

Jake and Haven are paired up at work and Jake sees something in Haven that most don't. Now that she's on his radar, he'll stop at nothing to have her. The problem? The more he learns about her, the more he wants to know. She is defiantly not a one time and leave 'em kind of girl.

This first installment was wonderful. Getting to know Haven and Jake is delightful. And that first kiss was fabulous. Louise's ability to tell a story is formidable. Once you start reading, you can't put it down until it's over and even with that you are left hungry for more. I can't wait to see what will happen in the next installment. 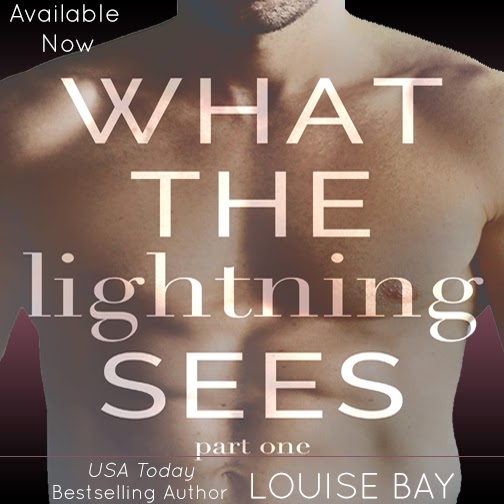 writes sexy, contemporary romance novels – the kind she likes to read. Her books Faithful and Hopeful are stand-alone novels although there are some overlapping characters. Bestselling The Empire State Series of novellas starts with A Week in New York. My next series is What the Lightning Sees.

Louise loves the rain, the West Wing, , days when she doesn't have to wear make-up, being on her own, being with friends, elephants and champagne. 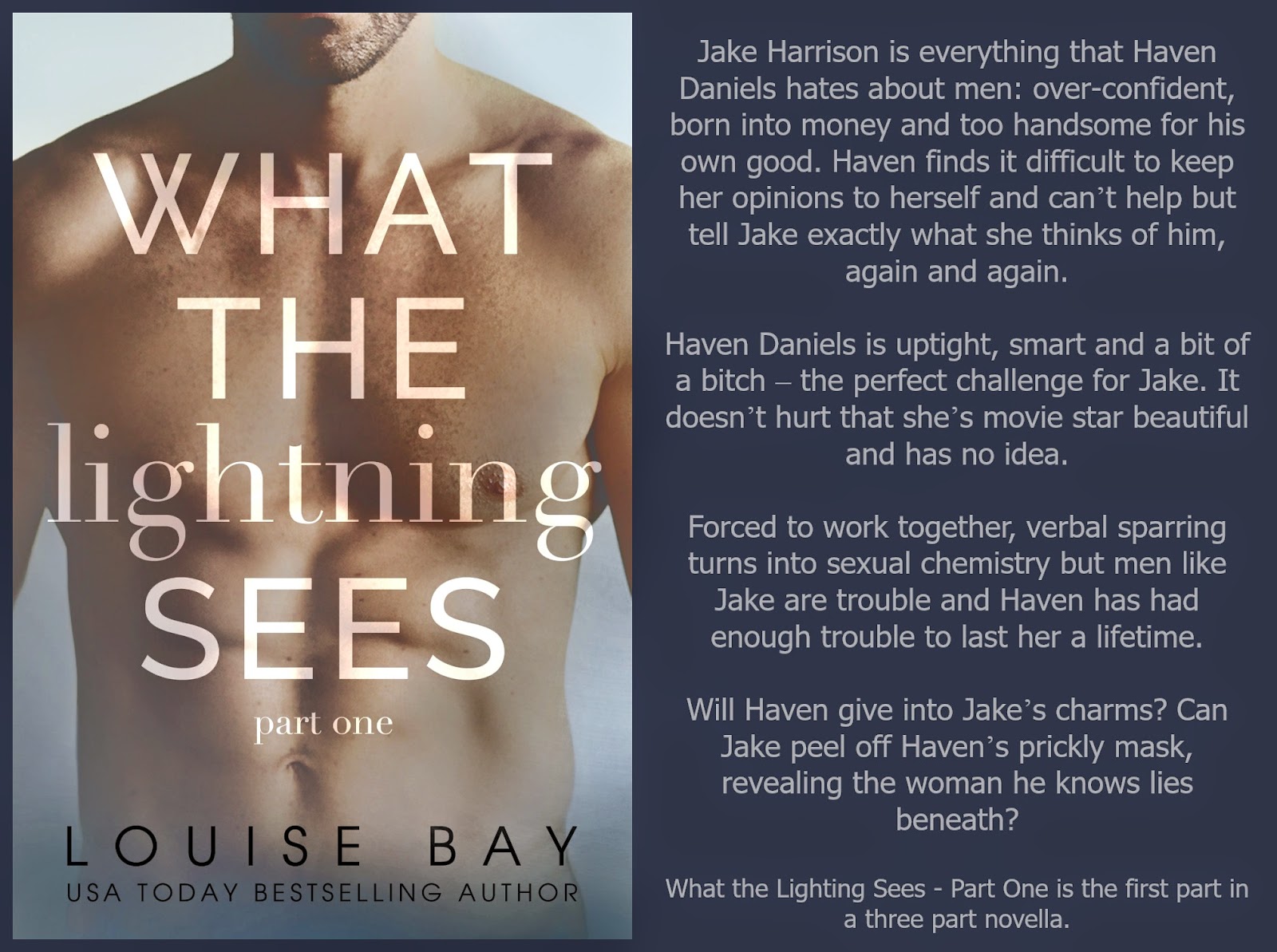 If you are a book reviewer and would like to review WHAT THE LIGHTENING SEES or any of the upcoming titles, please visit the Tour site to sign-up.
Posted by Unknown at 02:00