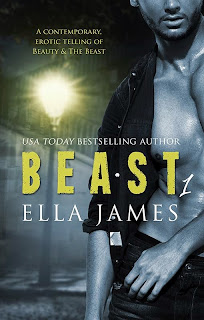 FROM HOLLYWOOD ROYALTY
At twenty-one years old, third-generation movie star Cal Hammond was on top of the world. He had more money than God and more women than any man could need. But when a night of debauchery ends in tragedy, he forfeits a life of luxury for a ten-year prison sentence at La Rosa, California’s most violent prison.

TO A BRUTAL BEAST
Eight years later, a ruthless, cunning man runs La Rosa from the inside. He is known simply as BEAST. All the wardens fear him. All the gangs obey him. He speaks to no one but his inner council. What he says is law.

NOW ONLY SHE CAN SAVE HIM
Annabelle Mitchell’s father is the warden at La Rosa. He deals as dirty as his trustees, and after years of smooth relations with Beast and the gangs he runs, Holt lands on the powerful prisoner’s hit list. That very afternoon, Annabelle pays a surprise visit to her father’s work, hoping to use her new counseling license at a place she thinks she could make a difference. When she catches Beast’s eye, he releases the warden and grabs the daughter. The price for the warden’s error is not death. It’s his precious Belle. 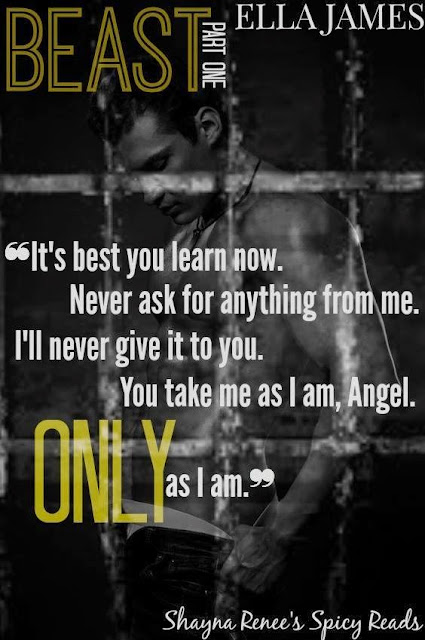 What a seriously explosive start to this series!

Cal-Ricardo-Beast is in prison for killing three people. Sure it wasn't intentional, but the fact remain.

We learn about that fateful night and more importantly, how Beast and Annabelle first meet. And let me tell you, it's some first meeting.

Cut to several years later. Annabelle is taking care of her little sister since her mother is very ill and dying. She's on the way to see her step father about helping her get a job.

Great plan except for the fact that Beast is running the prison and her step father has betrayed him. Beast offers Annabelle a deal in exchange for sparing Holt's life.

Annabelle knows that she should say no but there's something about Beast she's drawn to. Frankly, I'm drawn to him too. He's tall, dark, dangerous, and incredibly sexy.

Their "arrangement" is utterly irresistible. I'd totally take that arrangement any day of the week.

Although Beast wants Annabelle, he gives her an out. She needs to know more about him. Does he remember her?

So many questions but what an exciting start to the series. Can't wait to see where this story will go! 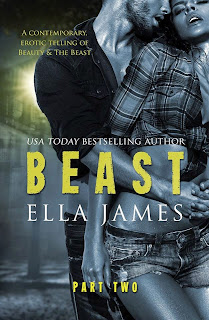 *Beast 2 is a serial novella. If you don't like novellas, or reading stories in installments, this probably isn't for you. It deals with intense subjects and features absolutely panty-melting sex. If you're on a bus, in the subway, in your office, or babysitting innocent children, I'd advise you to read this story later. If you just can't wait, be warned. Beast will make you wet.

*This story will be either three parts or four parts. 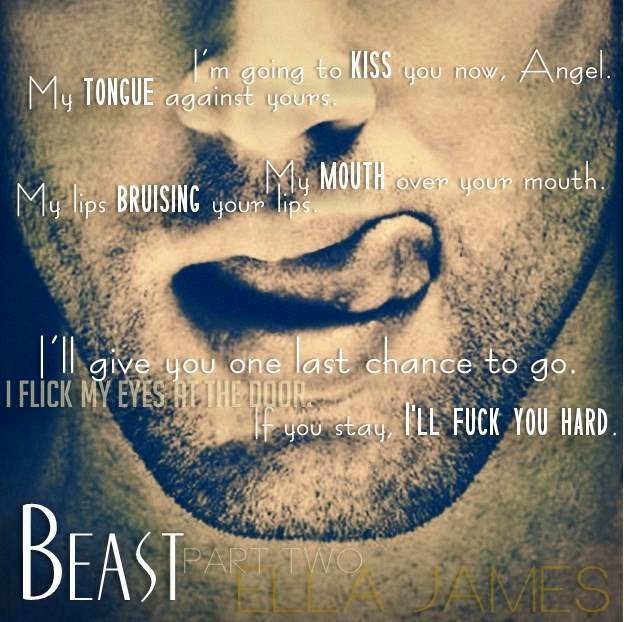 This second installment is enlightening to say the least. We learn more about Beast and why he is the way he is. We also get to know a little more about Annabelle's life with her mother and sister.

They way Beast and Annabelle interact speaks volumes. He desires her like no other, so much so that he's kept tabs on her over the years. Annabelle's feelings for him continue to grow while also being somewhat scared of him. She also believes that there is so more to what's going on then he's lead her to believe.

I loved how this time when they are together, he's softer, sweeter, tender. He still gets a little rough with her, but their connection is growing. He wants her to leave him but he can't seem to let her go.

And the ending... wow! That was a surprise!

This trilling story captures you and won't let go until the end. And once at the end, you are left gasping for more. I look forward to see what happens next in this suspenseful, delicious series. 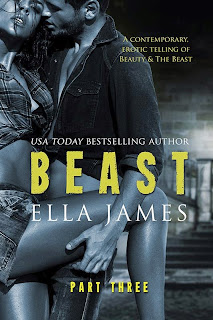 Return to La Rosa Prison as Annabelle tries to save Beast from his grizzly fate. Her tongue and hands are doing most of the saving.

There's suspense and a healthy dose of smut, too. You know that's how you like it...
Goodreads | Amazon Part Three picks up right where Part 2 end. Annabelle isn't sure what to do and she's scared. Scared for her life, but also scared for Beast. Who are these men that come to take? What do they want with her? What will happen to her mom and Ad if something happens to her?

This installment was thrilling. The what if's were abundant. The fact that Annabelle and Beast have only been together a couple of time but she's completely drawn to him and her to him, it's astonishing.

During this installment we get a little background on Annabelle and Beast, however we do get a lot of what Annabelle goes through to find out what is happening with Beast. And once that is discovered, she must decide to take fate into her hands to help a man is barely knows.

Throughout this series, Annabelle has grown into a very different person. At first she was just making it with her job search, her mother, and her sister. Now she's stronger, knows what she wants for her family, and who she wants in her future. The road is a bit bumpy at the moment, but she hopes for the best and will do anything she can to make it so.

Beast comes off this strong, no feelings type of guy at first, but as we've gotten to know him, there is more than meets the eye. Although he refuses to admit his feelings for Belle, he will protect her at all cost. That in of it's self, is heroic.

While this installment was a little less sexy than the prior two, the ending is shocking. Can't wait to see how all this will tie together and hopefully end with an HEA. 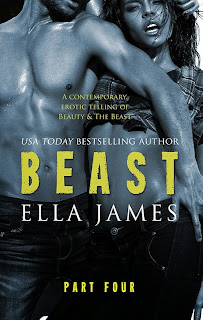 If you read Beast part three, and you should have, since these are serials, I don't think I need to entice you to one-click this novella. Beast and Annabelle are f*cked - and you know they're f*ckING, too. Grab your guns and a few extra pairs of panties! We're on the lam, and it's sexier than ever. 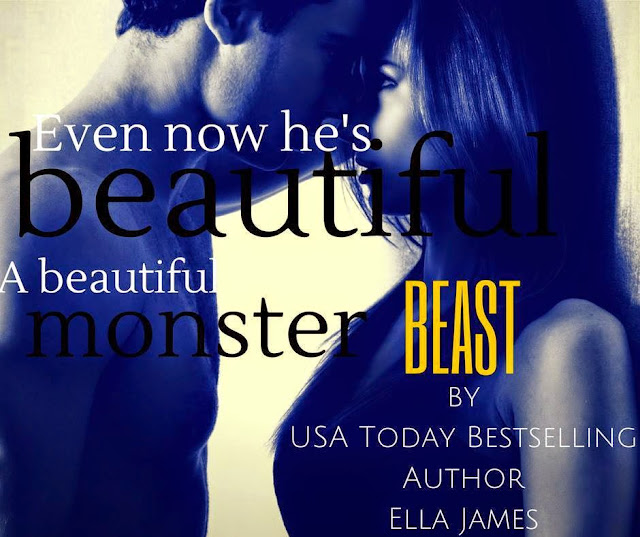 Annabelle meets Cal when she was just a teenage and meet Beast several years later and both times they are drawn together. Nothing either can do will tear them apart nor anything anyone else tries to do.

Now they are on the run fighting for their lives. Neither wants the other in jeopardy, so they are both trying to find a way to save the other. Therefore, Beast reaches out to someone that could help them, if nothing else, to keep Annabelle safe.

Things are bumpy to say the least, but they hope for a future. They have something more than just great sex, a deeper connection.

The journey these two have taken has been turbulent, but what a journey it has been exhilarating. Ella weaves a story that is provocative and entertaining. The characters are brilliantly written and complex.

At times the story may have seemed rushed or stalled, but overall the series was compelling. The way Ella brings the reader into the stories and keeps their attention is impressive. This was truly a naughty fairy tale for adults of all ages.

Ella James is a USA Today bestselling author who writes teen and adult romance. She is happily married to a man who knows how to wield a red pen, and together they are raising a feisty two-year-old who will probably grow up believing everyone's parents go to war over the placement of a comma.

Ella's books have been listed on numerous Amazon bestseller lists, including the Movers & Shakers list and the Amazon Top 100; two were listed among Amazon's Top 100 Young Adult Ebooks of 2012.

To find out more about Ella's projects and get dates on upcoming releases, questions or comments? E-mail her at ella_f_james@ymail.com.