WHAT THE LIGHTENING SEES
PART 2
By 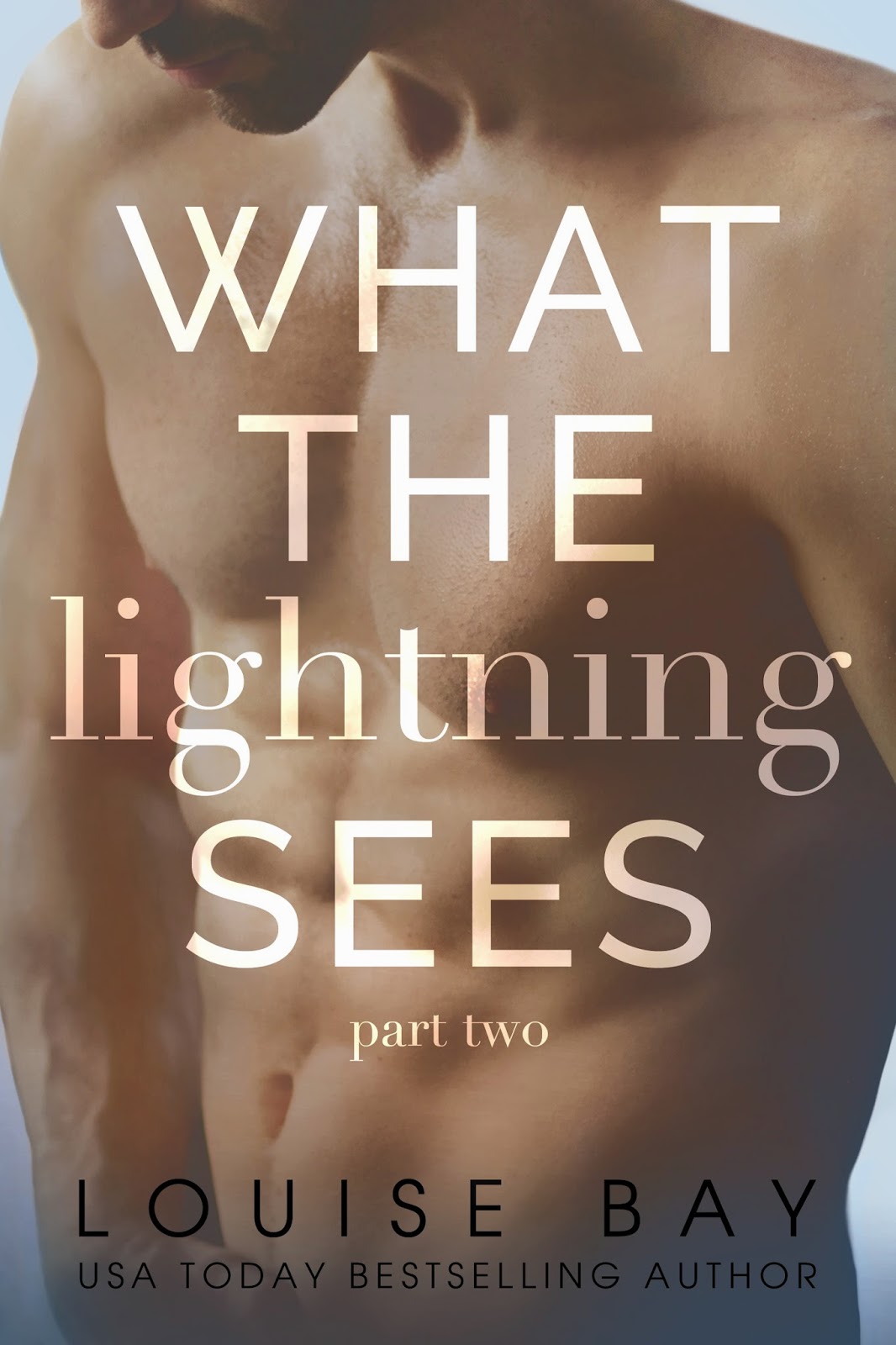 Haven had thought she was wrong about Jake, but apparently she should have trusted her instincts. He wasn’t the man she thought he was. The chink that Jake managed to put in her armor has healed over. She’s shut down and as far as she’s concerned, it’s all business between them from now on.

Thrown together on another assignment, anger, frustration and jealousy are at the forefront of Jake’s emotions. Will Jake convince Haven that he really cares or will he let her go as she insists he must?


What the Lighting Sees - Part Two - is the second part in a three part novella series.

Part Three is out on May 25th and is available for pre-order NOW. Sweet Jesus! Louise really knows how to get the reader going!

As I impatiently waited for this next part of What The Lightning Sees, I began to wonder how Louise would take this story. Of course I had my ideas, but I sure wasn't expecting what I got.

This part picks up right after part 1, Haven has put a stop to the budding relationship with Jake. Yes, this broke my heart because Jake really is something special. Jake, for his part, tries to accept her decision but having to work with her on her next assignment proves to be difficult. His feelings for her run so much deeper than he's willing to admit.

Haven wants to be with Jake, badly, but is afraid of letting anyone into her heart. She's been through a lot and keeping Jake at arm's length is what she feels is best. However, as their time working together comes to a close, Haven begins to question her judgement.

Of course, fate decides to give these two a window of opportunity to make things right and try again. And when they finally stop fighting it, they have something extremely irresistible and scorching.

The passion Jake and Haven having is just what the other needs. They are perfectly matched and you can't but be happy for them. However, we know something is bound to happen that could put this new couple's relationship in peril.

That something comes and leaves the reader breathless. How? Why? What will happen to Haven and Jake? Louise leaves us questioning everything while hoping for the best.

This second installment is by far a brilliant masterpiece. The emotional roller coaster she takes us on is gripping. Her ability to draw the reader into the story makes her a must read for me. And now I wait on bated breathe for the next installment. 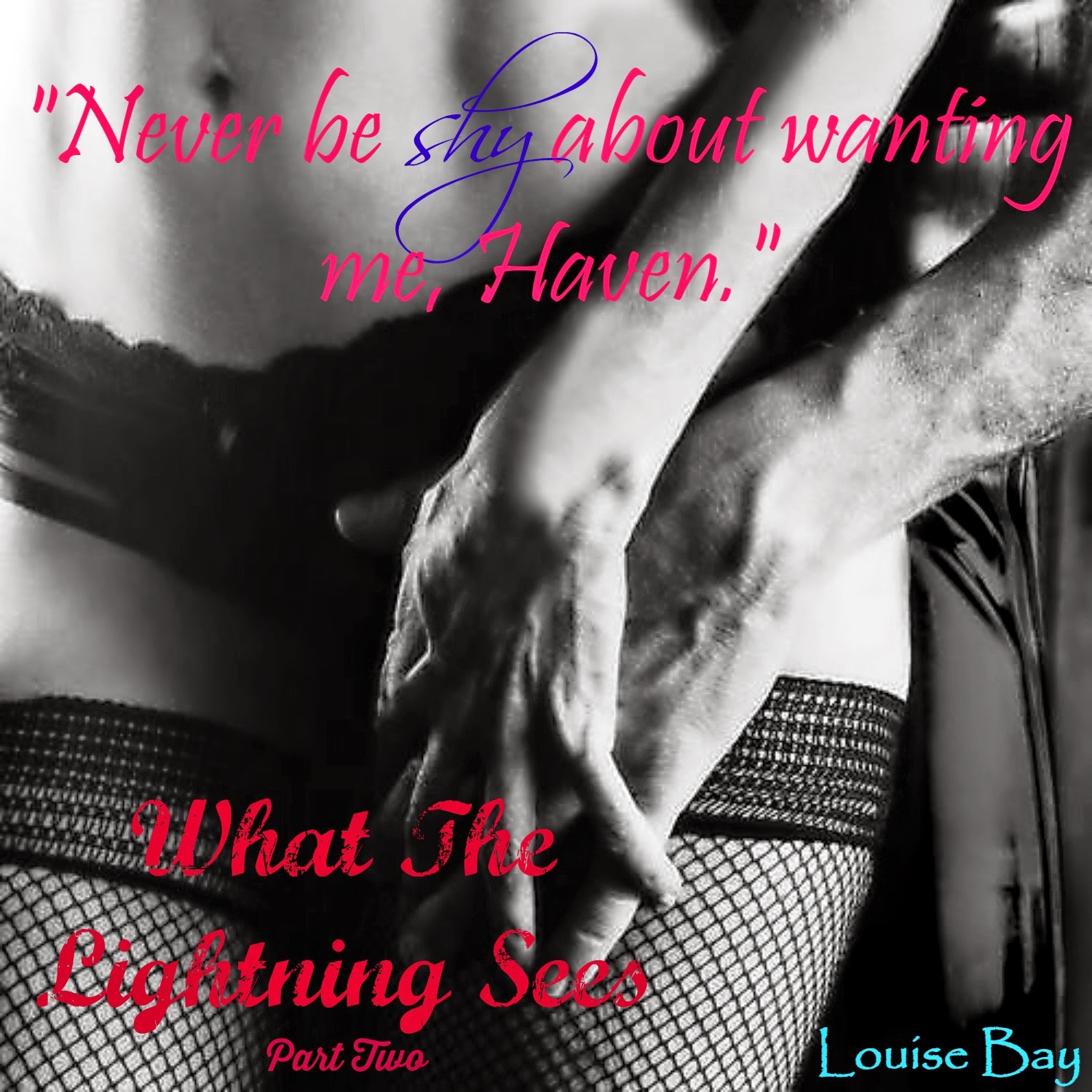 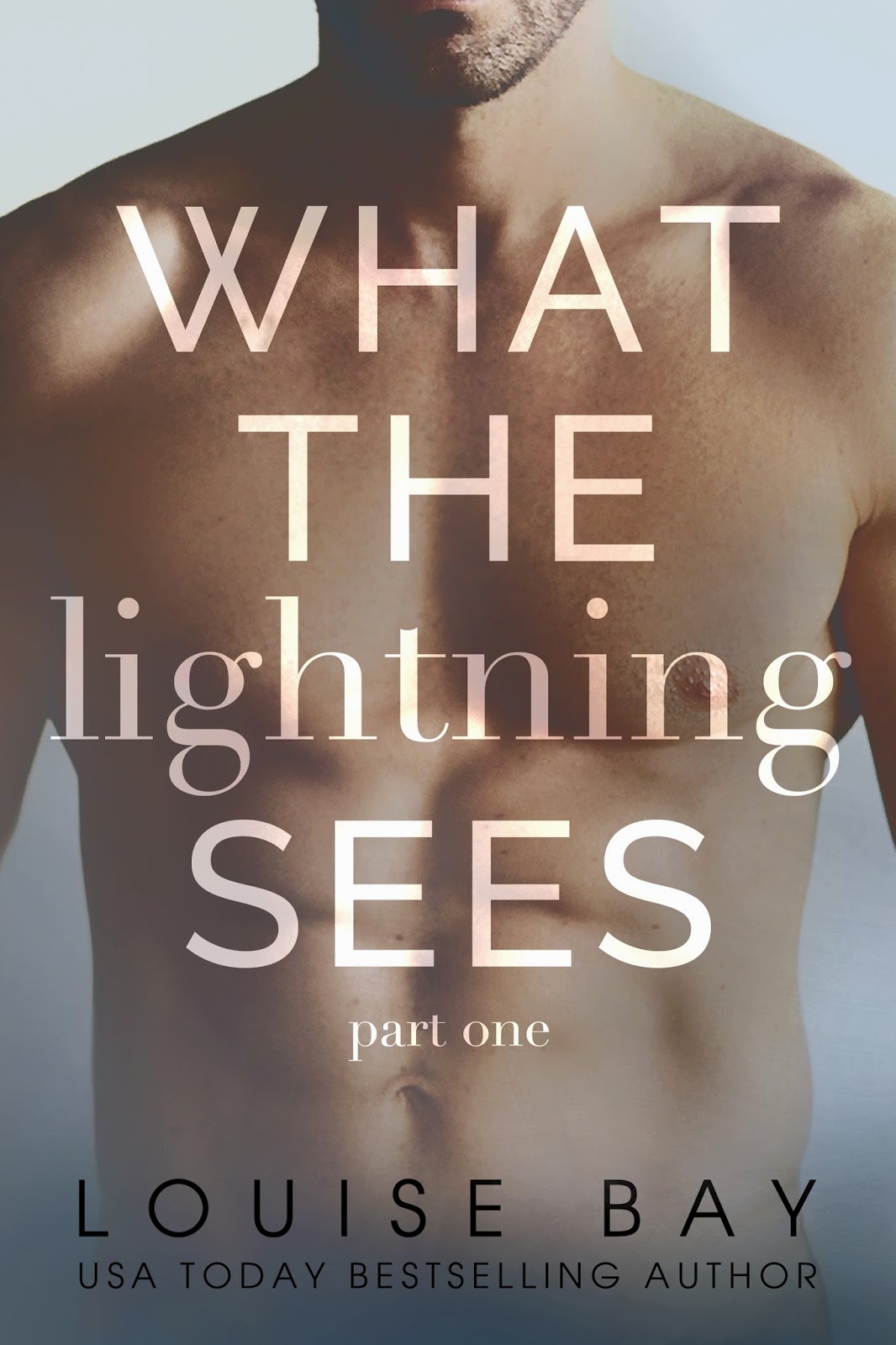 Jake Harrison is everything that Haven Daniels hates about men: over-confident, born into money and too handsome for his own good. Haven finds it difficult to keep her opinions to herself and can’t help but tell Jake exactly what she thinks of him, again and again.

Haven Daniels is uptight, smart and a bit of a bitch – the perfect challenge for Jake. It doesn’t hurt that she’s movie star beautiful and has no idea.

Forced to work together, verbal sparring turns into sexual chemistry but men like Jake are trouble and Haven has had enough trouble to last her a lifetime.

Will Haven give into Jake’s charms? Can Jake peel off Haven’s prickly mask, revealing the woman he knows lies beneath? 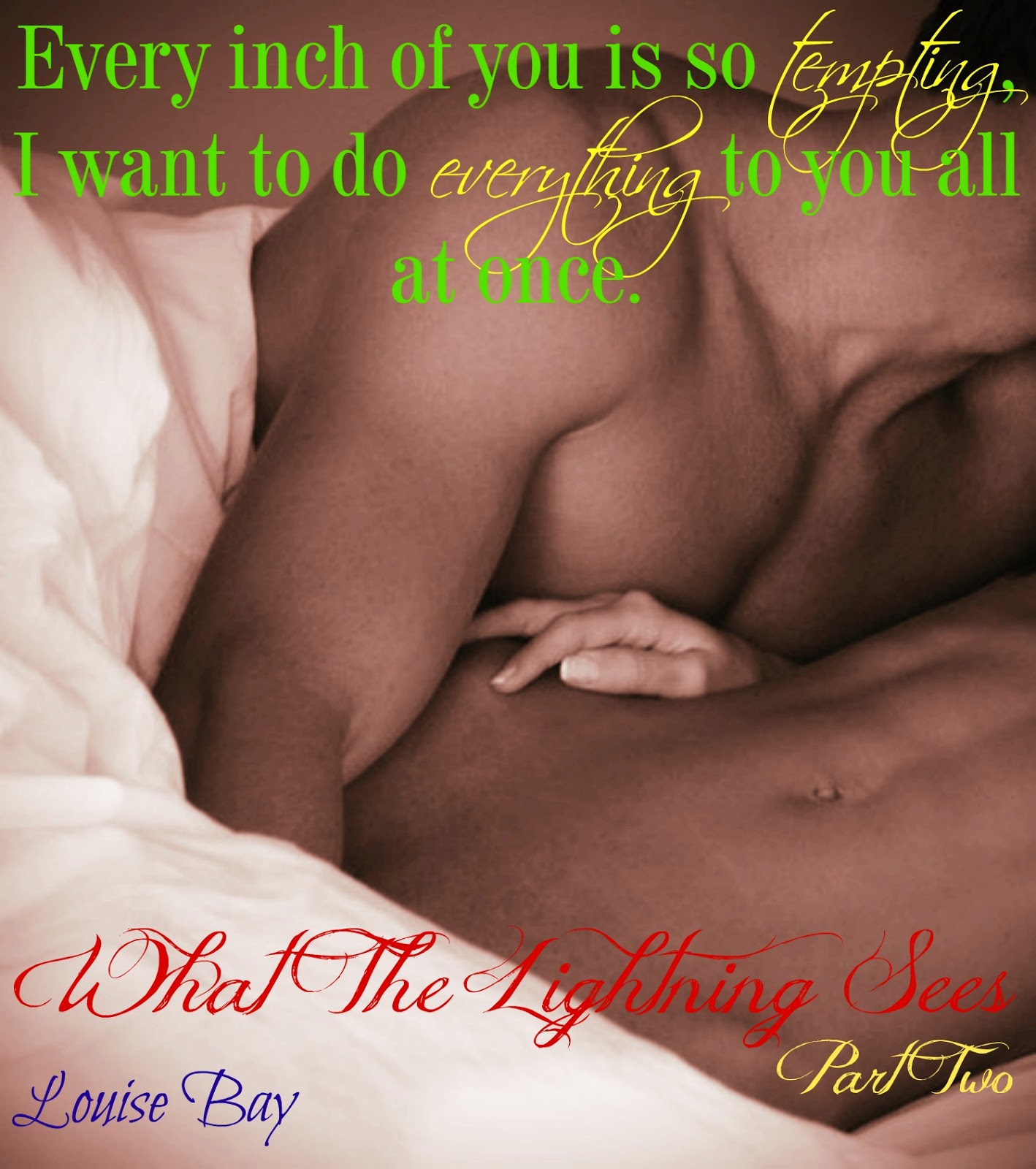 U and ur Hand – P!nk
Through the Barricades – Spandau Ballet
Anticipation – Carly Simon
Magic – Coldplay
Beauty Has Her Way – Mummy Calls
You’ll think of me – Keith Urban
Into the Woods – Taylor Swift
Here comes the Rain Again – Eurythmics
I Miss You So – Diana Krall
I Won’t Give Up – Jason Mraz
Turn my World Around - Gloriana
There You’ll Be – Faith Hill 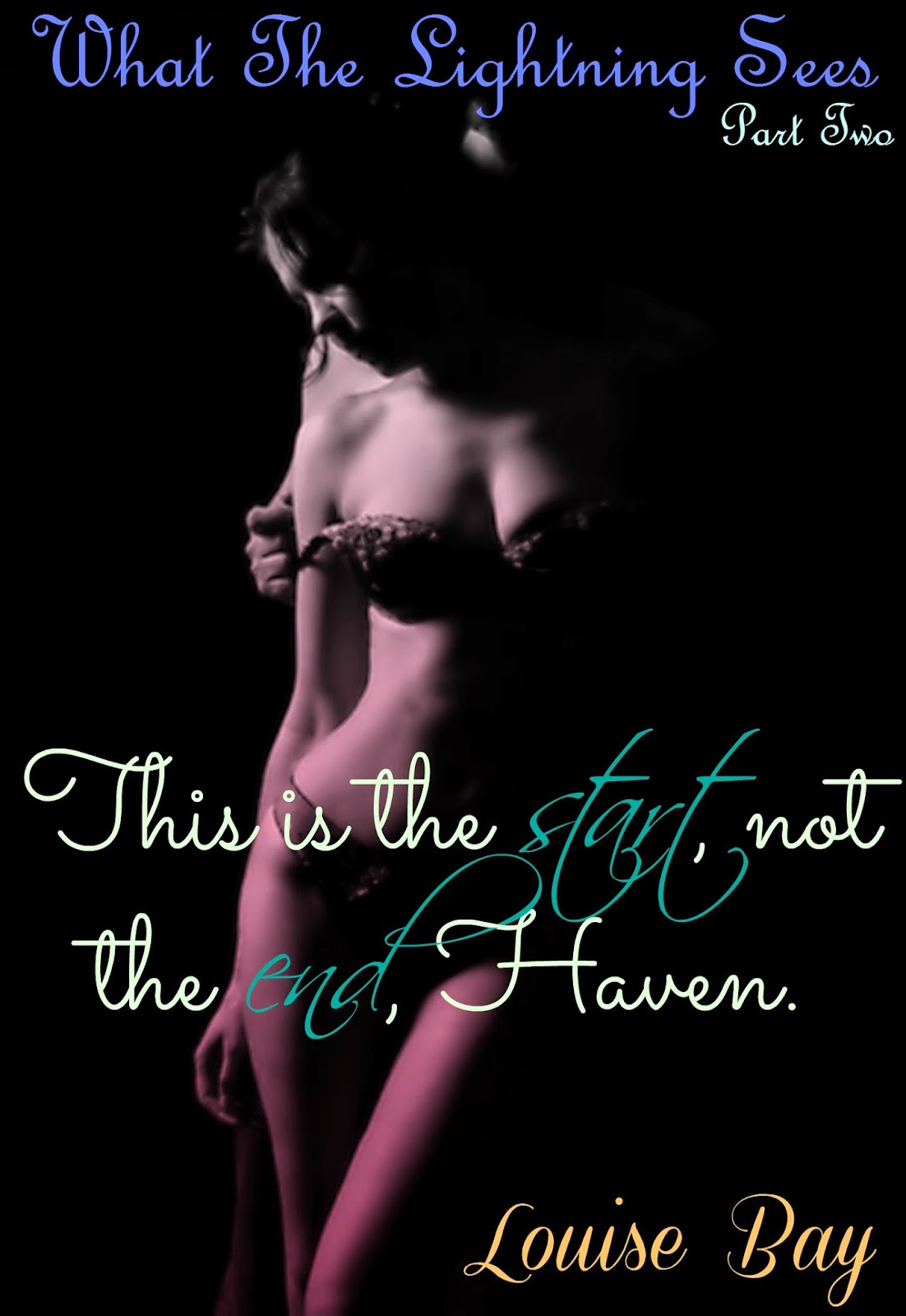 writes sexy, contemporary romance novels – the kind she likes to read. Her books Faithful and Hopeful are stand-alone novels although there are some overlapping characters. Bestselling The Empire State Series of novellas starts with A Week in New York. My next series is What the Lightning Sees.

Louise loves the rain, the West Wing, , days when she doesn’t have to wear make-up, being on her own, being with friends, elephants and champagne. 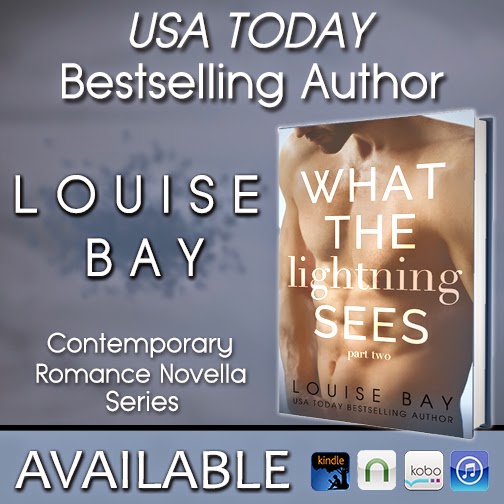