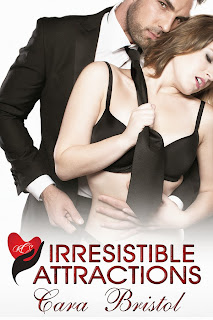 Irresistible Attractions is a Rod and Cane Society romance,
but all Rod and Cane books can be read as stand-alones.

College student Hannah Laurie works nights for a cleaning service. Among its clients is the Rod and Cane Society, an organization of domestic discipline practitioners. As she cleans the mansion headquarters, she becomes fascinated by the idea of being spanked. One evening, she surrenders to the impulse to try out the equipment in the secret disciplinary chamber.

Millionaire cybersecurity magnate Jordan Bevy, Rod and Cane’s disciplinary proctor, ensures the rules of the organization are followed to a T. Using the disciplinary chamber for personal pleasure is strictly forbidden. But when he catches the shy little cleaner girl trying out the equipment, what’s a fellow to do but bend the rules and give her a hand?


Everything seems like fun and games, until their relationship deepens and their respective worlds collide and clash. Can a lowly cleaner girl ever find acceptance in her boyfriend’s monied world?


Add To Goodreads
Amazon | ARe | Kobo

Vacuuming finished, she wound the cord around the cleats and pushed the machine into the hall, remembering how she’d gotten flustered and left it on the elevator. Jordan Bevy must have thought she was a ditz. Naturally she would make an ass of herself in front of the sexiest man she’d ever encountered. He made the guys at her college look like little kids.

She eyed her favorite. Gorgeous cherry grain. Slick, smooth leather, the kind resistant to sweat stains, she suspected. In her fantasies, she knelt on that bench. Dare she try it out for real? Doing so violated the rules, but it wouldn’t disturb anything, and tonight might be her sole chance. Amberlyn would come back—or Tidy Titans would replace her. Either way, she’d never be alone in the mansion again.

Before she lost her nerve, she strode to the apparatus. Spastic butterflies beat frantic wings in her stomach as she knelt on the lower padded seat and relaxed her torso atop the upper one. She wiggled her wrists into the leather loops attached to the front legs. She peeked over her shoulder at her reflection and winced at her big booty, covered in unattractive gray wash-and-wear cotton poly. Not her best feature. Why couldn’t she have had a cute little butt to go along with her short stature?

Hannah freed her hands from the restraints and tugged up the skirt. Her lace thong left her backside near naked. Twisting her arm, she swatted one pasty cheek. Smack! Smack! Buns of steel? More like jiggles of Jell-O. She slapped herself several more times. It was hard to get a good swing. If only she had longer arms…

Hannah scurried to the wall and snatched a short, slender cane then hopped back on the bench and hiked her dress over her waist again.

She tapped herself with the rod. More kiss than slap, it imparted only a slight sting. Tightening her grip, she swung a little harder. Ow! She wiggled her bottom. Nice tingle, but it disappeared too fast.

She was so bad. This was breaking every rule and some that hadn’t been written yet. Tidy Titans’ Rule No. 35: Do not try out clients’ spanking equipment.

Hannah giggled and landed another strike on her bottom. “You’re a naughty girl,” she chided aloud, imagining her fantasy man saying it. But, this time, he had Jordan Bevy’s face.

I really loved this book, this series! Cara's way of storytelling is captivating. She grabs the reader from the start and doesn't let go until the end. But at the end, the reader is left wanting more because you've become invested in this couple. Through the ups and downs this couple faces, you can't help but fall in love with them. 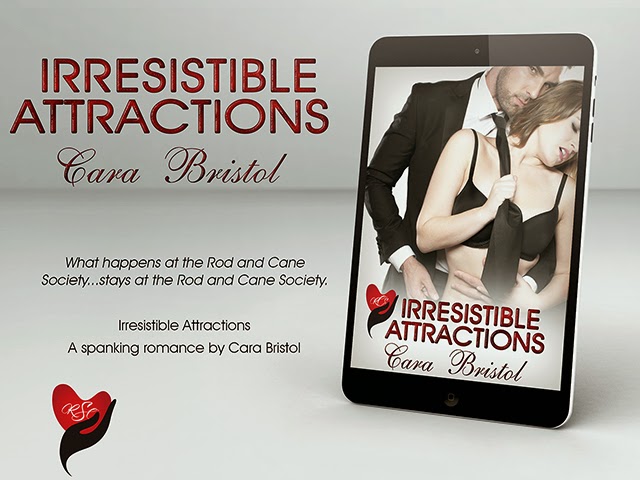 Through the gap, a flash of movement caught his attention, and he yanked back the curtains.

“Holy shit!” Crouched on a spanking bench, Hannah pulled up her skirt and mooned him through the two-way. What a gorgeous ass she had. So very spankable, she proceeded to do just that—she slapped herself. Through the audio system, he could hear the smack. After several light spanks, she scurried to the implement wall, grabbed a cane of all things, and reseated herself.

He felt like the worst sort of Peeping Tom, mesmerized by the little cleaner girl’s delectable derriere and guilty expression of pleasure. Her strikes were too tentative to cause any damage or leave marks, but her sassy giggle shot straight to his cock as if she’d licked him. “You’re such a naughty girl,” she scolded herself.

Good intentions crashed. He depressed the button on the intercom. “Yes, you are a naughty girl,” he said into the mic.

Hannah screamed. The cane flew out of her hand, and she vaulted off the apparatus with an Olympic dismount worthy of the gold if he ever saw one. He released the button and roared with laughter.

Still chuckling, he drew the drapes, locked the room, and went to confront her.

All the more reason to teach the curious little miss a lesson. Maybe he rationalized his actions, but she didn’t seem quite as young as she had an hour ago.

Hannah stood across the room, hands clasped to her chest, her face pinker than her curvy bottom was going to be. Doing his best not to laugh, he affected a frown. “Is this what you do when you’re supposed to be working?”

Jordan picked up the cane she’d dropped. On the more severe side of the implement family, the cane wasn’t for newbies. He replaced it on the wall. “Have you ever been spanked? I mean, other than the one you gave yourself?”

Pink deepened to crimson, and she shook her head.

“No, sir.” She focused on his shirt button.

“That’s better.” The response he’d sought shot straight to his groin. “Did you like spanking yourself?”

“It’s considered polite to look at someone when he addresses you.”

Her lovely brown eyes swam with tears, and he almost relented. She had been goofing off on the job, the equivalent of skateboarding down the hallway, but he had no wish to cause her true distress or for her to develop a negative association with spanking.

Jordan approached her, stopped a few feet short of touching her. “I ask again. Did you enjoy it? Tell the truth.”

She sucked her bottom lip into her mouth.

“Hannah?” Her name came out on a growl.

“What should happen to someone who plays when she should be working?” he asked.

“I guess you should r-report me t-to Tidy Titans.”

“Is that what you want?”

“Perhaps we can agree on an alternative.”

He shifted his gaze to the wall of implements.

“A spanking?” she squeaked.