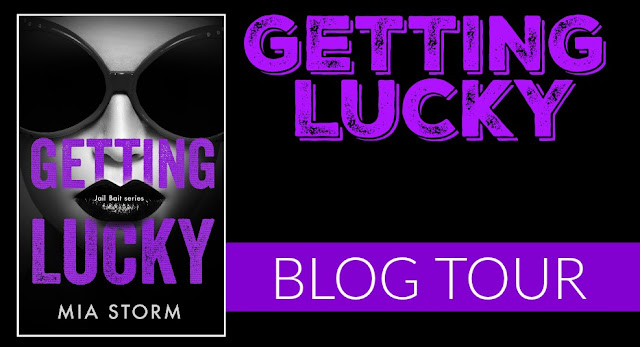 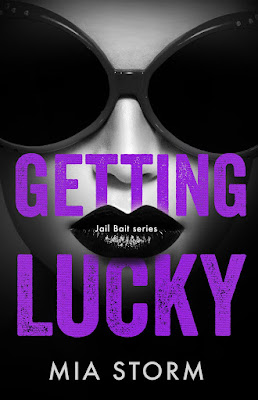 “Getting Lucky”
a song by Tro Gunnison

Raised in the system, Shiloh Luck’s first sixteen years have been anything but lucky. After winning The Voice, she’s finally living the dream—a record contract, talk shows, a North American tour opening for the hottest band out there. Everything is going according to plan...until their frontman, Tro Gunnison, explodes her life into chaos. He’s shallow, self-centered, and completely infuriating, and he’ll do anything for notoriety. Including her. Like it or not, she’s stuck with him for three months on the road, but the longer they spend together, the more she begins to realize there’s more to Tro than anyone has ever dug deep enough to find. If his attention is anything other than just another publicity gimmick, she might let herself see where it leads. But before she can risk everything, she has to be sure.

If there’s one thing that Tro Gunnison has learned in the six years since he left his past in the dust, it’s that living life big, bold, and totally outrageous keeps people from seeing past the glare. He’s buried his demons beneath six feet of sex, drugs, and rock and roll, and he’s convinced no one will ever dig them up…until Lucky. She’s young, but not naive, and without even trying, she sees past the facade to the man underneath…which scares the hell out of him. Because what started out as smoke and mirrors has somehow turned real, and for the first time in his life, there’s someone he cares about more than himself. But it turns out getting Lucky could be a double-edged sword.

He’s always been sure it would be his past that would bring him down, but it might turn out to be Jail Bait instead.

Mia Storm is a hopeless romantic who is always searching for her happy ending. Sometimes she’s forced to make one up. When that happens, she’s thrilled to be able to share those stories with her readers. She lives in California and spends much of her time in the sun with a book in one hand and a mug of black coffee in the other, or hiking the trails in Yosemite. Connect with her online at her website, on Twitter and on Facebook.

I squint against the reflection of the megawatt stage lights off the shiny cover of the Rolling Stone issue Jimmy Fallon is holding up for the The Tonight Show cameras. There’s a ripple of excited chatter from the live audience, then a girl near the back shouts, “Marry me, Tro!”

On the screen at stage right, I watch as the TV monitor pans in on the cover, a full frontal of me totally nude except for the black and red Schector C-1 Hellraiser hanging from the strap around my neck and covering the part of me that would have made the cover X-rated otherwise. She’s my baby—my first electric guitar and the only thing I own that I truly give a shit about.

Jimmy flips his hand at the image. “It’s pretty safe to say you’re comfortable in the limelight, but some people say you’re over the top.”

I almost never agree to interviews. First, you sort of have to be sober for them, and second, they’re bullshit. But Jimmy’s pretty cool, and my manager was pissed that I’d turned down every other promotional opportunity leading up to this tour, so here I am.

I loop my arm over the back of the chair next to his desk and slouch into it, crossing one black-booted ankle over the other knee. “Balls out, man. That’s how I live my life. I know some people find that offensive, but…” I give the audience my best I-don’t-give-a-shit smirk. “Who the fuck cares?”

There’s a mix of chuckles and gasps from the studio audience, and the girl in the back yells out, “I love you!”

Jimmy cringes. “And…that’s why we do these segments on tape,” he says, scratching the top of his head. He leans on his elbows toward me. “So balls out.”

I nod. “I live life on my own terms. Otherwise, what’s the point. I march to someone else’s orders, then I’m living someone else’s life. I’m not gonna waste my time worrying about what other people think. I do my thing, they do theirs, and everyone’s happy. That’s all it’s gotta be.”

A wry smile curves Jimmy’s mouth as his fingers drum the desk. “That’s pretty philosophical for a guy who’s first big hit was about getting lucky in the middle of a barroom brawl.”

I pull myself up straighter. “Let it be, let it be, let it be, oh let it be,” I sing, doing my best John Lennon. Girls in the audience scream. “That was a from guy who’s first hit was all about begging some chick to love him.” I plant my elbow into the arm of the chair and lean toward Jimmy. “And as for nailing someone in the middle of a brawl, the deeper symbolism there is that life is all about finding the positive in adverse situations—looking for the silver lining, and all that shit. So that song might have been a little more philosophical than you’re giving it credit for.”

He cuts an amused glance backstage. “Got your finger ready on that bleeper, Pete?”

I’d apologize, but I don’t. Ever. That’s part of living balls out. I live in the moment and never apologize for any of it.

I spent way too much time doing that before I learned that the only thing that really matters is right now. My real life started six years ago, when I walked away from what I thought was life. I never look back at all the shit that came before. None of it matters.

“So, I’ve got to ask,” Jimmy says, setting the Rolling Stone issue face down on his desk. “How sick do you get of the paparazzi and the tabloids? You must feel like you’re living in a fishbowl most of the time.”

My manager, Ray, called me last night while I was kicking back at the hotel with the guys to ask me what the fuck I was thinking. Apparently, last night’s episode of Access Hollywood had someone’s iPhone footage of me banging some actress I don’t even remember meeting on a table at the Sunset Lounge. I was pretty fucked up at that after-party, but just because I don’t remember it doesn’t mean I doubt it happened.

“The way I see it, they’re just doing their job, trying to make a buck. Why anyone would want to read or watch that shit is beyond me, but as long as there’s a market, I can’t really get too pissed about it.”

“You don’t feel like you’re entitled to a private life?” he asks.

I give him half a shrug. “Nothing they do is going to change anything I do. I’m just living my life. If they feel compelled to capture that on film, so be it.”

“That attitude will probably save your sanity.” He scoops a copy of Roadkill’s latest studio CD off his desk and holds it up for the camera. On the over, I’ve got this sort of deranged psycho-killer look in my eye and the guys are in the shadows behind me. Totally fucking sinister.

“Speaking of which, the lead single off your new CD, ‘Insane,’ debuted at number one on the rock charts last month.”

“Yeah.” I send an appreciative wave toward the audience. “Thanks, guys.”

A handful of girls scream my name and the rest of the audience applauds.

“Fuck me, Tro!” the girl in the back shouts.

I shield my eyes with my forearm and squint through the lights to a seat near the back, where two security guards are converging. “Be right there, doll.” I flick a hand at Jimmy. “Just give me a sec to finish up what I’m doing here.” 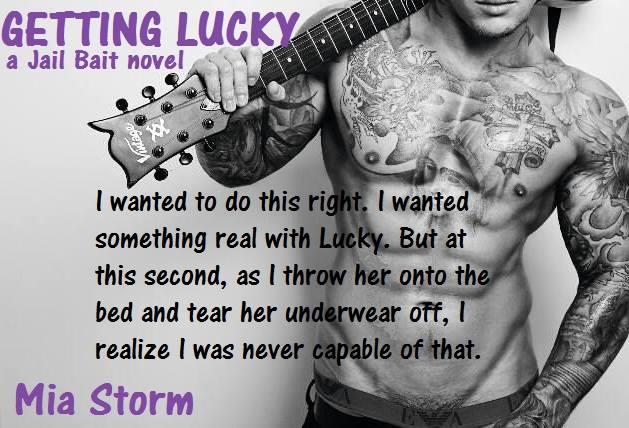