Eva doesn't claim to be a good guardian angel, but she tries. After she loses two charges, the Powers That Be begin to doubt her abilities. To redeem herself, Eva sets out to rescue Elsie, granddaughter of the former king of the Fae. A demon has kidnapped Elsie to complete an ancient ritual that will allow him to slip through the veil between Earth and Hell during the Sturgeon moon.

Thomas, an angel liaison, finally lands his first mission. But when he's paired with the angel responsible for his uncle's death, he has to put aside their differences to get the job done.

With unlikely friends in tow, Eva and Thomas are in a race against time. Save Elsie, save the world—oh, and save Eva's job. 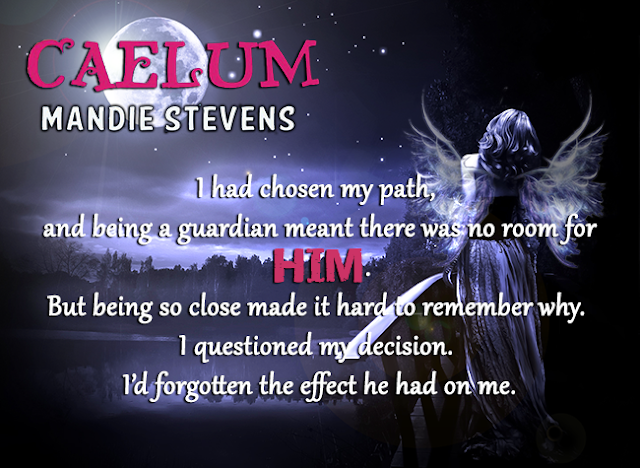 A young brunette was positioned on Soren’s lap, fresh blood trickling down her neck. As soon as he saw me, he pushed her off and stood. The girl didn’t seem to care. She was still high from his bite. Soren looked to the girl.

“Leave.” The words came out clipped and angry. His cheeks were flushed from feeding, I looked at the girl, wondering, but I wasn’t drawn to her. She wasn’t my charge. I did wonder if I had been sent to save Elsie from Soren. My entire being would know the moment I saw Elsie. George used to call it my angel voodoo.

He moved toward me fast. The energy coming from him was like a lightening storm, and I wanted to be in the middle, letting his rain envelope me. Getting too close would mean being struck by his lightening. Everyone close to him always ended up scorched.

Mandie Stevens has always been accused of living in her own world so she decided to put it to paper. When she isn't writing you can catch her lounging on the beach reading. Mandie has penned both nonfiction and urban fantasy.

She has ridiculously little feet and would be happy eating seafood every day. 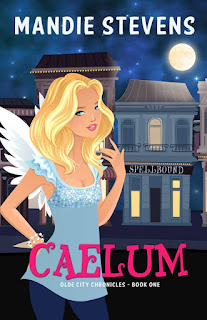