One night. A sexy secret. And a New Year’s Eve they’ll never forget.

Pro baseball player Cooper Knox is tired of groupies and fans - so when a sassy brunette with curves for days doesn’t recognize him, he’s not about to let his secret slip. She wants a night to remember - and he’s going to show her a few moves she’ll never forget.


But secrets have a way of catching up with you - and when the ball drops at midnight, the new year isn’t the only thing that will be starting with a bang.

Cheers rise from the club as the countdown to midnight begins.

The world seems to echo around us, as everyone joins in the proclaiming of the final moments of this year: people on the streets, in the club, even other rooftops. It’s as if all of Atlanta has turned out to celebrate. In the distance the peach rises above the crowd ready to drop.

Shelby leans over the railing, watching the people outside the club pair off as they get ready for a midnight kiss. I wasn’t expecting to find anyone like her in Atlanta, much less on the rooftop of my club. She looks over her shoulder at me, a silent dare in her eyes.

I snake an arm around her waist, enjoying the sound of her breath hitch. My fingers connect with her skin through the cutouts on her dress, pressing against her bare skin. It’s tempting to push the dress aside and explore more, but the dress locks her in fabric. She shivers, and I pull her closer to me.

“You’re a little premature on that, sweetheart.”

I pull her tightly against me. She follows my command, pressing herself into me. Her hands move up my chest, grabbing hold of my blazer’s lapels. I know exactly how this night is going to end.

Her lips hover over mine, but I don’t move in right away. Shelby’s eager and waiting, breathless in anticipation of my touch. What man can resist such a sight?

Our lips meet. Fireworks rip through the night and the city roars with celebration, but that is so far removed from this moment. Kissing Shelby is a perfect curve ball. She’s soft and her grip tightens on my jacket as I slip my tongue into her mouth. She moans deep in her throat and I shift my arms, letting one hand settle over her perfect ass.

I pull back and she tries to reel me back in by my jacket. I study her face, beautiful, flushed, and alive. “You wanna get out of here?” I ask.

Her eyes glossy and lips still puffy from the kiss, she breathes, “Absolutely.” 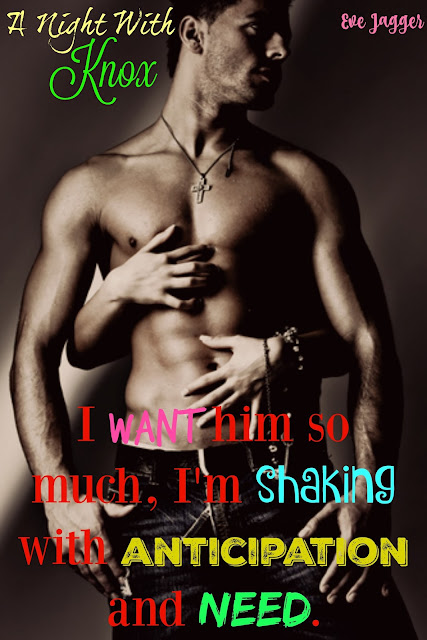 It's New Year's Eve and you're single, no thanks to your brother, and without a prospect in sight. So what's a girl to do? Shelby needs a plan, a plan that her overprotective brother can't manipulate.

Cooper Knox is in town for the New Year and celebrating the opening of The Library with his fellow Sexy Bastards. What better way to have a night of fun with the guys and maybe a girl or two to help ring in the New Year. But he's looking for someone that isn't a baseball groupie, someone that isn't looking for more than one night. He's a playboy and he's got standards.

A chance encounter brings these two together and things get hot, fast! The two sneak out to get the know each other better. To share a night of passion that will take their breath away.

In the morning, they part as agreed upon. No questions asked, no numbers shared. It was a wild and all consuming night, just what the doctor ordered.

Shelby is now a woman on a mission and Knox is headed back to New York, but fate is about to throw a curveball they didn't see coming. What was supposed to be one night of passion is about to turn extremely complicated. These two are about the game of their life.

This is a novella that introduces us to the silent partner of the Sexy Bastards. The one that helped fund their first venture. The mysterious one that no one really knows. He the name at the bottom of a post card. Shelby knew she was playing with fire by being with Knox, but she's got moxie. She tired of being treated like the kid sister. She's a woman who's got needs and she's ready to find that one that can satisfy them.

This is a great sexy little snippet into Knox and Shelby's relationship. Knox is a Sexy Bastard that I have been looking forward to meet. I can't wait to see how Eve will tell the story of these two fascinating people. And one thing for sure, this is going to be a risqué adventure that can't be missed. 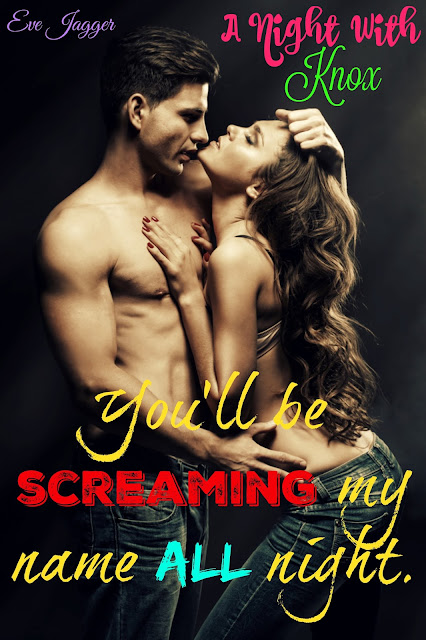 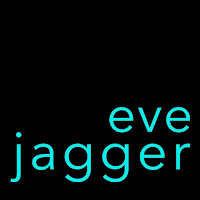 Eve Jagger is a native of Georgia and is a true southern girl at heart. A stay at home mom to two kids, she's married to a sexy man who doesn’t mind being used as research for those naughty scenes.

Eve cut her teeth writing in high school and college, but it wasn’t until recently that she got the itch to write a full length novel. She loves complex, emotionally-charged characters and wild, sexy leading men. Hard: A Sexy Bastard Book releases at the end of April 2015 and she can’t wait for you to meet her characters that occupy her mind 24/7!

Eve loves to talk and meet people on social media, so be sure and touch base with her on Facebook or Twitter.