Roane Publishing is giving away THREE
eARCs of Trouble in Paradise! 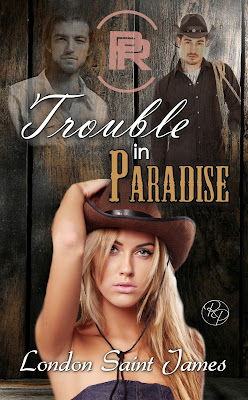 
Having Doc McNab as competition, not to mention being ten years Sutton’s senior, and under her employ, meant the deck was stacked against Flint Palmer when it came to winning the, sexy, vivacious Sutton as his woman. No way would she be interested in an old, worn-out, ex-rodeo cowboy like him. But that wasn’t going to stop the man from trying.

With the exception of the pretty as a picture, Sutton Callaway, Kale McNab’s childhood sucked. He’d been jerked around more than raised by his ex-convict of a father, eventually leaving the girl, and West Texas behind. Now, he’s all grown and back in Sutton’s life, and he's willing to do whatever it takes to stay there.

If you are willing to leave an honest review before February 15th, you are eligible to enter.

How? Simply fill out the form!

You have until Midnight of December 26th when three winners will be chosen by random drawing.