**Author Note: This book was previously released at another publisher. It has been revised extensively with a new title for re-release. 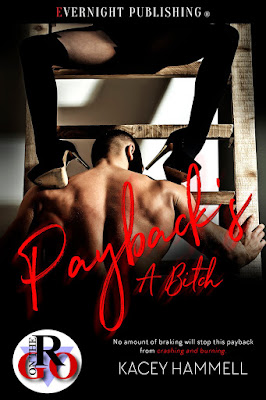 No amount of braking will stop this payback from crashing and burning.

Racecar driver Lark Stevens agrees to help a close friend prove that paybacks can be a bitch. What she doesn’t expect is to fall in lust with her mark.

Set on her mission, Lark assumes the mystery man who amps up the heat and pushes her heart into overdrive is her intended target. And once they connect, getting even is the last thing on her mind.
As the heat smolders and revs from zero to sixty in mere seconds, Lark realizes she's on a crash course of emotion that no amount of braking will stop.

Warning:  No-holds-barred sexual teasing, dances meant to titillate and push you over the edge, and M/F love scenes to get engines revving. 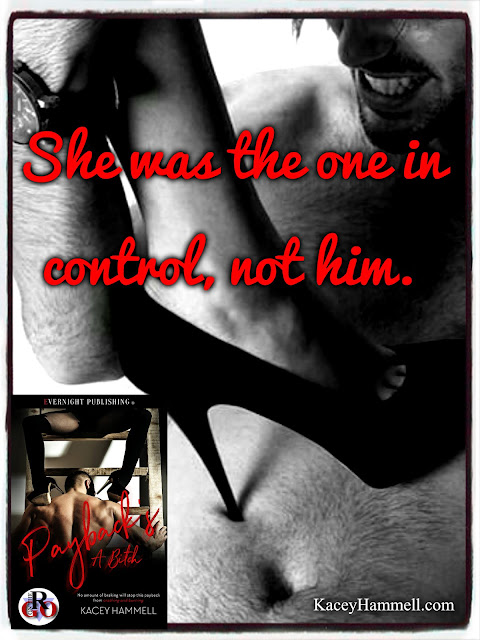 A harsh moan reached her ears.

Encouraged, adrenaline pumping through her, Lark moved backward. Confidence and courage kept her moving until her knees bracketed his.

Hands on his thighs, she sat on his lap. Her hips were undulating, and his hard shaft nudged her on each thrust.

Her pulse increased. Electricity sparked along her skin, burning hotter with each bump against her ass.

She played with fire and temptation, grinding down harder. Any other time, she’d be able to separate her mind and body and eliminate any bit of lust for a stranger. But this time, this man … it was different. More tense, enthralling, and intoxicating.

Desperate to get her mind back in the game, Lark tried to stand, but he clasped her in place. She reached back and held tight to his wrists. Neither moved, gazes locked, their heavy breathing heard over the music. They stayed that way for what seemed like an eternity.

Swirls of need circled in the darkness of his ocean-blue eyes, and her chest hurt. She couldn’t breathe, unable to move. What would he do next? She wasn’t the kind of girl to wait on a man, never had been.

But the electricity between them, the hunger needling its way through her, and desperation making her breathe hard, it all scared her. He had her forgetting her purpose being there, and hell, she scarcely knew of her own name right now. She shuddered. It was difficult to put the brakes on her body’s needs.

She released his wrists and glared at him, warning him to let her go. His brow knitted, but he complied with her wishes. Free from his grasp, she rose. She was the one in control, not him. It was best to remember that. Best he remembered that.

With a pivot, she faced him, inched between his knees, and stroked her thighs. He scrutinized her every movement. His deep breathing encouraged her to continue.

Lark skimmed her fingers over the V of her thong, over her navel and under the curve of her breasts. She enjoyed the asset of having a D-cup chest.

Her tits felt restrained against the binding of the lace, but she’d never discard her bra or panties when putting on a show like this. But damn if she didn’t want to right now. The demand to have her way with him nagged at her.

Lark loved the sensitivity of her nipples. She’d often make herself come from pinching and pulling on them, and she very much enjoyed pushing them up high enough to lick them herself. But she’d rather have a man do it for her.

This man, to be precise. 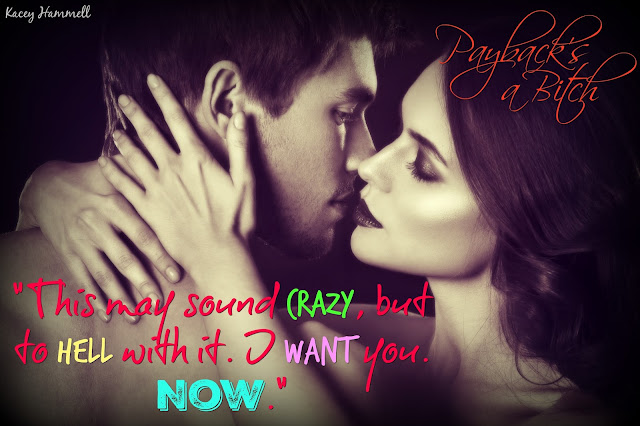 What's hotter than a woman who takes charge? Now much when it comes to Lark.

She's a woman that is sexy inside and out, and isn't afraid to use it her advantage. So when a friend calls asking for a favor, she jumps at the chance. But what was supposed to quick and easy, turns into something she never expected.

If you are looking for a quick, sensual, exhilarating read, than Payback's A Bitch is just want you need. But be warned, things get hot real quick, so a ice cold bath will be needed when you finish this titillating tale. 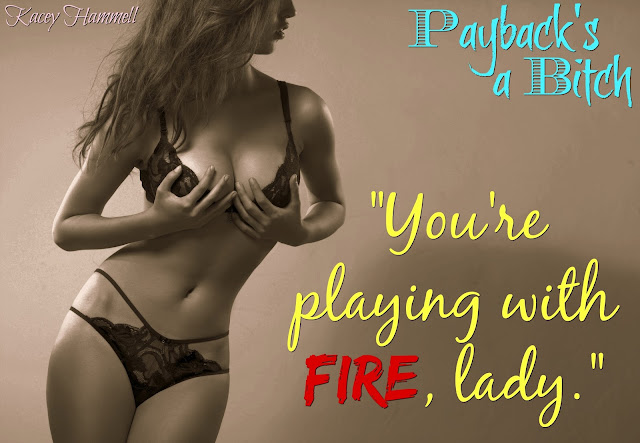