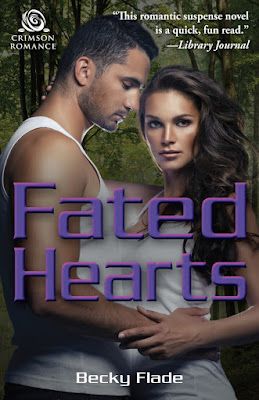 Psychiatrist Henley Elliott fled her quiet life in Cleveland for a gypsy lifestyle, trying to stay one step ahead of her painful memories. When she breaks down in quirky little Trappers' Cove, Minnesota, she meets Sheriff Carter McAlister - a man healing from his own share of hidden heartbreaks.

At the request of a friend, Carter offers Henley a job to help her get back on her feet . . . but soon he can't resist trying to sweep the intriguing woman off them. Breaking through her carefully built shell proves to be a near-impossible task, and to make matters worse, a dangerous new presence in the Cove seems to be targeting Henley. They must learn to trust in each other in order to keep her safe.

Can Henley and Carter leave their secrets and scars in the past to get a second chance at happily ever after?

“It’s not like that. Carter and I are friends. Just friends.”

“I know you were out at his place the other night. I thought—”

“Yes, it is,” Carter corrected, strolling into the room. “Hey, Doug. Morning, Doc.”
She looked around for an object to throw at him. From the wink Carter threw her way, she guessed he had a good idea of exactly what her intentions were. He wasn’t that charming. She refused to smile.

“No, it’s not,” Henley argued. Doug stood there, his expression miserable. The grin Carter wore implied he found her amusing. She eyeballed the stapler and wondered how much damage it could inflict if propelled.

“You know, Doc, hitting an officer of the law is as much a criminal act here as it is in Cleveland.” Yeah, he had her number.

“Take off that star then.” Turning up her nose, she sat with as much dignity as she could muster. 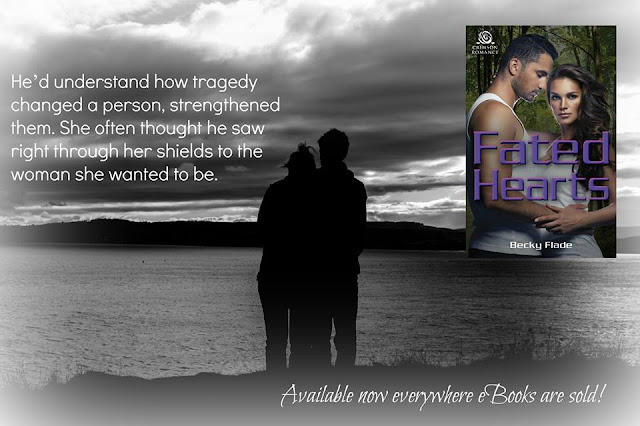 A woman ever roaming without a destination in sight carrying secrets that she rather stay buried. A man with deep emotional scars that has him keeping people at arm's length. Fate brings these two broken souls together rather unexpectedly. Can these two find a way to heal each other and embrace a future neither imagined? Or are some scars too deep to be healed?

This was my first book by Becky Flade and I was pleasantly surprised by have captivating I became with this story. The circumstances that brought Henley to Tapper's Cove was compelling, the things she's suffered pull at your heartstrings. Considering everything that she's been through, Henley is a lot stronger and braver than she ever gave herself credit for.

Carter can be arrogant, cocky, funny, and charming, but it's his heart that makes him unbelievably appealing. His past brought him to Trapper's Cove, but his drive to protect those around him is always there. His captivating sense of humor will have you equally laughing and swooning.

I enjoyed this story and everything it had to offer. It's funny, suspenseful, soul searching, and endearing. This is a romance story that will have on the edge of your seat waiting to see what will happen next.

A coffee addict and born city girl, I tend to place my stories in and around southeast Pennsylvania, or at least have a character or two from the area. Home is where the heart is and I make mine with my very own knight in slightly tarnished armor, three beautiful daughters ranging in ages from college through pre-school, two grandsons and a charming son-in-law. When I’m not busy living my own happily ever after, I’m writing about someone else’s.

I’d love to have you visit with me on my blog; at Facebook and Twitter; on my Goodreads and Amazon author pages; or write to me directly at beckyfladeauthor@gmail.com.