A cyborg never gives up.
He lost her once. He won’t let it happen again. 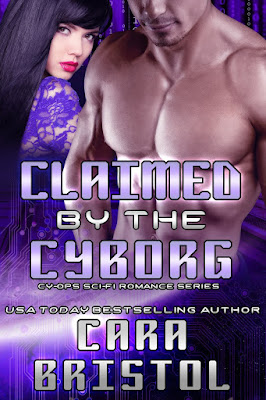 March Fellows assumed he had all the time in the galaxy to pursue a relationship with Jules, an alien exchange student from Xenia, until she vanished without a trace. After years of searching, he finds his lost love on the eve of her arranged marriage.


The daughter of the Xenian emperor, Julietta never meant to fall in love with a Terran man while visiting Earth. Leaving to fulfill her responsibilities on her home planet opened up a hole in her heart that could never be filled. When March, now a cyborg, unexpectedly shows up just before she is to be bonded, she struggles to find the courage to turn him away a second time and follow through with her duty. Before she can act, the lovers are thrust into a political conspiracy that threatens the Xenian empire and their lives. 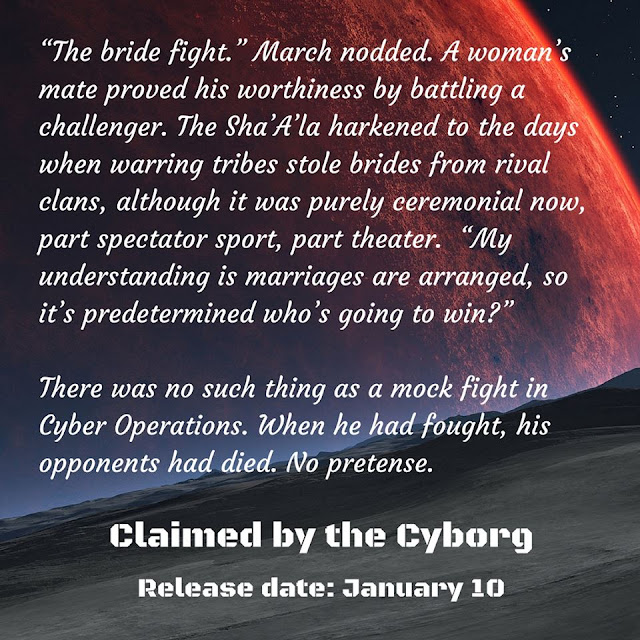 Leaving had carved a hole so deep and wide it could never be filled. She averted her gaze. “I said I was sorry.”

“On my PerComm. Yeah, I got the message.”

“No, it wasn’t the only way.” He glared. Terran eyes were so expressive, revealing every emotion. “Another option would have been to tell me the truth, face-to-face, to wake me the fuck up and say, “Gotta run. See, ya!”

Not an option. Because if she had, she never would have been able to leave at all.

“I made some mistakes,” she said. Going to Terra counted as the first one. Then she’d gotten involved with March. As powerful as falling in love had been, it hadn’t bestowed her with the courage to face her father and her family, the council, the seer, her people, her consort-to-be, and confess she didn’t want to come back or become empress. She desired to marry a Terran and have half-alien babies, if that was even possible. She’d had the weight of an entire world, a millennium of history on her shoulders, and she’d caved to duty, leaving while she could still do so.

“Yeah,” he said. “Me, too.” Meaning her. She was his mistake. She had earned his anger, but his bitterness dripped like acid on an already-wounded heart.

Tears welled in her eyes and trickled over her lower lids. They would leave black streaks down her cheeks, across the carefully designed whorls decorating her face. Incongruously, she wondered how long it would take for the design to fade without the act of sexual congress to activate her hormones. How long would be she marked as the almost bride?

“I deserved that,” she said, steeling her courage because she owed him an explanation. She twisted her hands. “I had to go. My father seems benign and doting, but he would have invaded Terra, stormed the university, and dragged me home.”

A small smile quirked at the corner of March’s mouth. “Having met your father and experienced his ‘hospitality,’ I believe you. The emperor is not a man to cross. Why didn’t you tell me who you were at the beginning?”

“Because, for once in my life, I wanted to be anonymous.”

“I would have known, and it would have changed everything.” She would have lost those precious, rare times when for a few moments, she did forget her station and duty. Oh, how she had loved cramming for exams, arguing and grousing in study groups, eating bad food, staying out too late with other students, the hustle and bustle of campus life, her one and only spring break spent at a beach town where she’d become inebriated. Shitfaced, the Terrans called it, which sounded worse than it was, because she’d loved the experience. It was so very…Terran.

Hey, Jules, you want to grab a cup of coffee? Hey, Jules, can you share your notes? Hey, Jules, there’s a party Saturday night. Hey, Jules, hey, Jules, hey. Jules. Oh, the sweet, sweet sound of it.
And then came March, who sought out her company not because he’d been chosen by the seer, but just because. And that was the sweetest of all.

Until the heartbreak. Her affair with anonymity had exacted a steep price.

“Would you have gotten involved with me if you had known my identity?” she asked. 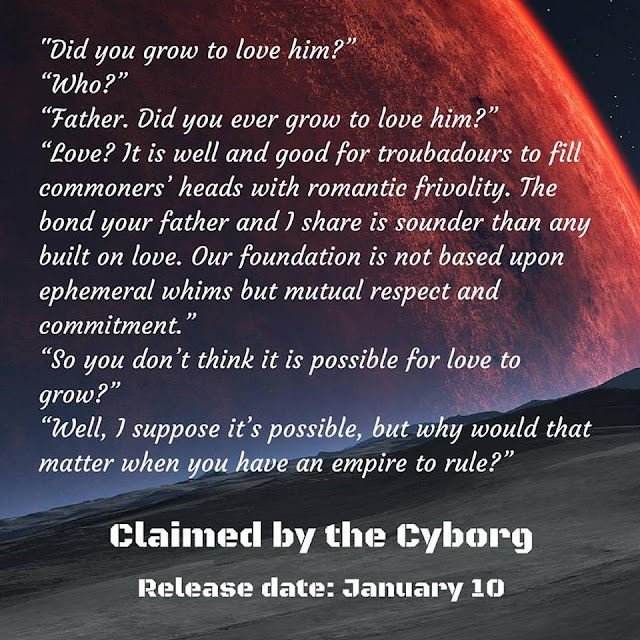 When you are born with the weight of the world on your shoulders, the pressure can cause anyone to buckle. So when Jules got the opportunity to study abroad, she couldn't have been happier. To learn a new culture, make new friends, and be someone she isn't is everything she ever wanted. Just when she least expected it, lighting stuck and she meets a man that captivates her in way no other man ever has. They begin a sultry affair and feeling start to grow, but after awhile Jules runs away in the middle of the night unexpectedly.

Years have past, but March has never forgotten the girl that got away. When a chance to visit the world that his Jules is from, he jumps at the chance to try to find her just one more time. What he didn't expect was to come face to face with her in the most surprising of ways.

He should walk away and never look back, but his draw to her undeniable. And when they find themselves alone, their magnetism is unequivocal. However, just as they are getting reacquainted a problem occurs that put them in a position where their life could be in danger.

Claimed by the Cyborg is a stunning, thrilling, emotional journey that will pull at your heartstrings and keep you on the edge of your seat. I really enjoyed the fact that this couple have a history and it's that history that makes them who they are today. Even after everything that March has been through, he's still the man Jules knew all those years ago.

I loved that even though Jules may not have wanted to rule her world, she always knew her heart and even years later, her heart was still true. She always put her family and her people above her wants and desire, that says a lot about who she is. March is the same way, just when he wants to walk away because he's been hurt but Jules' actions, he still comes back to her.

I really enjoyed this latest edition to the Cy-Ops series. It's a fast paced page turner that will take you on a journey to another world filled with passion, heart, and a dramatic story line. I can't wait to see where the next book in this series will take us next. 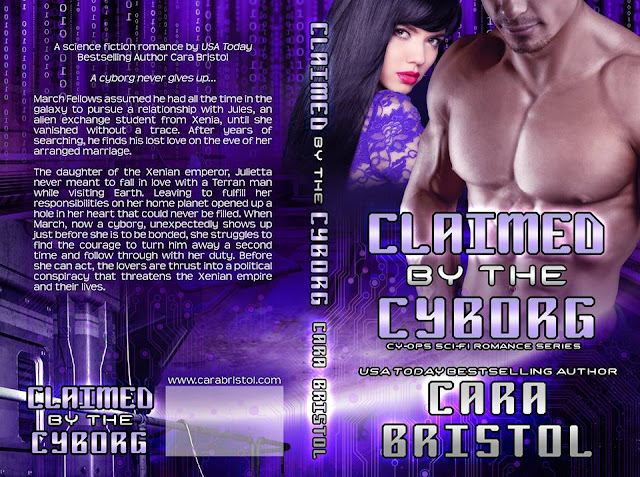