Today we have the blog tour for Ruthless by Gina L. Maxwell!

Check out this fantastic sexy romance and grab your copy now!

People call me Ruthless for a reason.

Whether I’m in the court room or in the bedroom, my reputation is well-earned. I’m either working hard, working out, or working my way into some woman's panties. But none of them share my particular kink, and I walk away feeling unsatisfied.

She’s a friend of a friend, which makes her off-limits in my book. But then temptation had me by the balls and I had her up against a wall. She literally fucked my world off its axis, but it can’t happen again.

My plan was avoidance, but that got blown to shit when my firm hired her as a new junior attorney. Now I’m her boss, and I’m supposed to act like I don’t want to bend her over my desk every five minutes.

But I’ve never held myself back with anything before, so consequences be damned. It’s time to take what I want and show her how damn good it feels...to be ruthless. 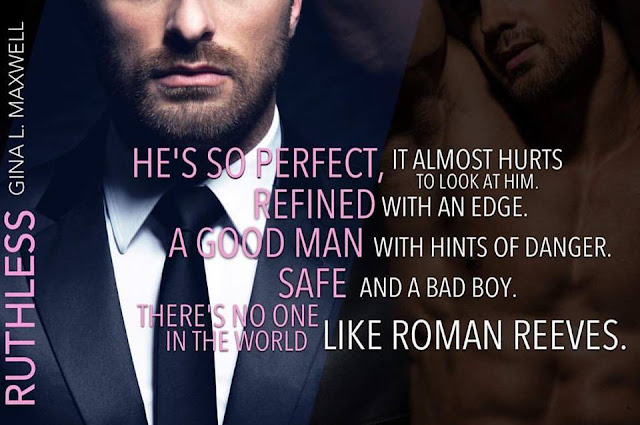 “Show me what it means to be not normal, Roman.”

He catches my wrists, but doesn’t pull me away from him. “It’s more than you’re bargaining for, Addie, believe me.”

“You know, you have a terrible habit of making decisions for me, and it’s really starting to piss me off. Why don’t you stop being so damn vague, man up, and tell me what it is you think I’ll have such a strong aversion to, so I can prove you wrong.”

He spins us in a quarter turn to place the table behind me, then releases my wrists to cage me in with his hands on either side of my hips. Leaning into me, he speaks directly in my ear, his voice deep and deliberate. “I like control, Addison. I like controlling my lover’s pleasure. Her every desire is fulfilled by me or at my command.”

Shivers race over me as I imagine Roman fulfilling my every desire. “Your command. You want to watch me touch myself?”

“No,” he says, pulling back just enough to meet my gaze, his lips now a breath away from mine. “I want to watch another man touch you.”

The air in my lungs gets trapped. “Another man,” I manage to rasp out.

“That’s right. I get off on watching another man touch what’s mine, on telling him exactly how to touch her, how to make her come until she’s trembling.”

“Why not just do it yourself?”

“I am doing it myself,” he says as he runs a hand up the outside of my thigh. “Because I’m the one in control, his body is merely an extension of mine. It’s my will that’s being done. It might be his hands, his mouth, even his cock…” He dips his head, and I tilt mine to the side to give him better access to my neck. A sigh shudders between my lips as his nose grazes the sensitive skin beneath my ear. “But it’s my touch, because they’re my words.”

Gina L. Maxwell is a full-time writer, wife, and mother living in the upper Midwest, despite her scathing hatred of snow and cold weather. An avid romance novel addict, she began writing as an alternate way of enjoying the romance stories she loves to read. Her debut novel, Seducing Cinderella, hit both the USA Today and New York Times bestseller lists in less than four weeks, and she’s been living her newfound dream ever since.

When she’s not reading or writing steamy romance novels, she spends her time losing at Scrabble (and every other game) to her high school sweetheart, doing her best to hang out with their teenagers before they fly the coop, and dreaming about her move to sunny Florida once they do. 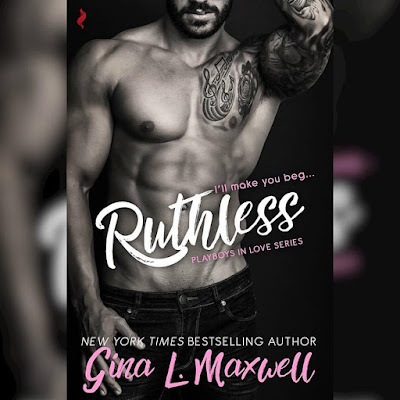