Going Down Hard, a sexy new standalone from Carly Phillips is now live!!! 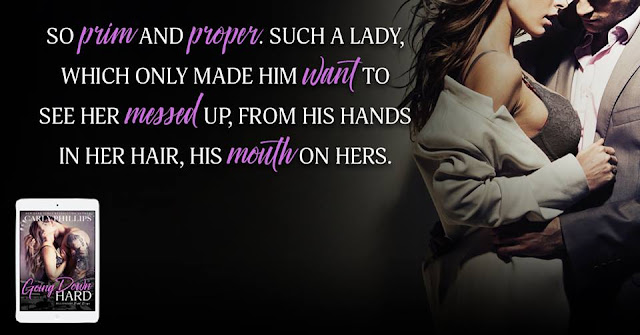 Derek West rose from poverty to take the tech world by storm. He's sexy, confident and gets any woman he wants. And who he wants is Cassie Storm, the rich girl he's never been good enough for.

She's desperate to save her family's company and there's only one man who can help. But Derek isn't interested in helping. He wants to possess both the company and the woman he's never been able to forget.

His plan? To seduce her out of his head. Except once he's had a taste of Cassie, he doesn't want to let her go. Her family remembers where he came from, and they won't allow it. When the truth about their pasts comes to light, though, it may be Cassie who's going down hard.

*All Billionaire Bad Boys Novels can be read as standalones.*

Sometime the second chance you never knew you wanted shows up at your door.

Derek West has made a name for himself while keeping his past private. He's built an empire with his best friends and never wants for lady companions. Never one to let anyone too close, he a love 'em and leave 'em kind of guy. But if was honest with himself, there is someone that has always been in the back of his mind. She may have scorned him years ago but that doesn't stop his attraction to her.

Cassie Storm knows she did wrong to Derek and has always regretted it, but in an effort to rebuild her family's company she's ready to face him again. She's knows landing this exclusive interview would be huge to the company. She's sees Derek for more than his past, his money, and his good looks, she sees the man inside.

Derek thinks he can work Cassie out of his system and walk away, but the more they are together the more he realizes she's never been out of his system. But when the past comes back to haunt them, will they walk away from each other or find a way to leave the past in the past and focus on the future?

Going Down Hard is a captivating, charming, seduction second chance romance that have you falling hard for Derek and Cassie. The connection they have started many, many years ago and now it's off the charts. I love how Cassie wants more than fame and money, she wants a love that's true and honest. I loved watching Derek fall for the girl next door, and how he finally was able to move past the hurt and anger.

I really enjoyed getting catch up with Kaden, Lexie, Lucas, Maxie, and Kendall again. This group of people are more than friends, they are a family.

Going Down Hard is a sweet, sexy, and charming book that I was really sad to see end. Carly writes story with heart and depth, and Going Down Hard is prime example. So be prepared to swoon for Derek, and believe me when I say, he will leave you satisfied yet yearning for more.

And now I can hardly wait for the next story in this series with the man we all love to hate... Julian. 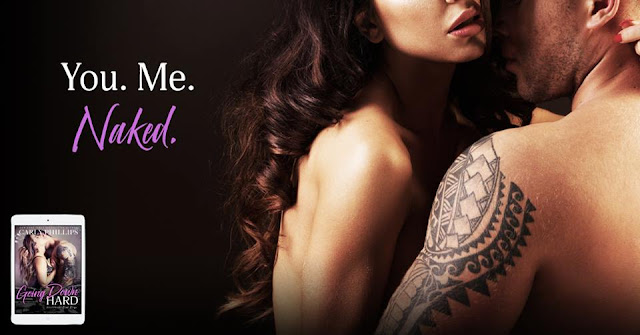 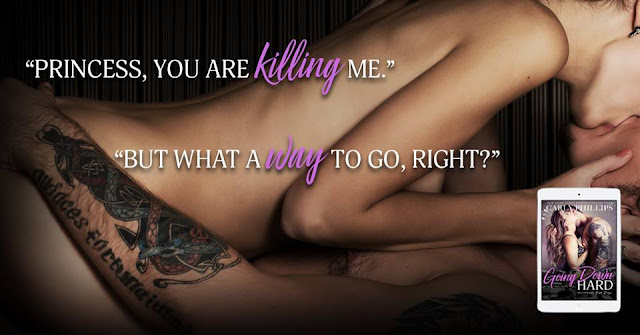