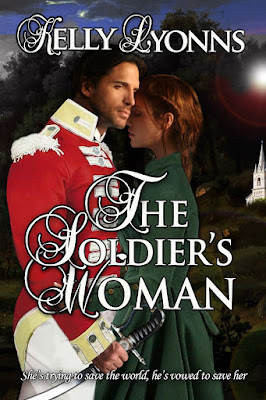 It is 1810 somewhere in the chaos of war-ravaged Napoleonic Portugal. Miss Charlotte Everslea, dedicated member of an ancient secretive Guild and skilled paranormal artefacts hunter, has found herself trapped behind enemy lines. Colonel Maximillian Bladewood is used to giving orders and having them obeyed, both on and off the battlefield. But the petite golden-haired hoyden, to whose accidental intervention he owes his life, challenges both his authority and his sanity. Their cross-purposed journey will reach a crossroad where one or both of them will need to compromise.

Without a word she came up beside him and knelt down. He hesitated, unsure what she meant to do. So she met with no resistance as she gently took his arm onto her lap and started to wrap the cut in a strip of cloth. He stared at the top of the golden head bent intently over her work. His eyes locked on the wisps of fine-spun hair straying to caress her long neck. For all her gentleness there was a firmness to her touch that both comforted and reassured.

She has done this before.

His thoughts went no further as his eyes roved, fastening on her neat fingers, mesmerised as they deftly wrapped the cloth. He refused to allow himself to think about from where she had magicked the bandage. But his eyes were drawn back to the column of her smooth neck. Ah, her cravat was missing. The small collar and frill of her habit shirt now plain to see under the front of her jacket, as was the peep of pale skin where the edges of the fine cloth met.

His lips clamped shut, mimicking the equally firm iron will he clamped down over his thoughts. Instead, he concentrated on calculating how far the British lines might be; when his dress boots had been last polished; where his dress boots might actually be; if his Sergeant had remembered about that loose shoe on his horse. He most definitely did not think about Miss Charlotte Everslea pressed up against his thigh, or the way his frozen hand was slowly thawing in the warmth of her lap, or how her fingers skimmed his skin as she wound the makeshift bandage. 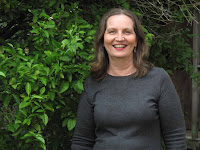 After earning a living as a freelance environmental scientist, writer and editor, Kelly Lyonns has evolved into a creative writer. She cohabitates with three cats, two children and a husband in a house so packed with character even the termites live next door. Burning questions about ecological sustainability and how to tie a Regency bodice, keep her on the internet deep into the night.

Be sure to follow the tour to increase your chances of winning.