Review Tour & Giveaway ~ Out of Love by RC Boldt

Foster Kavanaugh, former Navy SEAL, knows what it’s like to be the top dog, the man in charge, the one calling the shots. Now that he’s running his own security consulting firm, not much has changed.

Except the curvy blonde he hired as his office manager.

Noelle Davis has been through the damn ringer. Swearing off men after escaping a toxic relationship, she’s grateful for a fresh start—new job included. Except her job isn’t tranquil and calm. In fact, it’s quite the opposite because her boss is the most infuriating man on the planet.

And, not to mention, sexy as hell.

Foster has limits. Rules. No attachments allowed because he doesn’t do love—and Noelle Davis foiled that plan and took a red pen to his list of rules. With her smart mouth and quick witted banter, he found the woman beginning to creep past his defenses.

When circumstances put Noelle in a perilous position, the first person to come to her rescue is none other than Foster Kavanaugh. She gets to see the man in action—not as her aggravating boss, but the man who will stop at nothing to keep her safe.

The same man who makes her want to reconsider her self-imposed embargo of men.

The man she wants to get to know now that she’s seen another side of him.

The man who makes her want…more.

But is more possible when you're Out of Love? 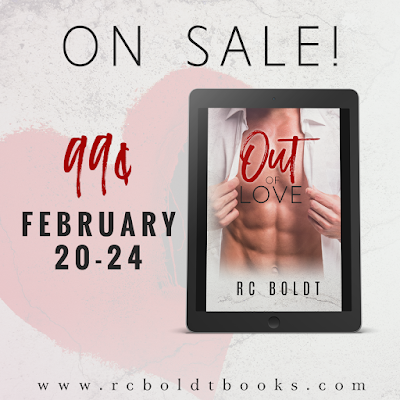 I'm not gonna lie, I've been dying to read Foster's story so much so that there may have even been some begging. So when I finally got my hands on Out of Love there was a lot of happy dancing and maybe a bit of squealing... okay a lot.

So when I sat down to read it, it was in one sitting because I just couldn't put it down. And after I had finished, I really wasn't ready to say to bye to Foster and Noelle.

Foster is a man that has more than meets the eye. He's a man that will take on the world for those closest to him with no questions. You need a shirt? He'd give you the one off his back. But he's also a man with a past that continues to haunt him. Because of this he feel's he's not a man that can have the wife, kids, white picket fence, love and happily ever after. However, he's about to meet his mate in the one woman that has caught his eye like no one else before her.

Noelle Davis is woman that came to town wanting to start over, leaving the past behind her. I love her witty comebacks, she a woman that stand on her own. A woman that can speak her mind no matter what is always a woman I can admire. She's too busy working in a male dominated workplace and making new friendship that feel more like family to worry about dating. Her last relationship wasn't all that healthy and didn't end well, but her boycott on men won't stand a chance with Foster turns on the charm.

The chemistry is undeniable, the banter is out of this world, and the passion is electrifying. They try to fight their attraction, but it's no use. The only thing that could derail this dynamic duo is letting their pasts stand in their way. This journey will be fun, sexy, intense, and dazzling with it's ups and downs.

Out of Love is brilliant, humorous, passionate love story that will have you laughing, crying, and begging for more. If RC Boldt is new to you, then you can't go wrong with picking Out of Love as your first. And if you're already a fan of RC Boldt, then you'll love Out of Love for the RC Boldt flare you've come to love. 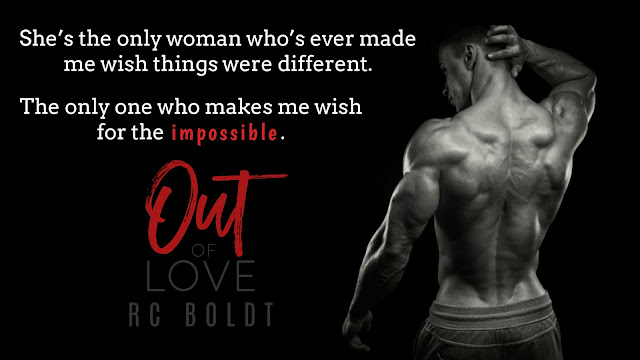 Giveaway
Signed paperback of Out of Love 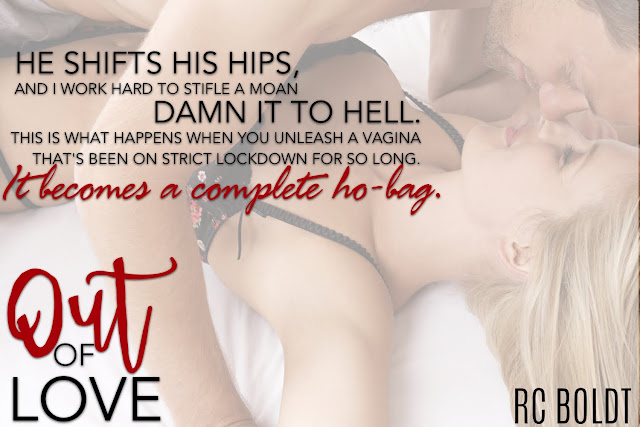 RC Boldt is the wife of Mr. Boldt, a retired Navy Chief, mother of Little Miss Boldt, and former teacher of many students. She currently lives on the southeastern coast of North Carolina, enjoys long walks on the beach, running, reading, people watching, and singing karaoke. If you’re in the mood for some killer homemade mojitos, can’t recall the lyrics to a particular 80’s song, or just need to hang around a nonconformist who will do almost anything for a laugh, she’s your girl. 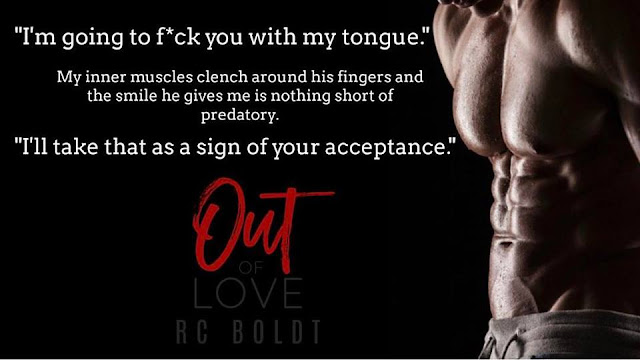