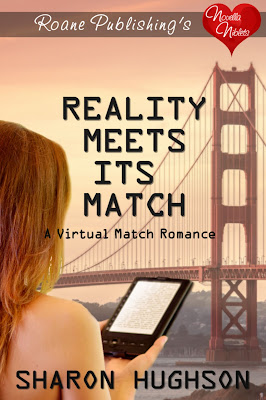 Ronnie Shay isn’t willing to risk a real relationship. Virtual Match offers her a fake boyfriend, which should satisfy her nagging family. And keep her heart safe. Unexpected attraction sparks with her imaginary beau unearthing a past secret Ronnie thought was banished. When her virtual boyfriend wants to meet, reality rains ruin on Ronnie’s chance for a romantic connection with the not-so-invisible man. Will her heart survive? Is love worth the gamble? 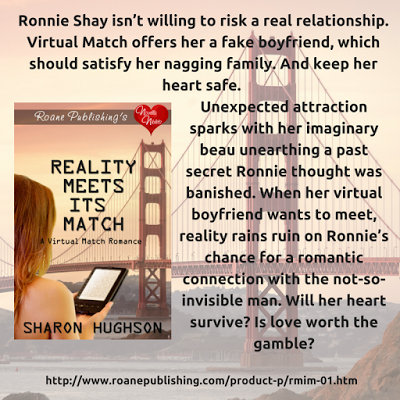 Of course, the cat didn’t rush to greet her like a dog would. Most likely, he was curled up somewhere and would glare at her when she found him. He tolerated Jenny, the neighbor who made sure he had food and water and a clean box. Ronnie would need to be punished for leaving him yet again. Why didn’t the cat adjust? She traveled almost as often as she was home.

At the end of the hallway, she toed open the door to her bedroom. A bump from her balled fist turned the switch, and light from the two floor lamps illumined the room. In the center of her bed, the striped cat lay, feet curled under his chest, amber eyes glaring at her.

She plopped the bag onto her bed, earning a long blink from the cat. In the silence, the zipper squawked like a pack of hungry crows. She heaped clothes for the washing machine into a pile at the foot of the bed, chatting at the cat. By the time she finished unpacking, he had turned his back to her and was faking sleep. Or maybe he really could drop off with the mattress bouncing from her movements.

Michael. Her heart leapt against her breastbone. No matter how her back screamed for a stretch, or her butt felt numb from the long flight, her lips curled upward. She rolled the suitcase into her deep closet and kicked her shoes off before picking up her phone and heading toward the living area. A quick glance at the screen revealed his message: Make it home OK?

Translating wind-whispered concertos into fiction, Sharon Hughson writes romance and young adult fantasy, living out her lifetime dream and calling it “a job.” After being saved by The Chronicles of Narnia as a teenager, S.L. decided escaping reality alone isn’t nearly as delightful as sharing those make-believe worlds with friends. To that end, she invites you to enter her story realm and fall in love all over again.

Even after twenty-some years married to her high school sweetheart, she enjoys the hearts-a-flutter rush from a well-told romantic tale. S.L. resides in Oregon with her husband, sons and three cats. 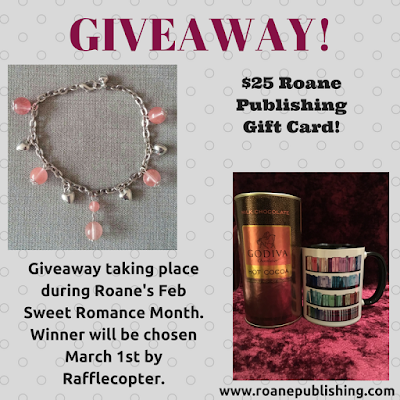