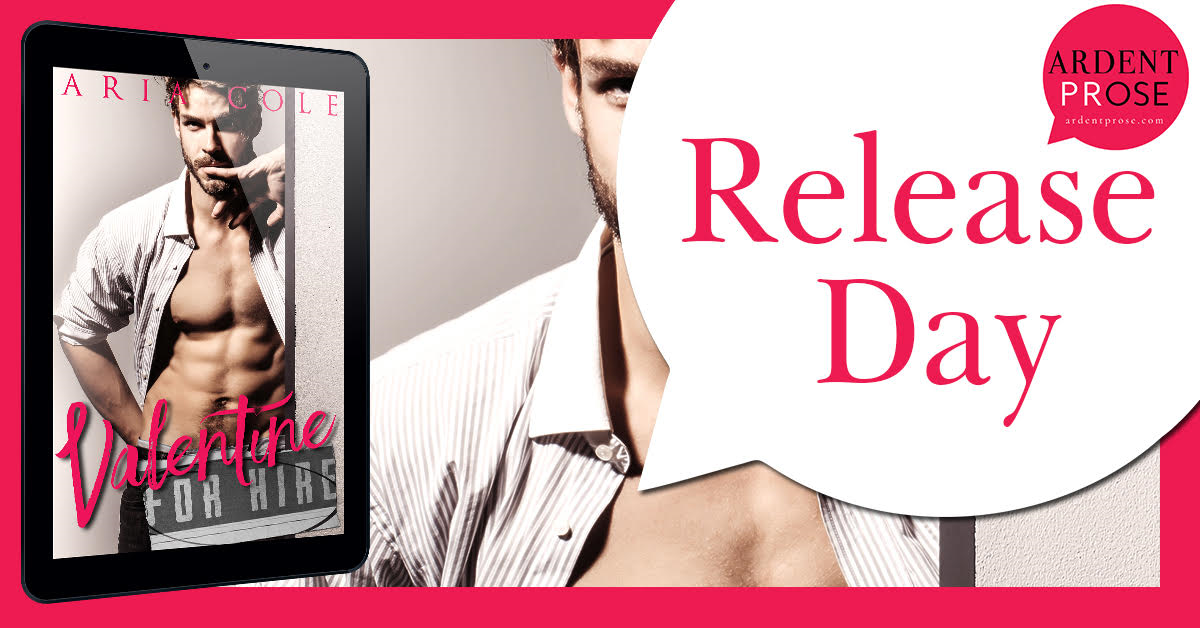 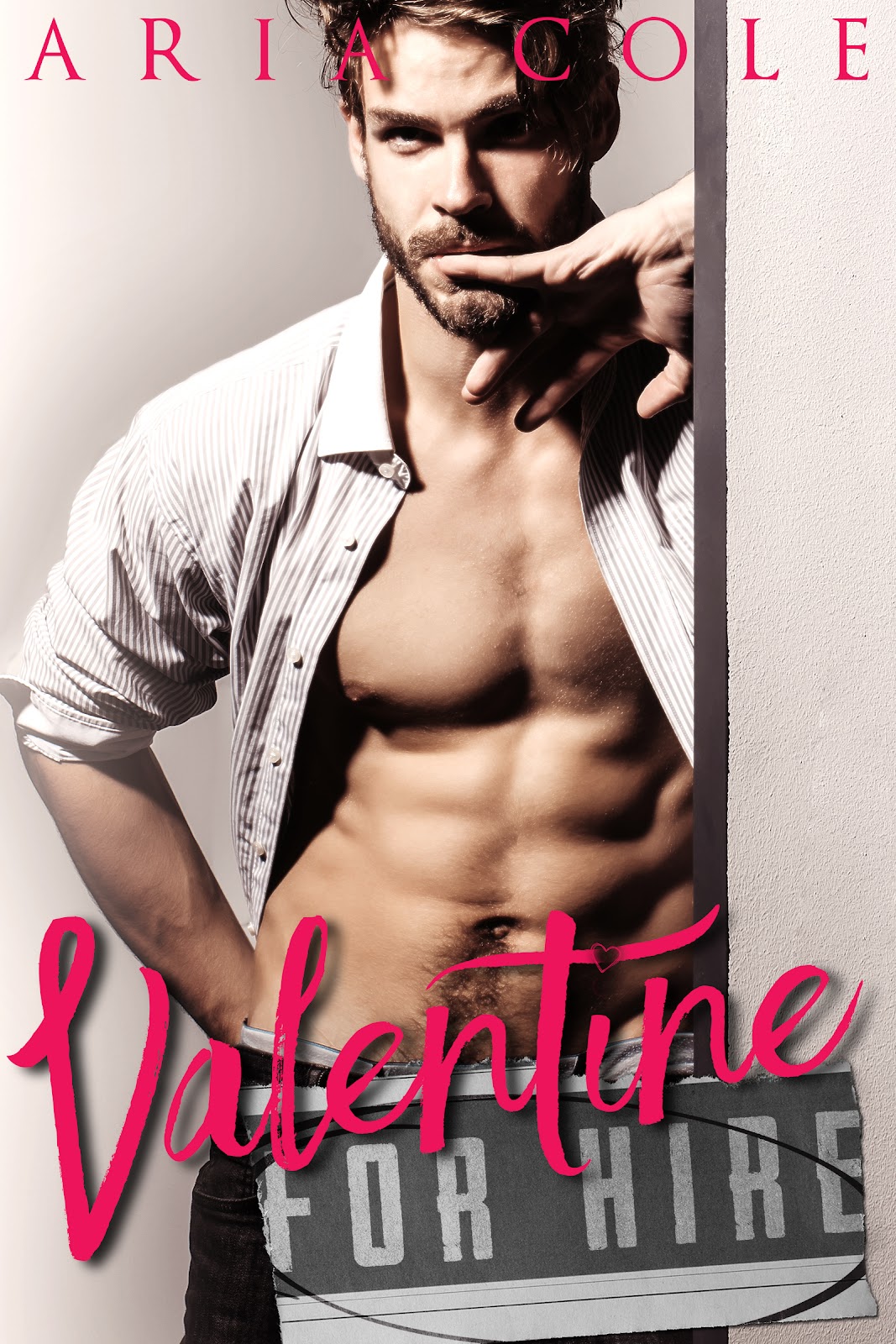 For Bryn Stafford, the prospect of going home for her sister's extravagant Valentine's Day wedding, hopelessly single...again, sounds like hell on earth. She's always dreaded introducing anyone to the hot mess that is her over-the top, obnoxiously wealthy and well-bred family, but desperate times call for desperate measures. After seeing an ad for the city's premier escort service, Elite Fling, Bryn finds herself making an appointment to hire one very handsome, very expensive, fake date for the big day.
When the woman of Brodie Merrick's dreams walks into Elite Fling, his brother's slightly immoral but incredibly successful “dating” service, Brodie has two thoughts a) what the hell is a girl like her doing in a place like this and b) what would those sparkly red stilettos feel like wrapped around his neck? He begs his brother to give him the job, even though he’s just the computer guy and most definitely not an escort, but because Brodie is lucky he soon finds himself with one very sexy fake Valentine.
When they meet on the day of the wedding, Bryn assumes he's the escort she's hired to be her date, but Brodie has other plans, plans that involve him and her and a very long and lucky orgasmic future together. Can he win his feisty fake Valentine's heart or will their chemistry fade faster than the syrupy sweet sugar high?
Warning: Forget candy hearts and frilly flowers, Brodie is a man's man—he see's what he wants, he takes what he needs, he lays claim to what's his. He's all alpha, all the time and determined to give Bryn blissful orgasms, beautiful babies, and the last name Merrick. Hold onto your panties, Valentine For Hire is a saucy romp with a sexy, alpha stranger on Valentine's Day! 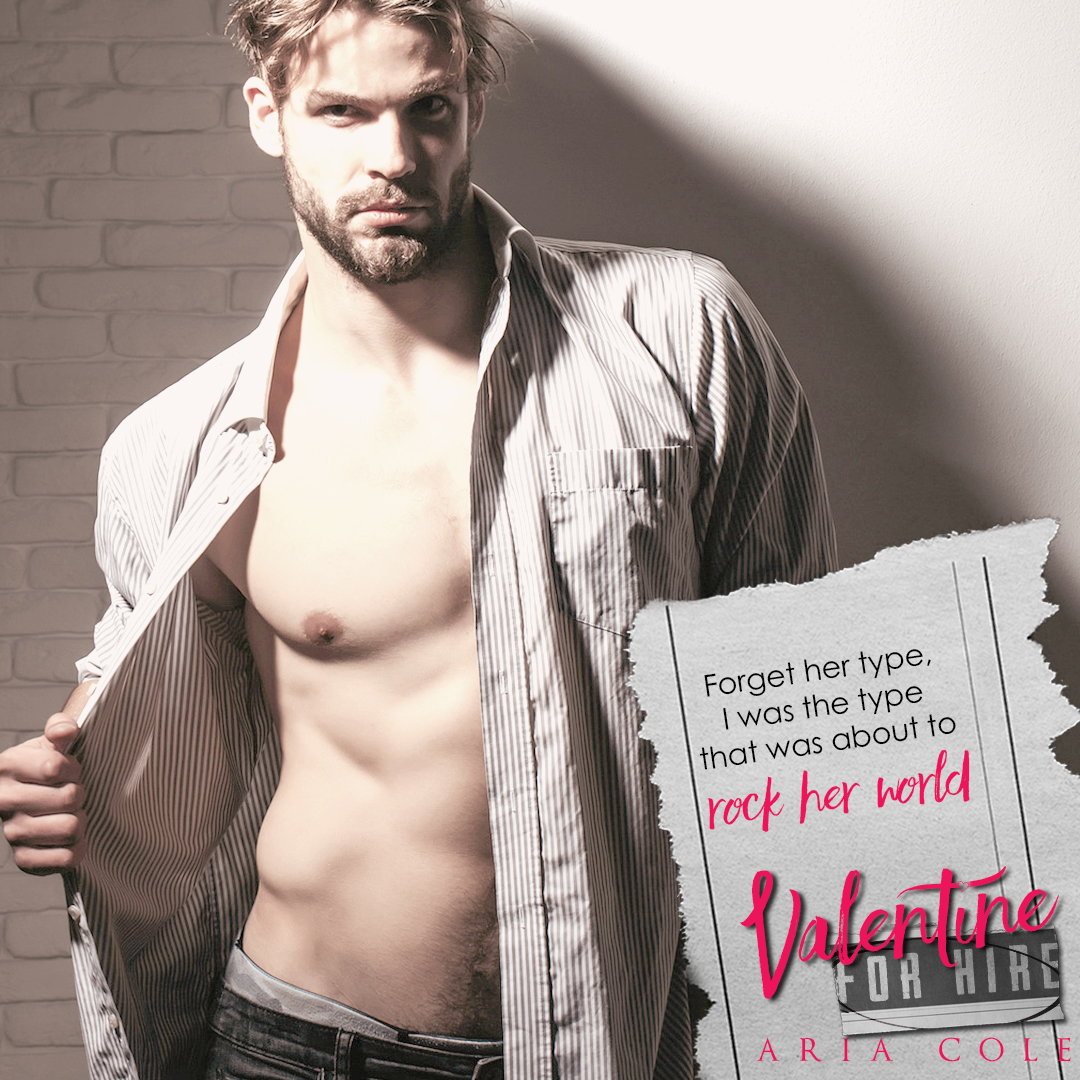 What's a girl to do when you're single and dreading going to a family function when your family is a little much to be around even for you? Hire a fake boyfriend of course, and Bryn Stafford just found a place that can make that happen.

The last thing Brodie Merrick expected when he came work on his's computer at his "dating" serivce was the girl that just walked in with those sexy red heals. And even more surprising was begging his brother to allow him to go as the date she needed.

What was supposed to be just one night quickly turns into something that surprises the both of them.

Valentine for Hire is a quick, seductive read that shows loves find you when you you least expected in the most unexpected of place. When Brodie turns on the charm and unleashes the dirty talk, you'll be melting into a puddle. And when he promises you something, he'll deliver over and over again. Bryn takes a risk she never thought she could make and it turned out better that she ever hoped. I love that even though her family makes her crazy, she still loves them and will always be there for them. Bryn is loyal, sweet, a bit quirky, and a little shy. The instant connection she feels for Brodie makes her want to go after everything she's ever wanted, needed, or desired.

If you are looking for a fast paced, love infused, passionate, and a little naughty, then look no further than Valentine for Hire. Aria brings the sexy and turns up the heat in this over the top, but incredible sultry romance. 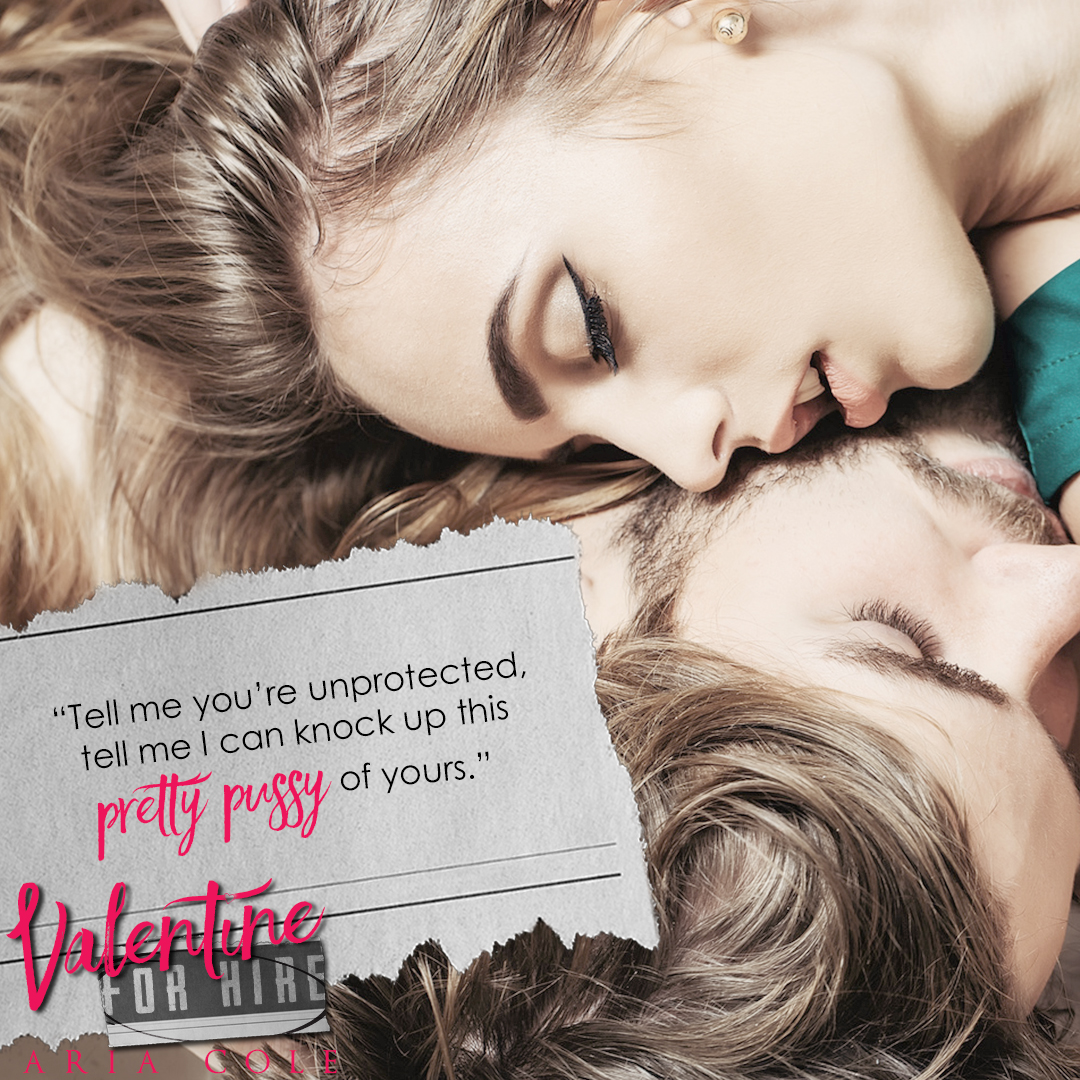 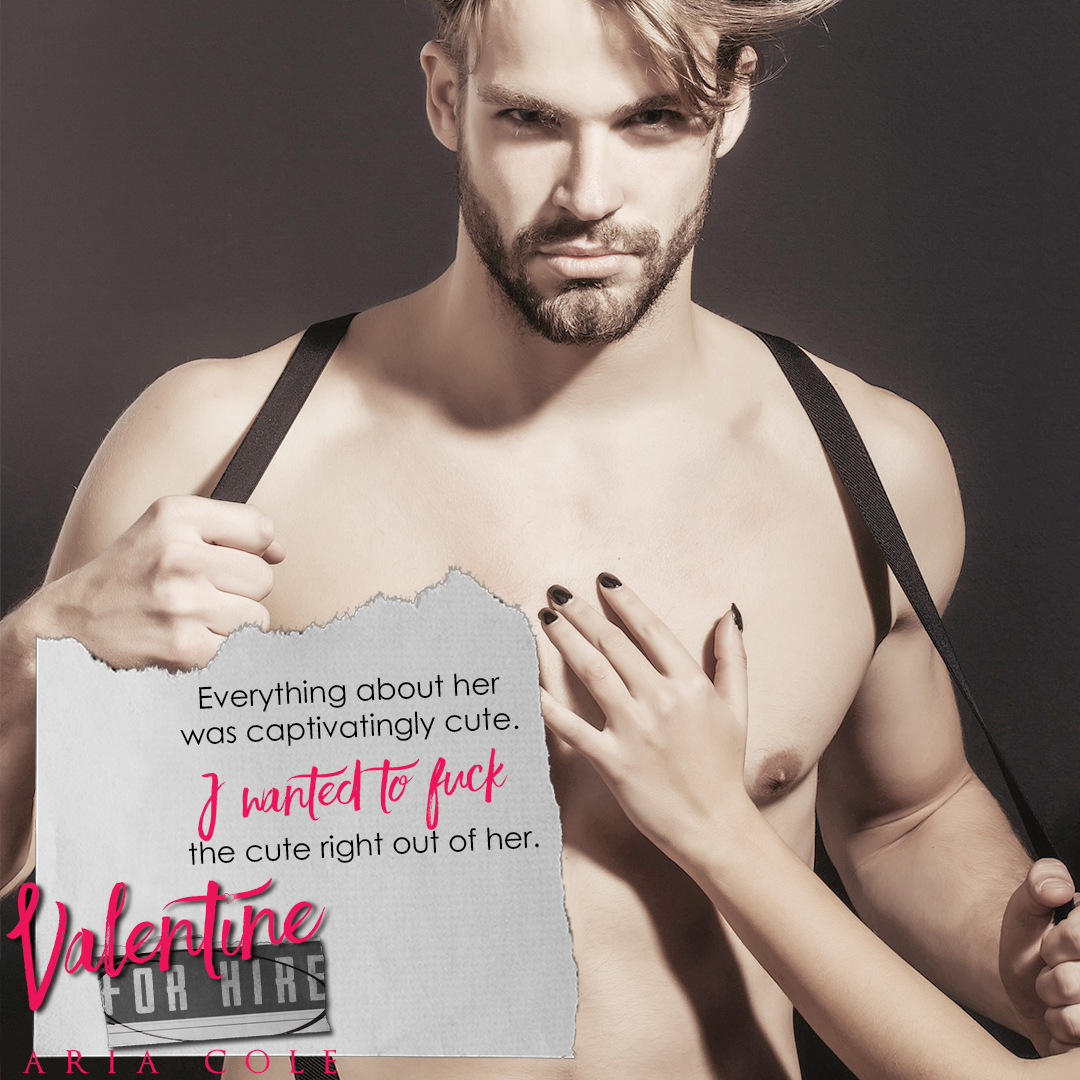 Aria Cole is a thirty-something housewife who once felt bad for reading dirty books late at night, until she decided to write her own. Possessive alpha men and the sassy heroines who love them are common, along with a healthy dose of irresistible insta-love and happily ever afters so sweet your teeth may ache.
For a safe, off-the-charts HOT, and always HEA story that doesn't take a lifetime to read, get lost in an Aria Cole book!

Follow Aria on Amazon for new release updates, or stalk her on Facebook and Twitter to see which daring book boyfriend she's writing next!
Sign up to get a New Release Alert from me! 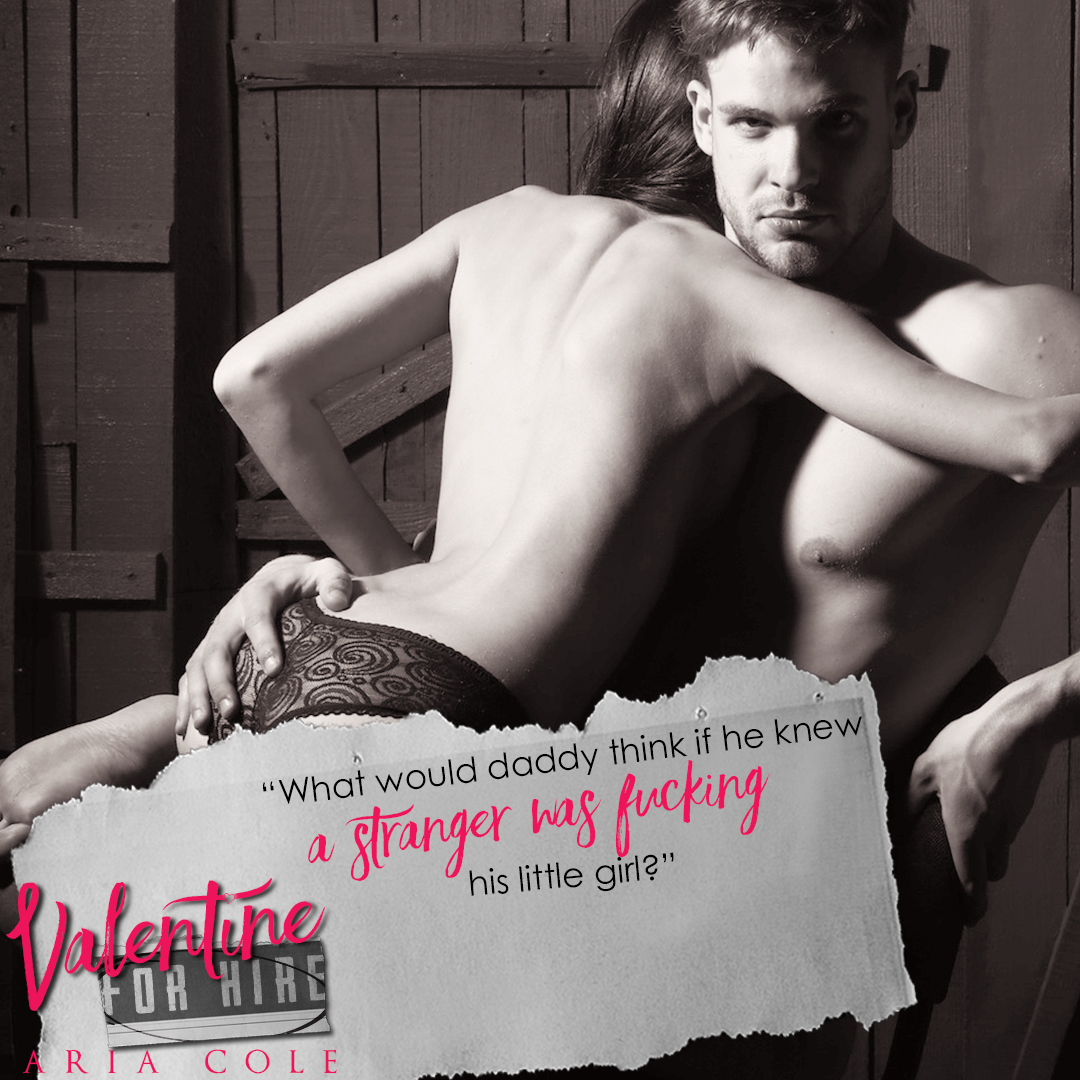