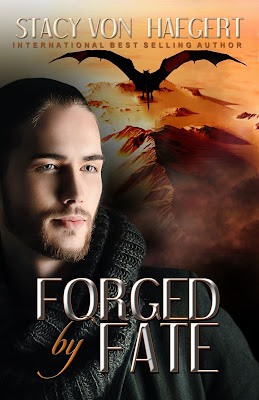 As the younger brother to the King of Angels, Stefen Von Emmerich had spent his life resenting his royal obligations and doing the exact opposite of what was expected of him. However, all that 'couldn't-give-a-damn' attitude was hurled right out of his well-guarded window the day he had the misfortune of being killed...

After being turned into a Vampire, Stefen finds more than his mere existence to be altered. Now a Fallen, a hybrid with his maker's famed Dragon blood coursing through his veins, Stefen must rediscover himself and his newly awakening powers.

When he is sent on a mission back to Hell, the place of his death, he discovers much more than what he bargained for. A child was left behind as a result of the battle that forever changed him. A victim of the war between the realms. Another hybrid, like him.

Compelled by reasons beyond his own understanding, Stefen strikes a deal to help the innocent child. As she grows into a beautiful young woman, the more intertwined their two lives become and the more perilous their unique paths grow. It's not long before an old Oracle's words from years ago begin to ring true..."Fate holds the cards. Time reveals the hand." 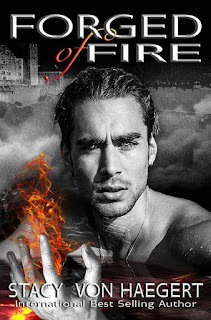 Ash LaGoryen was the second son, born of nobility into the Ushum bloodline-House of the Dragon in the year 776. History claims in every generation a child of royal blood is born to the four elemental houses possessing “The gift”- an ability to bend their chosen element. Ash was this child and fire was his gift. But…Possessing such a skill was a dangerous thing for the young boy of only seven summers.

Ash has spent twelve hundred years staying under the radar of the monster that ransacked his homelands as a boy and later, after years of torture, turned him into the thing he hated the most. A Vampire. The polished gentleman that stands before Ash in the mirror now, conducts his business during the daylight hours and enjoys his lush, reclusive life as one of the world’s wealthiest empire moguls.

Vastly different from the young immortal that escaped the pits of Hell all those years ago, Ash has zero interest of returning to the station of his royal birth. But, when an ancient prophecy comes to light he finds himself dragged right back into the world of his ancestral bloodline. When the foretold “Chosen one”, with the power to unite the realms, turns out to be a beautiful young mortal, Ash is faced with a whole new set of challenges as an impending war looms around them. He will have to weigh his choices carefully as the demons of his past rise up to threaten his future. 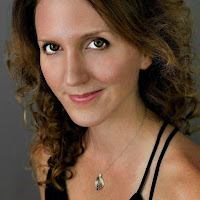 Stacy Von Haegert is the international best selling author of historical romance (the Rose trilogy) and dark fantasy/paranormal romance (the Forged series). She is also a professional ballroom dancer and instructor. She lives in historic downtown Franklin TN with her husband, son, two unruly cats and Belgian Tervuren puppy.

Her first novel, Under His Protection, debuted in 2015 and ran quickly up Amazon's charts, landing at #2 in U.S and #1 in U.K for historical romance. Stacy went on to expand her literary repertoire by diving head-first into the exciting world of vampires, dragons, angels and elemental benders with her first dark fantasy novel, Forged of Fire.

When she is not writing or dancing you will most likely find her on a boogie-board, in a canoe, at a sporting event, or reading. Stacy's newest release, Forged by Fate (book 2 in the Forged series) is due out March 20th, 2017. She is also working on a stand-alone historical, Lords, due out in summer, 2017. The 3rd novel in the Forged series, Forged from Blood, will be available in spring of 2018.