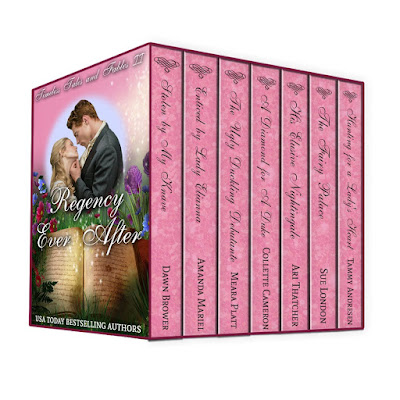 Once upon a time seven historical romance authors created a fairy tale inspired Regency world with all the romance of Regency and timelessness of fairy tales.

Join us on a Regency adventure of love and romance with seven brand new stories by some of today’s most sought after authors in Regency Ever After: Timeless Tales and Fables II. 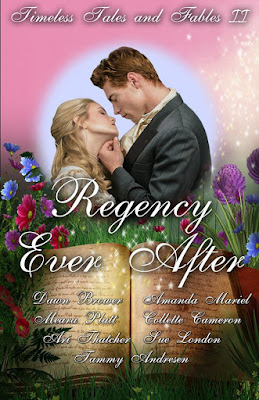 Stolen by My Knave by Dawn Brower

As a child, Lady Elizabeth Kendall glimpsed an image of handsome gentleman in her looking glass. Imagine her surprise when years later she meets the Duke of Whitewood, who bears a striking resemblance to her imaginary man. Will they accept fate’s decision or ignore all the signs that brought them together?

Lady Elianna has been forced into servitude by her cousin. Still she dares to dream. Lord Sinclair is intrigued by her and determined to discover her secrets. Might he be the key to her freedom?

Gennalyn, a lonely young woman far from home thinks of herself as an outcast, ugly duckling. But Roarke, a much sought after war hero just returned home, sees her for the beautiful swan she truly is.


A Diamond for a Duke by Collette Cameron

A dour duke and a wistful wallflower—an impossible match until fate intervenes one enchanted night, resulting in a passionate interlude neither can forget.


His Elusive Nightingale by Ari Thatcher

When a pompous duke offers a large reward to anyone who’ll bring his favorite opera singer to perform for him, an amateur sleuth and the singer’s maid conspire to accomplish the challenge. Little does the sleuth know what intrigue lies ahead, and the damage a few passionate nights with a maid will do to his heart.


The Fairy Palace by Sue London

Lord Williams indulges his sheltered 'cousin' with the visit to London she always wanted. Now he's in trouble that the Mad Clan may not be able to get him out of.


Hunting For A Lady’s Heart by Tammy Andresen

Lord William Fairfield is an experienced hunter, so when he encounters the beautiful, raven-haired Lady Eirwen White in the forest running for her life, he knows that he must use his skills to save her. But will Eirwen allow him to put his life at risk to aid her against her wicked stepmother? 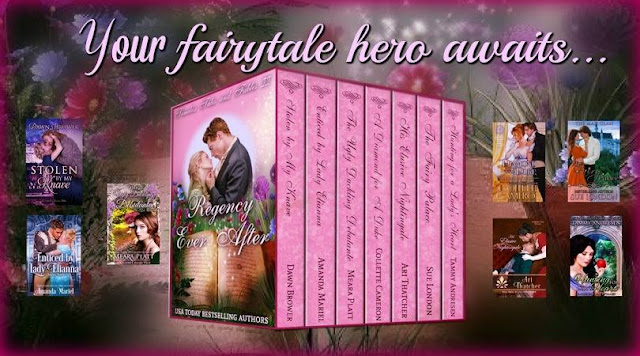 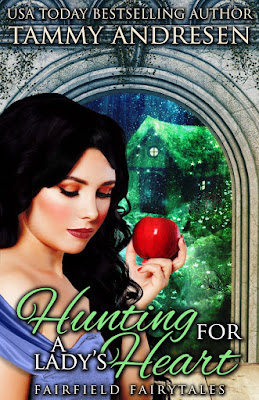 Stepping out from the trees, William caught his breath. A maiden of unearthly beauty came into view with raven hair simply tied back in a red ribbon that shimmered in the light.

Her delicate features were illuminated by the sun as was the subtle grace of her body as she reached down and plucked a mushroom from the ground. For an instant she turned to face him and he nearly caught his breath.

Large luminous grey eyes shone brightly in her near alabaster skin. Full red lips played with a small smile as she glanced around her. Though Will could feel no breeze, it was almost as though the trees danced in response as the large willows swayed around her.

A tinkling laugh like a bell fell from her lips and several birds tweeted a response. It was almost magical. Picking another mushroom, she did a little twirl as she laughed again.

Chuckling himself, Will watched as she danced and laughed, birds twittering around her. Up till that moment, Will had thought that his brother Graham’s wife, Charlotte, was the fairest maiden in all of England, but he had been wrong. This woman was fairer than Charlotte even, and her beauty drew him to her as he silently began to move through the forest toward the glen where she danced.

It was a pull unlike anything he had ever experienced. Like an actual force, it carried him closer to the opening of trees. He had no plan, no idea why he moved toward her or what he might say but he had the unmistakable need to be near her.

And then he heard it. The crunching of leaves nearby that signaled someone or something else was nearing the glen. Will froze, his eyes scanning the trees. In horror he saw another huntsman raise his bow, his arrow trained on the beautiful girl dancing amongst the willows.

The trees stilled, their branches dipping low and the other man’s eyes narrowed, his shot more difficult. But Will had a perfect view of him. Raising his bow, he released his arrow. It wasn’t a kill shot, it wasn’t meant to be, and it hit its target exactly where it was supposed to, in the thigh of the other huntsman.

The man let out a cry and fell to the ground. His maiden turned, fear filling her face as she gasped aloud.

“Randolph,” she cried, moving towards the injured man.

“My lady,” the huntsman gasped and Will raised his bow again.

“Do not move any closer to him, my lady.” Will’s voice was even as he trained the tip of his next arrow on the man’s heart. From the corner of his eye he saw her stop.

What fairytale did you choose for your inspiration and why?

Snow White inspired my fairy tale, not for the heroine but the hero! My story is part of My Fairfield Fairy Tale series that features four brothers. This brother is the huntsman.

What was your favorite fairytale as a child?

My favorite was The Little Mermaid. Spoiler alert, that tale will be featured in the Fairfield Fairy Tales soon!!

What is your favorite line from your book?

Asking me to pick on favorite line is like asking me to pick my favorite child!! But I'll try!! Here goes: “I listened to you. You are my heart.” Eirwen leaned her forehead against his shoulder. 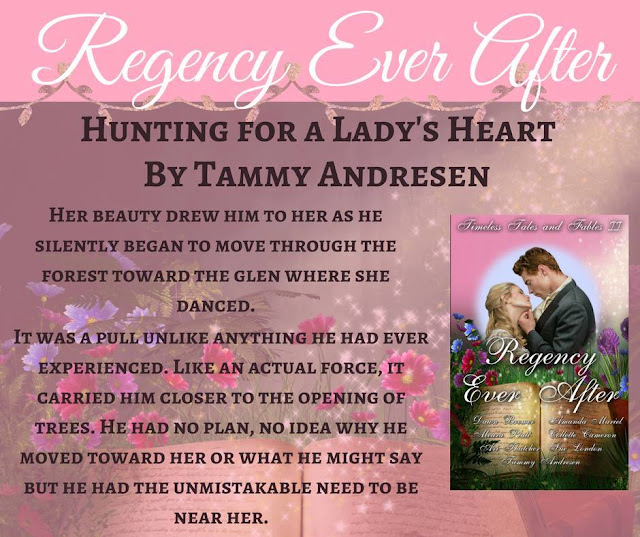 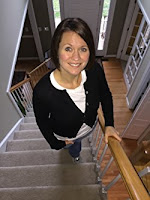 USA Today Bestselling Author, Tammy Andresen lives with her husband and three children just outside of Boston, Massachusetts. She grew up on the Seacoast of Maine, where she spent countless days dreaming up stories in blueberry fields and among the scrub pines that line the coast. Her mother loved to spin a yarn and Tammy filled many hours listening to her mother retell the classics. It was inevitable that at the age of 18, she headed off to Simmons College, where she studied English literature and education. She never left Massachusetts but some of her heart still resides in Maine and her family visits often. 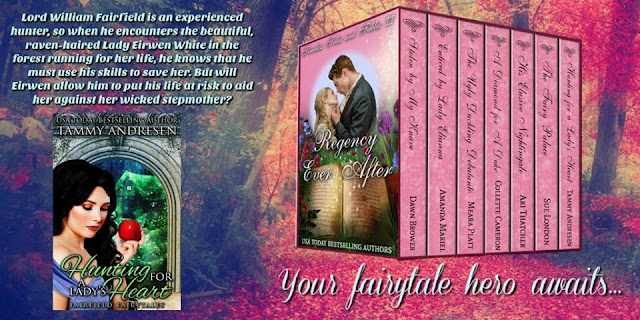 Grab your copy of Regency Ever After today for just 99 cents!