An unexpected love worth fighting for...

Pro snowboarder, Reef Reed, is on the precipice. His chance of winning the world championship is within reach. But he’s navigating a treacherous path, one which is full of incredible highs and soul-crushing lows. Crippling stress, insurmountable distances between him and his boyfriend, jealousy, and illness threaten everything he’s worked for. His relationship with Ford is tested in ways Reef couldn’t have fathomed.

Ford Wallace will do anything within his power to help his man soar high and achieve his dreams. But the season has been hard on both of them; watching all Reef’s hard work unravel from afar is unbearable for the healer at heart. So he fights—they both do—for their happiness and love, and they emerge on the other side stronger than ever before.

Meet Reef and Ford in Whiteout

The moment you get all you ever wanted…

Pro-snowboarder, Reef Reid, has it all, except the one thing he desperately wants: the girl, the white picket fence and the happily ever after. At the peak of his career, he turns his back on the upcoming season and flies to a tropical island paradise to defrost.

At least that’s where he was supposed to go; a ticketing mishap has him landing in Queenstown, New Zealand, famous for its idyllic ski resorts.

Stratford ‘Ford’ Wallace understands attraction to the opposite sex. He’s a true playboy at heart after all; a genuine love ‘em and leave ‘em type. But all that is flipped on its head when the enigmatic Reef Reid literally drops out of the sky.

When a whiteout traps them together on a mountaintop, neither expects the explosive attraction that sparks between them. They’re unable to resist each other, but will they give into temptation? Or will the avalanche that tears through the mountain end them?

Everything he didn’t know he wanted, and now couldn’t live without…

Paramedic and mountain rescuer Stratford ‘Ford’ Wallace fell hard and fast for pro-snowboarder, Reef Reid. For a ‘straight’ guy, falling in love with a dude was not what he expected, but his explosive attraction to Reef is undeniable. Neither of them have uttered those three little words yet, but Ford knows Reef feels the same. At least, he thinks he does.

Reef is smashing his pre-season training at Fernie, the idyllic Canadian snow resort, getting wicked air and landing what could be season-winning jumps. What’s even better is that his man is with him. Going home to Ford every night is what Reef always dreamed of— his very own happily ever after.

Knowing they’re ready, they take the next step in their relationship— meeting the parents. But when tragedy strikes on the slopes, can Ford push through the painful memories and be what Reef needs?

Ford will sacrifice himself, literally putting both his heart and his life on the line, to protect his man. But will it all be for nothing when Reef is presented with an offer that’s too good to refuse? 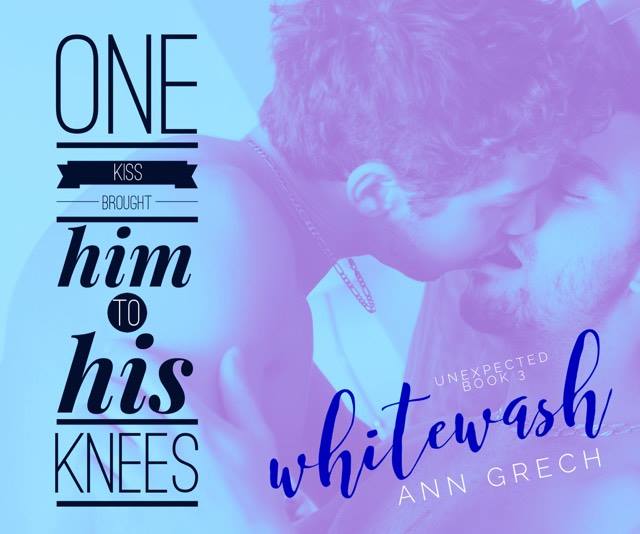 By day Ann Grech lives in the corporate world and can be found sitting behind a desk typing away at reports and papers or lecturing to a room full of students. With her quirky glasses and shiny leather briefcase, she has the librarian look nailed. All laced up tight in her pencil skirts and killer heels, her students can only fantasise about what she gets up to in her spare time. If only they could see those tattoos! Oh, and those notepads of story ideas tucked away in odd places that would be sure to have them fanning themselves!


By night she's a wife and mum and a purveyor of saucy stories that are filled with lust, raunchy scenes and ultimately love. Ann's an avid reader of anything sexy and firmly believes in the motto 'leave mummy alone, she's reading or writing.' Because of that, she is pretty hopeless when it comes to getting dinner on the table on time or cleaning the house.