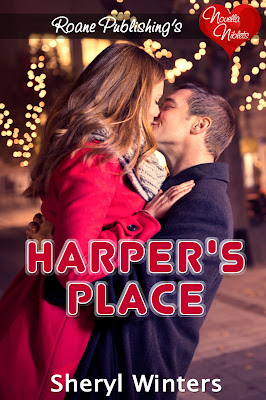 Harper Grey is fed up with over-bearing men.

Her father wants to sell the family hamburger joint to her brother because a woman could never make it successful.

Harper knows she has the same flair for business as her mother, and sexy Navy SEAL Patrick O’Brien dares her to prove it to the world.

When duty calls and Patrick must leave her side, will Harper be strong enough to make her dream a reality?


“How would you bring in new business, though?”

I’m amazed that he seems to find our conversation interesting. He’s an audience willing to listen and I’ve not had that in a long time. Damn this crush of mine. It won’t be easy to tame after tonight.

“New menu items, specials, things like that. Start serving dessert, like pies. Easy cook items. With the new burgers I’ve created and a new décor, I’d open in the summer when the air is fresh and everyone is happy to be out of the snow, hungry for grilled food. I think we could do fine.”

“Tony, Dad. It’s complicated.” I shrug. His arm feels good, and I have the overwhelming urge to nuzzle against it. "Did you kiss Amy Parker when you were twelve? She still brags about it." Did I just ask him about kissing? What is wrong with me? Will this mouth of mine never shut up? Stop it, Stop it, stop it!

"That I did, in a closet over at Robert Anderson’s house."

"I was twelve and desperate. You can't blame me. I do blame that stupid soda bottle. And your first kiss?" There is a challenge in his voice.

"Kevin Monroe at the Klines Movie Theater. He sent me a six-page note the next day about how much he loved me, and I freaked out and dumped him."

I choke back a giggle. "Naw, ‘cept I remember I liked his cologne. It could have been aftershave, but it was nice." It’s not half as nice as the Aramis that Patrick has on. Something about it sends a shiver up my spine that has nothing to do with the zombie waiting in Dad’s office.

Silence surrounds us. The fear that enveloped me seems to disappear.

"Are you seeing anyone?"

"No." It sounds terrible now that I've said it out loud. Like I’m admitting to being a desperate and dateless leper.

"So," he drawls out, "ever thought of dating a military guy?" He squeezes my fingers.
Is he serious?

His fingertip smooths over the rough callouses I've gained from years of hard work. Suddenly my wasted evening of not going out to celebrate is starting to look better. "I think it would depend on which military guy."

"You're killing me. You know that, don’t you?" His strangled tone only sets off a case of the giggles.
"Are you asking me out, Patrick?"

"Trying to, but you're not making it easy.” The challenge is back in his voice.

"I wouldn't mind a date or two,” I manage to squeak out. Breathe, Harper, just breathe, calmly through your nose, out your mouth. Sainted Mother of God, Patrick asked me out! I hit the jackpot! Now all I have to do is not hit him.

I never set out to be an author. Only a storyteller. Some days I succeed better than others. 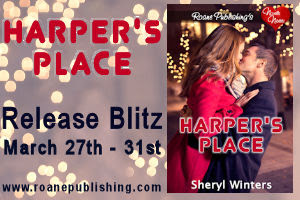