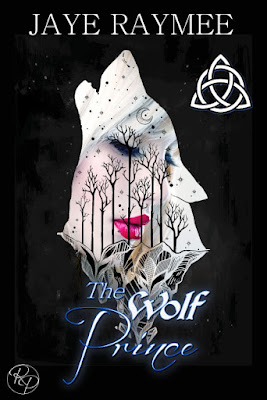 Claire O’Neil grew up hearing stories from her grandmother’s Irish homeland.  Her grandmother seemed to be personally acquainted with exotic fairies, mischievous pixies, even powerfully seductive shape-shifters.  On the eve of the older woman’s funeral, Claire is visited again by strangely erotic dreams which began on her sixteenth birthday, dreams which leave her breathless and aroused by the shadowy presence of a mysterious stranger.  At the funeral itself, she is approached by a foreigner who carries a letter from her grandmother.  Following the instructions in the letter, Claire is whisked away to Ireland to discover the legacy left behind by her grandmother.


Once in the Emerald Isle Claire is stunned to learn that her grandmother’s stories were real: the Dubh Sidhe and the Four Fey Courts of Dublin do exist.   More shockingly, an ancient prophecy has tied their fate to hers. At a chance encounter Claire comes face-to-face with the stranger from her dreams, and breathless doesn’t begin to describe the effect he has on her!  As she finds herself caught between rivals for leadership of the shape-shifters, Claire is kidnapped and held in seclusion by the mysterious stranger’s brother as part of their battle for leadership of the their family.  Only Claire can help the mysterious stranger to save himself and his clan from losing their power forever.  If she chooses to…and if she can accept that passion can take many forms.

Jaye has been writing since at least the age of eight, and still cherishes that very first manuscript about a knight kissing a maiden.  While the subject matter has evolved from those days, the human condition in all its varied forms and all its joyful expressions of intimacy remains central to Jaye's writing.  Found anywhere from a small town on California's San Francisco Peninsula to the wild corners of Ireland, Jaye can often be spotted quietly scribbling in a series of notebooks, where stories are born.  You may have run into Jaye just this morning at your local cafe and never realized it.

You get a peek at Jaye's Notebook at www.jayeraymee.blogspot.com or follow the Twitter feed @JayErotica. Reader feedback is always encouraged…and every fantasy is interesting…