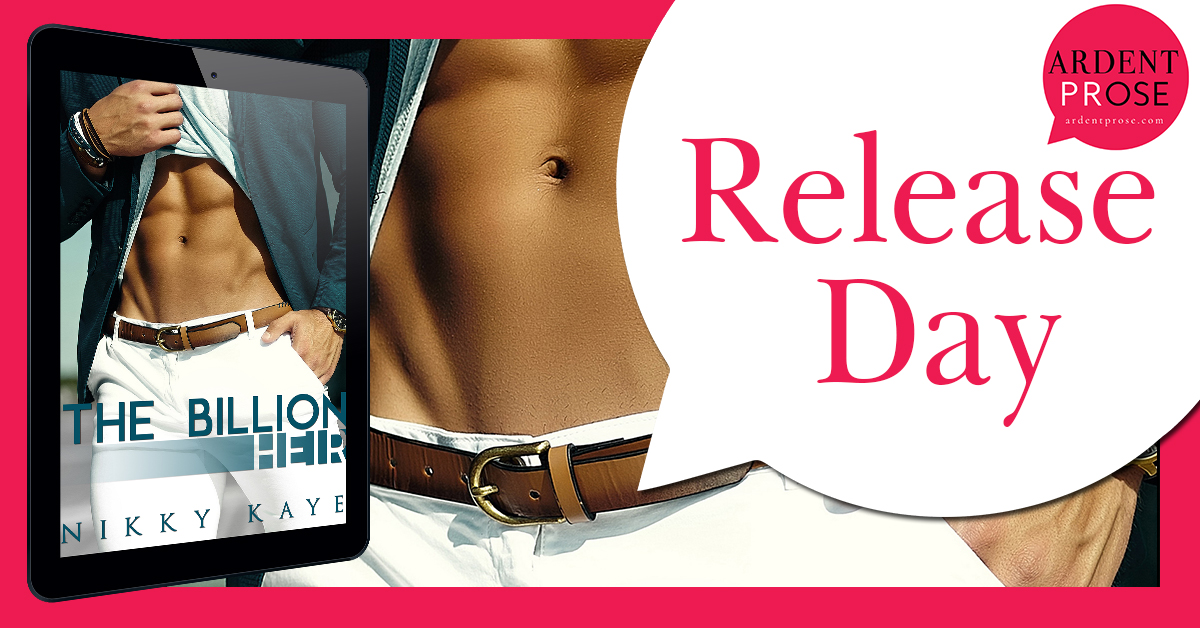 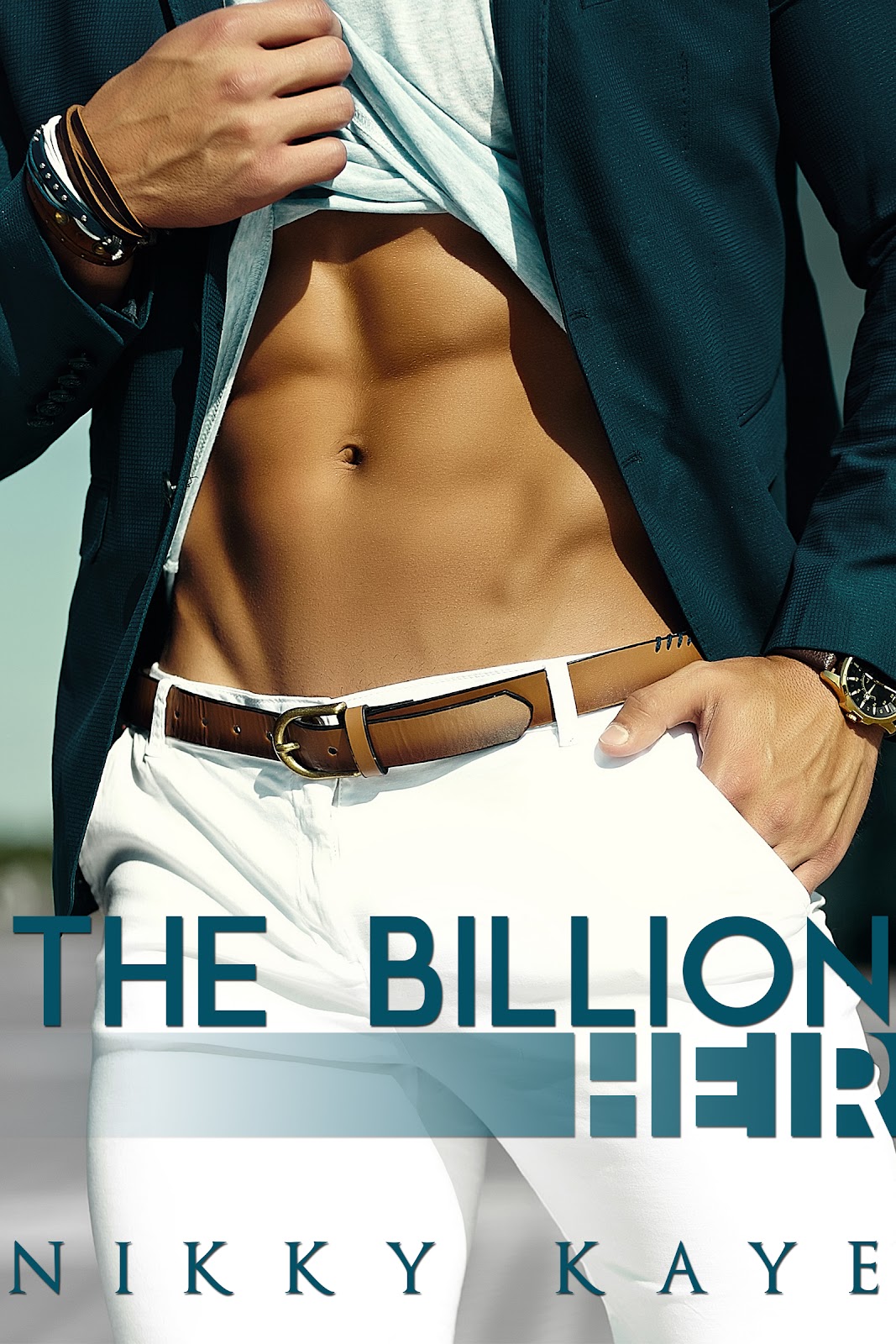 I might be a brand new billionaire, but I'll be damned if I'm going to take charm lessons from former socialite "Sexy Lexi Kink-ade." She's getting under my skin, but now I'm stripping away her veneer to find the woman underneath.

I might be living hand to mouth these days, but Luke's mouth on my hand isn't helping. Redeeming his bad boy image is my job, but there's something seductive about a man who can fight in a tuxedo and scare away paparazzi... 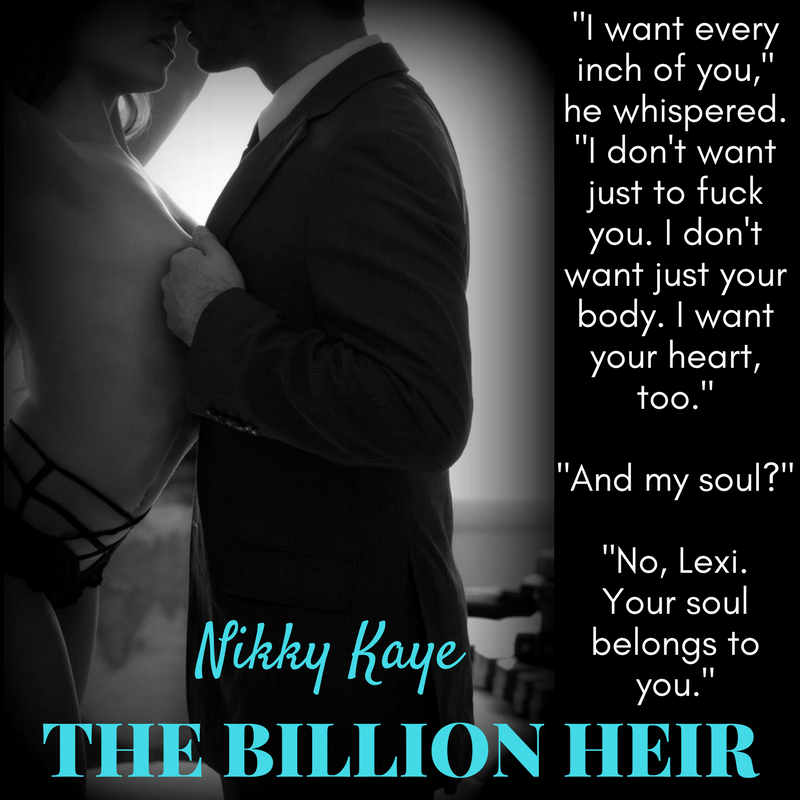 “Car’s not here yet.” She checked her phone, then looked up and me and blinked, as though seeing me for the first time. “Uh, you look good.” Her gaze slipped down to my chest and bright spots burned high on her cheekbones.

I shrugged my shoulders. With the jacket open and the top few buttons of the starched shirt undone, it wasn’t so bad dressing like a douchebag penguin. At least the loose pants hid the erection that always threatened me around her.

“Well, if you gotta junk punch somebody do it with class, right?”

She slipped the bow tie from my pocket and looped it around my neck, barely suppressing a giggle. I wished she’d do it again, so I could lock the sound in my memory bank.

“They took your tie?” Her eyes were focused on my neck. If I put my arms out we would be embracing.

“Yeah, guess they were afraid I’d hang myself in the holding cell or something.” I snorted. “I can’t even tie the damn thing.”

Fiddling with my collar, she whisked the tie back and forth with an audible swish. Her fingertips raised goosebumps on my neck as she tried to adjust me into something resembling an upstanding citizen. Her closeness was intoxicating.

Every day I noticed something different about her, something unexpected. Like the fact that the designer scarves she wore were probably older than her, or that the diamond studs in her ears were barely specks. Or that she took her cream and sugar with a little coffee.

Every day I edged closer to her, wanting to unravel all her secrets. At the moment she was unraveling me.

It wasn’t until she started buttoning my shirt back up that I grabbed her wrist.

Her eyes widened as she looked up at me. “I’m just trying to—”

“Yeah, honey, I know. But you’re going in the wrong direction.” I wished she were undoing my buttons—all of them.

Flirting with her had become second nature. The first time I leaned over her while she opened accounts for me on her laptop, the tips of her ears turned pink and her shoulders stiffened.

The second time was at the tailor. All I got were fucking suits and nooses in the form of pinstriped ties. I managed to convince her that I was uncomfortable with a dude taking my inseam measurement and only she could do it. I didn’t really think she’d do it, but she called my blush. I think her whole body blushed as she dropped to her knees in front of me and ran her hands up my thigh.

There was no escaping that I was very, very attracted to Alexis Kincaid. Scratch that. I wanted to fuck her against every vertical—and horizontal—surface in Manhattan, maybe even all five boroughs. But what had begun as just lust was shifting into genuine curiosity and admiration.

She was a tough nut to crack, but I’d let her crack my nuts any time she damn well pleased.

Ignoring the chaos of the precinct around us, Lexi crossed the ends of the bow tie around my neck and pretended to strangle me. “You’re impossible.”

Her lips quirked as she stared at my chest, her fingers still on my buttons. “I’m not getting paid enough for this,” she muttered as her phone chirped. “That must be the car.”

Cool air and unspoken promises swirled between us as she stepped away from me to usher me out the door into the rain. I gallantly held the car door open for her. She jumped in and twisted around, her trench coat trapped underneath her.

“Get in, get in,” she urged from the back seat. “This is no time to be a gentleman!”

“Well, if you say so.” I hopped in the back seat beside her, already damp from the spring shower. She didn’t scoot back that much, leaving us close together. In the darkness of the car, her knees touched mine. We both paused, a fragile bubble of anticipation around us in the quiet of the car. I heard, rather than saw her lick her lips, and her breath was short and shaky. It was about damn time.

“You said it was no time to be a gentleman,” I reminded her, before covering her mouth with mine. 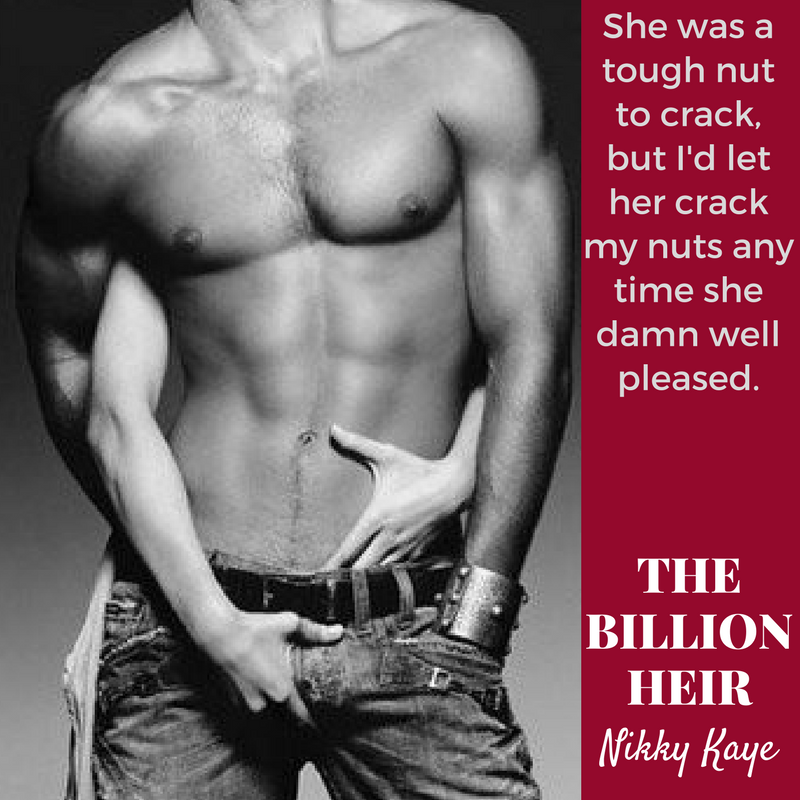 Lucas Knox didn't want the life he's been thrust into, but now he's gotta find a way to deal with the new circle of people he's being surrounded by.

Alexis Kincaid is trying to build her business while keeping her past firmly in the past. Life hasn't been easy the last few years, but she's a fighter and she's up for her latest challenge. But the longer she spends with him, the harder it becomes to keep her hands to herself.

Will Lucas be able to fit into high society? Will Alexis' past come back to haunt her? And can these two find a way to put their issues aside and a build a future based on mutual respect and love?

Although at times The Billion Heir was a little slow and hard to follow, I enjoyed this book. I was intrigued by the plot, who doesn't love a bad boy trying to make a difference.

Lucas, despite his hardships, has a heart of gold. I especially loved that he recognized Alexis right from the start and was immediately attracted to her, but wanted to get to know the woman she was inside.

I admire Alexis' perseverance despite the obstacles that have been thrown in her path. Her love for her father, no matter his faults, is commendable. She's a strong, independent woman with big heart.

The chemistry between Lucas and Alexis is off the charts and those two really know how to make the temperature rise. They are a perfect match in and out of the bedroom.

Lucas and Alexis's connect make this book a rather entertaining read. And there are some fascinating secondary characters that I look forward to getting to know in the books to come in this series. 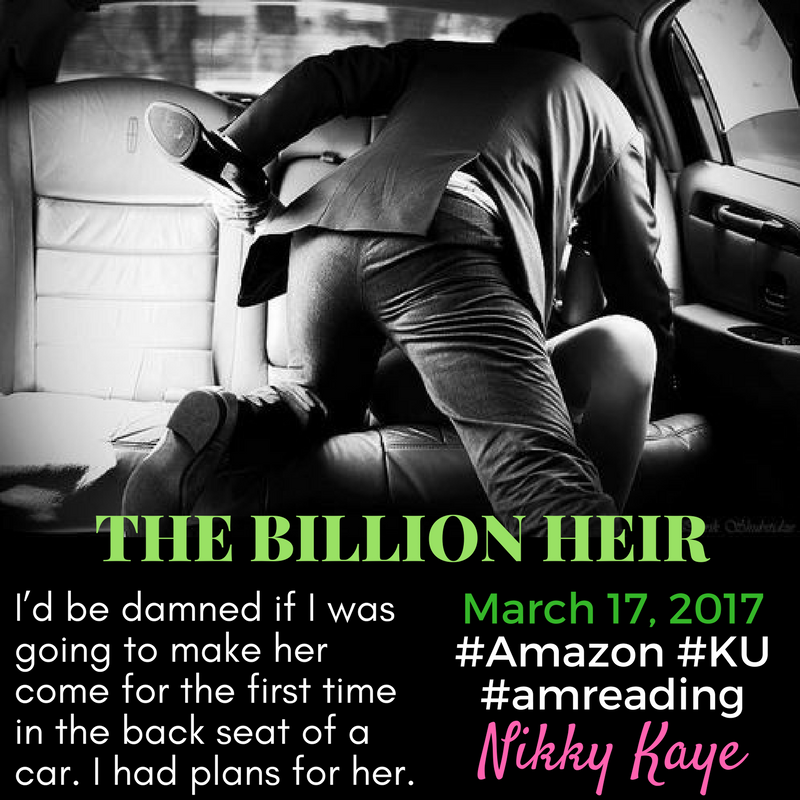 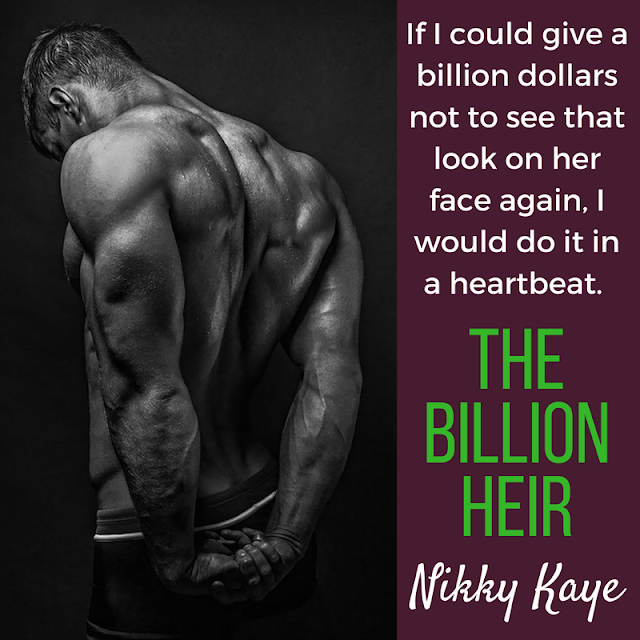