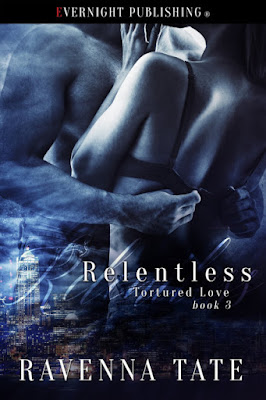 For years, Blake the Snake, as he was known to his Alpha Chi Gamma brothers, took pictures of the conquests of auction winners having sex with their “prizes” at the fraternity’s annual Spring Bacchanalia. It was all in fun, until he stopped a young woman from being raped by the football player who had won her.

From that moment on, Blake Bombay’s life changed forever. He became obsessed with Kendra Kensington, and worked tirelessly to keep her safe. While watching her from afar, he plotted and planned for the day when she would be his. Trouble was, she didn’t know it. She never saw his face that night or learned his name. But that didn’t matter to Blake. She was his. She had always been his, and one day she would be with him forever. 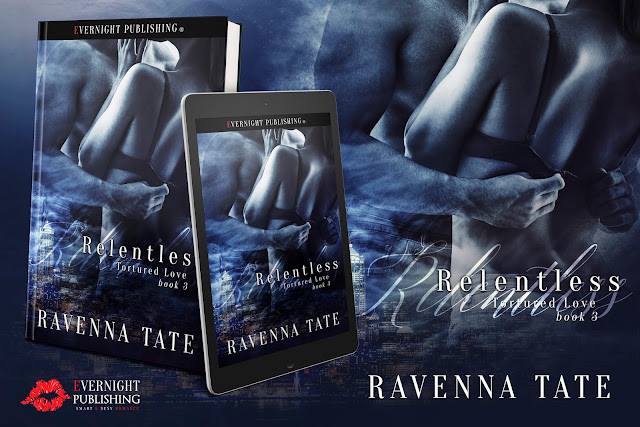 As Blake showed her his workout room, Kendra tried to keep her thoughts focused on the rooms themselves, but concentrating on anything besides Blake had become increasingly difficult. He was just so damn gorgeous! The way he’d smoothed everything over after the upsetting incident in the pub had really impressed her. He’d explained everything, and she had no reason to doubt his words.

This was the most fun she’d had with any man. It was time to stop looking for things to go wrong and enjoy herself. Kendra was tired of being afraid, and she hadn’t admitted it to Blake, but she was horribly lonely as well. The fact that she could feel so aroused in his presence surely meant she’d finally found a man who wouldn’t hurt her.

The workout room rivaled any gym she’d ever seen. He’d managed to fit a lot of impressive equipment into a small space. “I knew you worked out. I knew it the first time I met you.”

His gaze traveled slowly up and down her body, and the fact he wasn’t even trying to hide it sent fresh wetness to her pussy. “I’m betting you’re in pretty great shape yourself.”

To get any words out at all, she first had to swallow hard. “I take care of myself.” They stared into each other eyes again, and it was on the tip of her tongue to ask if he wanted to see her body and judge for himself. Kendra had never taken the initiative with sex, but she’d be damned if every fiber of her being wasn’t screaming at her right now to go for it. This had never happened to her before, but she liked it. A lot.

“There’s only one room left.” His voice was low and sexy. “My bedroom.”

“I’d love to see it.” Her pulse raced, and she was fairly certain it wasn’t from the strong coffee.

Blake took her coffee cup and placed it on a table in the hallway, alongside his. As he took her hand and led her down another corridor, Kendra’s mind raced with questions. Would he really try to make love to her? Had she given Diablo and Spitfire enough food and water in case she didn’t come home until morning? Had she left lights on for them? Should she go back into the kitchen and retrieve her bag, so she’d have her toothbrush with her? Did he have condoms? She was on the pill, but what about STDs?

Talk about a mood killer!

“Where did you go just now?”

“What?” He was watching her closely. The last thing she wanted to do was ruin the feeling of euphoria that had enveloped her this evening. “Oh, nothing. I mean, I’m right here.” She smiled and squeezed his hand tighter. “Just taking everything in. Your home is so pretty.” “You are pretty.”

“Blake…” Her voice came out in a whisper, and the return compliment that had been on her lips faded away as he gazed into her eyes with unmistakable lust.

He lifted her hand to his mouth and kissed the back of it, letting his lips linger. A smile spread across his face while Kendra’s heart pounded. “Come and see my bedroom.”

The room was bathed in soft light, and it smelled of lavender and vanilla. The scent immediately relaxed her as she breathed it in. Music played, and it took her a moment to recognize it. Rock ballads from the eighties. That made her smile, because it was such an unlikely background for a seduction scene, which clearly this was.

“What do you think of the décor? Too much?”

“No. It’s perfect.” It really was. The furniture was classic but not heavy, the colors soft and warm, and the ambiance inviting. She’d have expected nothing less. Then she remembered that he’d told her this was just dinner, and the reason they hadn’t eaten in the pub was because of his former frat brothers, not because they’d planned this.

Kendra pulled her hand away from his and took a step back. “How did you know I’d come back here with you tonight?”

“So are you telling me it looks, smells, and sounds like this all the time?”

“No, of course not.” For a split second, she was certain he would close the gap between them, but he didn’t move. “I meant what I said earlier, in the car. Something happened to me the day I met you. I’ve never experienced it before. I’ve never wanted anyone the way I want you.”

The tone of his voice was so damn sexy! Had it always sounded that way? The air in the room felt charged, as if a storm was brewing. Every cell in Kendra’s body ached for his touch. She stared into those beautiful green eyes and couldn’t move. She could barely breathe.

It would be so easy. All she had to do was reach out to him. He was waiting for her. This was truly her choice. He would not simply take her, or act like a dog in heat and jump all over her. She knew it. No clue how, but she knew it was true, and it had never happened before. Did he realize how seductive that was, in and of itself? Did he know how special it made it her feel?

Her cats would be fine. She didn’t need anything in her bag. What she desperately needed was to feel passion without fear, and arousal without doubt. That was what she’d wished for all these years. Was Blake the man to finally release her from all that?

She’d never felt this way, either. Should she tell him that? Or should she simply show him? Wouldn’t that be better than a lot of words right now?

Kendra swallowed hard, took a deep breath, and let the words come out. “I want you, too, Blake. So much.”

Read the Prologue and Chapter One 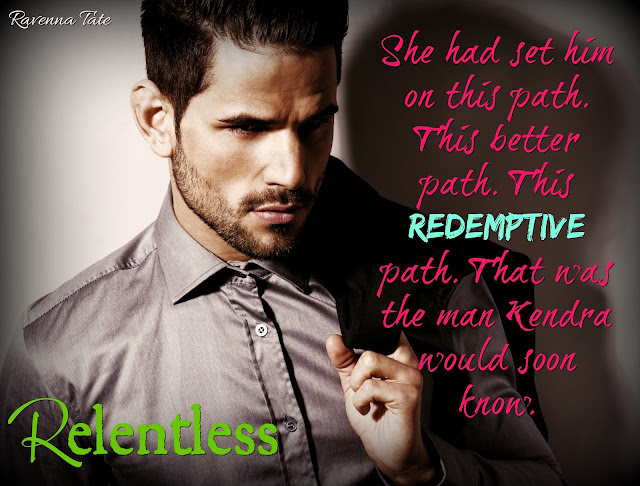 Just when I thought this series couldn't get any better, Ravenna knocks it right out of the park.

This time we meet a man that has been working to redeem himself for ten years in order to win the heart of the girl he loves. His Kendra.

Ten years ago Kendra had a terrifying experience and she's still dealing with it after effects of that night. Her dating life since then hasn't been any better and she begins to believe there isn't a good guy out there, then up walks Blake. He's tall, dark, and handsome and makes her weak in the knees. He says and does all the right things, but there is something in his eyes that makes her believe he's hiding something.

Blake knows he must come clean in order to have a real future with Kendra, but just as he's about to explain everything, a blast from the past will spill the beans in a very public way.

After all this, will Kendra ever be ever to trust Blake again? Even if Kendra ends up walking away forever, will she at least let Blake explain his acts? Blake may have a rough road ahead, but he's already put in ten years so walking away with a fight isn't an option.

Seriously folks, this is one captivating dark read that you won't want to put down. Although some of Blake's actions would seem over the top, you have to admire his heart. The second he vowed to change his way he did, and he never looked back. The way he puts Kendra first... swoon worthy.

I love that Kendra never gives up. She's been through a lot, but she is still willing to take the risk. She is definitely stronger than she gives herself credit for.

I really enjoyed Relentless and I didn't want to put it down. It's a dark, sultry, enthralling read that keeps you on the edge of your seat. The chemistry between Blake and Kendra is eclectic with the heat flying off the pages.

I highly recommend Relentless for lovers of dark romances. And if you haven't picked up the other books in the Tortured Love series, then I suggest you do. This is one series you seriously can't miss. 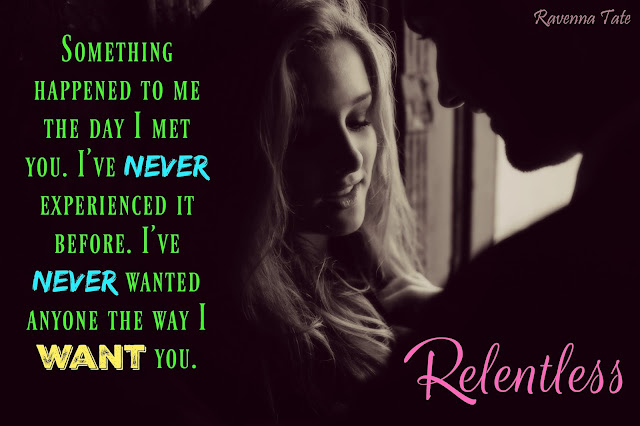 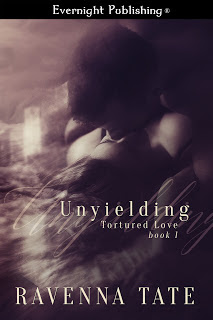 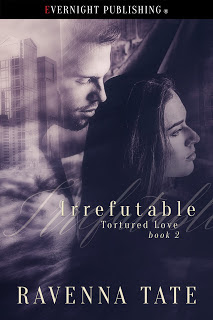