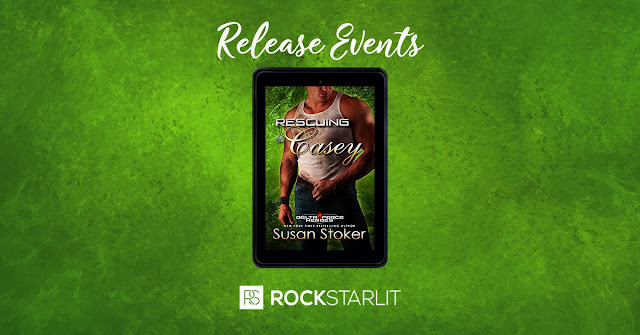 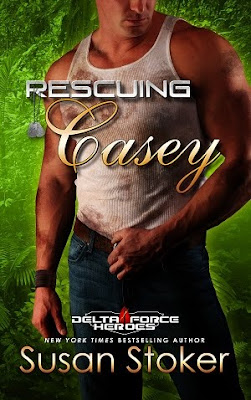 One-minute Casey Shea was minding her own business, doing her job, teaching entomology to college students, and the next she was in the middle of the Costa Rican jungle fighting for her life.

Troy “Beatle” Lennon had watched his friends fall head over heels in love, but never thought it would happen to him. Until he sees a picture of one of his teammates’ sisters. That was it. The absolute joy in her eyes calls to him in a way he can't understand.

But that joy is currently being threatened by an unknown person who’d had Casey kidnapped and hidden deep in the jungle. It’s up to Beatle to find her and keep her safe until the threat against her can be neutralized. Surviving the dangers of the jungle turns out to be the easy part…staying ahead of the killer is much more complicated…and deadly.

**Rescuing Casey is the 7th book in the Delta Force Heroes Series. Each book is a stand-alone, with no cliffhanger endings. 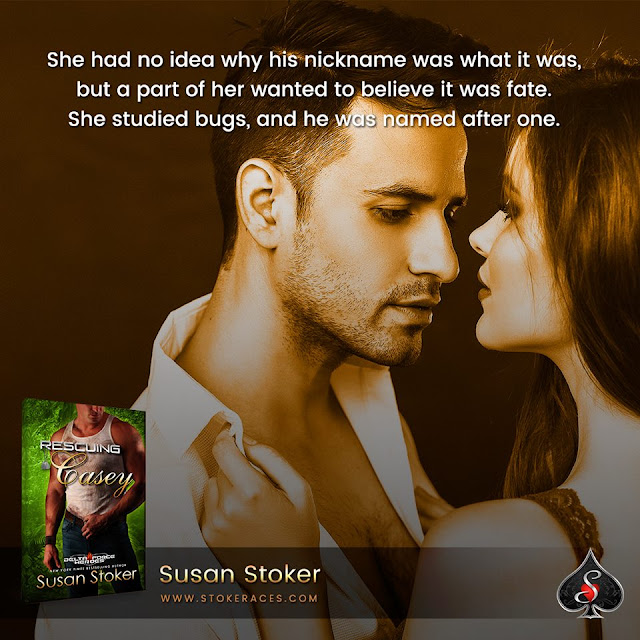 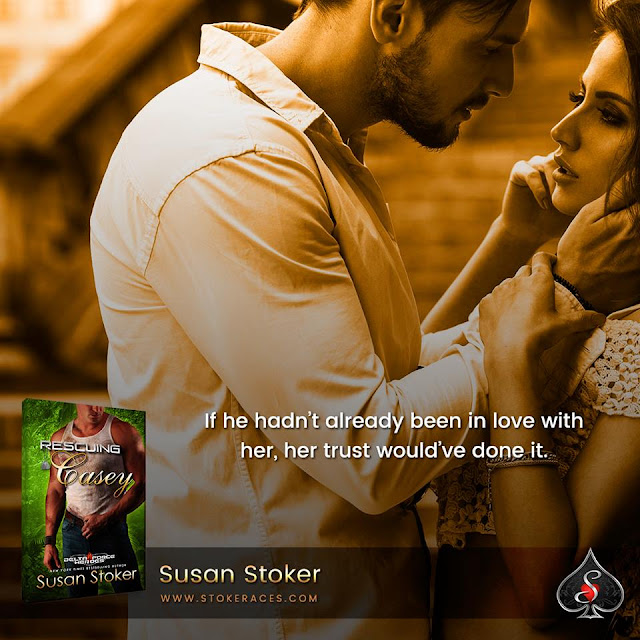 
Casey wasn’t sure exactly what was going on, but she was scared out of her mind. She’d been frightened when she was first kidnapped, and of course when she’d been thrown into the deep, dank hole. But she’d thought she was fine after being rescued. In pain, yes. Thirsty and hungry, yes. But she’d never thought she’d be headed deeper into the jungle than she’d ever been before, on the run from an unknown threat.

It was scarier this time because she knew exactly what was in store for her if she was recaptured. She had no doubt whoever was after her would kill Truck and Beatle if they could. And that freaked her out even more.

She shifted her grip on Truck’s neck and felt him adjust her to a more comfortable position in his arms. She was grateful he hadn’t thrown her over his shoulder like a sack of potatoes, but honestly, while being carried like this might seem romantic and comfortable, it was anything but.

Her feet were numb from his tight grip under her knees and her neck hurt from keeping her head twisted to the side to watch where they were going. She could’ve rested her head on Truck’s shoulder, but that seemed weird.

He was completely solid under her, every muscle tense as he half-walked half-jogged through the forest. Casey had the chance to be up close and personal with the scar on his face she’d noticed back at camp, but hadn’t really paid any attention to before.

It was nasty. Running the length of his cheek and down his neck. It was completely healed, but she could see the additional small round scars on either side of it, where staples or some bad stitches had once held the skin together. Not only that, but his nose had obviously been broken at some point, because it was frightfully crooked. His lips were pressed together in a thin line of concentration, and he didn’t even seem to notice her scrutiny.

Casey might’ve been feeling many things, but fear of the man who held her tightly in her arms wasn’t one of them. 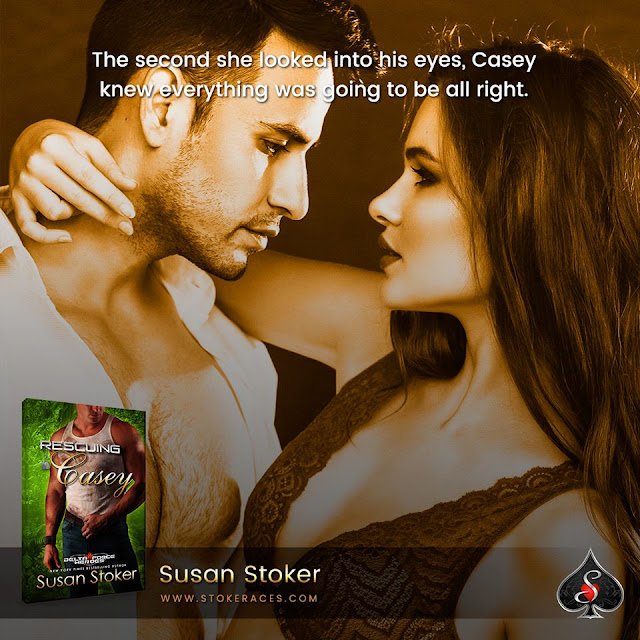 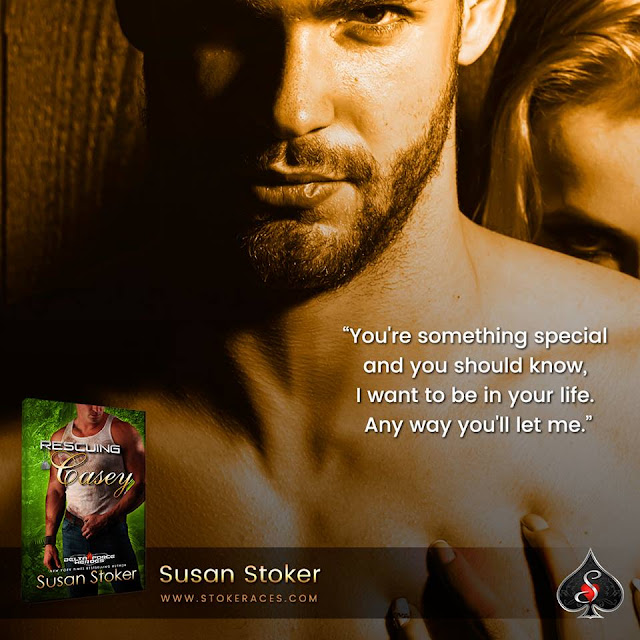 New York Times, USA Today, and Wall Street Journal Bestselling Author, Susan Stoker has a heart as big as the state of Texas where she lives, but this all-American girl has also spent the last fourteen years living in Missouri, California, Colorado, and Indiana. She's married to a retired Army man who now gets to follow her around the country.

She debuted her first series in 2014 and quickly followed that up with the SEAL of Protection Series, which solidified her love of writing and creating stories readers can get lost in. 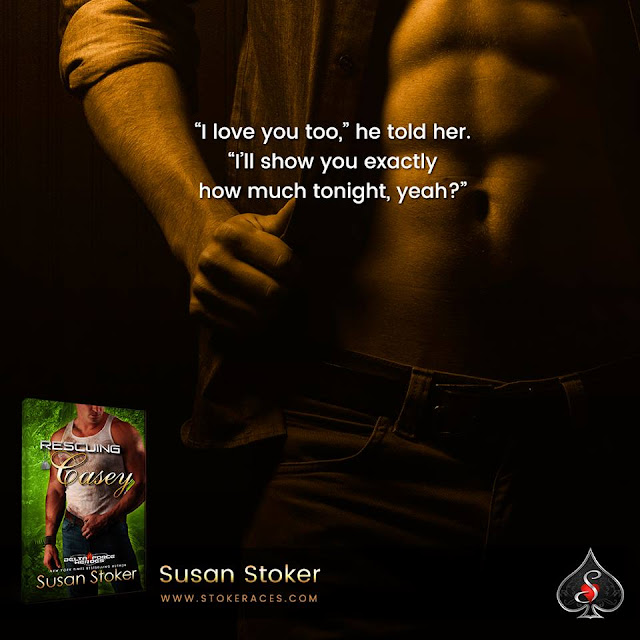