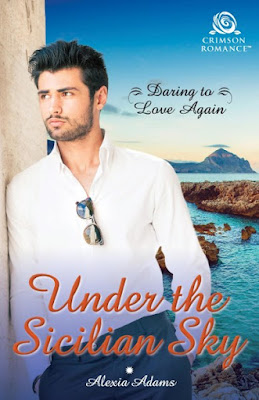 Amnesia obliterates a married couple’s shared past in this poignant second-chance-at-love story.

Matteo Vanni washed up on a Tunisian beach six years ago with no clothes, identity documents, or memories, just a wedding ring to link him to his past. He’s reinvented himself as a wealthy entrepreneur, but now a knock on the head restores some of his memories, particularly that his wife Bella is waiting for him in Sicily. But returning to his native land and digging into his mysterious and sudden disappearance could cost this new millionaire everything.

Sheep farmer Bella Vanni has accepted that her presumed-dead husband is long gone, so it’s a huge shock when he knocks on her door and announces his desire to resume their marriage. She can’t trust his answers on where he’s been or why he left, and she certainly isn’t keen to walk away from the family farm she labored to save. But their mutual passion won’t be denied.

When Matteo’s freedom is threatened, Bella must decide which is most important to her: everything she’s painstakingly built or a new start on love. 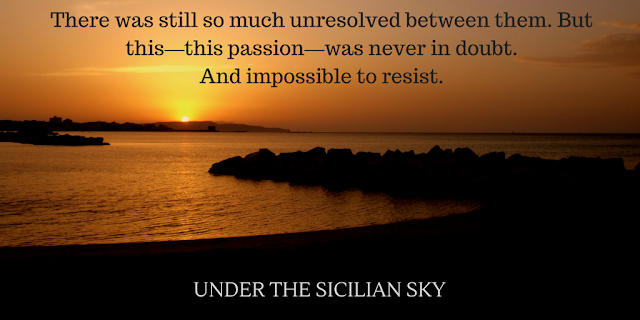 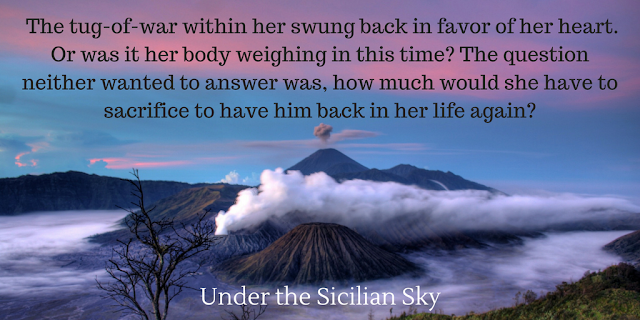 The next time he heard his name slip from her lips she was stomping across the farmyard, her hair tumbled around her shoulders and down her back, her T-shirt hitched up at one side, exposing her taut midriff, and her feet shoved into a pair of old rubber boots. If she were wearing a designer evening gown he couldn’t want her more.

“Did you turn off my alarm and close my curtains?” She came right up to him, her boots toe to toe with his now incredibly disgusting shoes. First thing he was going to buy this afternoon was a pair of farm-friendly footwear.

“Yes.” He couldn’t stop the grin that formed at her outraged gasp. Dio, you’d think he’d eaten her last square of chocolate, spilled her wine, or some equally heinous crime, not given her a few extra hours of precious sleep.

“It’s ten o’clock. I’ll never get done all I need to. I’ll have to cancel our date tonight.” She put her hands on her hips, which just stretched her T-shirt tight across her breasts. Merda, she wasn’t wearing a bra. Her nipples jutted out, begging for his touch. If he weren’t holding two very heavy pails of goat’s milk, she’d be pushed up against the barn wall, her T-shirt over her head two seconds from now.

“You need more than four hours’ sleep to get done all you do in a day. So I canceled your alarm and did your morning chores for you.”

She glanced at the pails of milk and then around the yard. The camel was fed and watered and put out in the pasture, a chicken atop his hump, both ignoring the newly milked goats that frolicked nearby. The horse and donkey had been brushed and stood staring at the chicken, no doubt, like him, wondering where on earth that had appeared from. The rabbits had new straw, and the dogs were fast asleep in the shade. He’d done good, if he did say so himself, even though milking had taken him almost two hours rather than the forty-five minutes it took Bella.

“The nannies let you milk them?” She reached for a pail, but he moved back, careful not to slosh his hard-earned liquid. “And when did you learn to milk goats?”

“I Googled it. They were reluctant at first”—he’d been butted and tossed on his ass more than once, and he was pretty sure he’d have a massive bruise on his thigh from where one of the goats tried to take a piece of him—“but then I discovered they like to be sung to as I massaged their teats. Your goats have very questionable taste in music. They prefer Italian songs about dirty sex.”

Bella’s eyes widened and a flush crept up her neck. “You sang raunchy songs to my goats as you milked them?”

He hoisted the pails hip level. “Yup, and I got two buckets full. I seem to recall yesterday you got only one and a half.”

Her laugh rang out over the farmyard. “I think you’ve just found your new calling.”

If it was making her happy, then yes, he had. “I’ll put these in the urn for the dairy to collect. Why don’t you go inside and start breakfast? I’ll be there as soon as I’ve had a shower.”

“I can—” She reached again for a pail.

“The only way I’m going to let you take this milk is if you agree to shower with me.”

The challenge hung in the air between them, and for a second he thought maybe she’d agree. Then she pulled her hand back and shoved it in the pocket of her jeans. “I’ll make breakfast.”

“Will you do one more thing?” he asked before she could move away.

“Unless you want to be ravished on the kitchen table, put on a bra. After six years, I have only so much restraint left.”

He turned before she could answer and went to find the empty urn the dairy had dropped off yesterday. Was it wrong to pray for your wife to ignore your request? 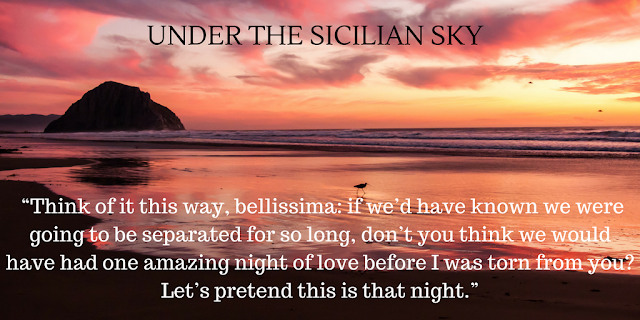 A former world wanderer, Alexia Adams writes contemporary romance stories that reflect her love of exotic destinations and diverse characters and cultures. She currently lives near Vancouver, Canada with her husband and four children and dreams of a world without housework. As a flight risk mom, romance is her escape and she can often be found with her nose in a book, pretending she’s somewhere else. 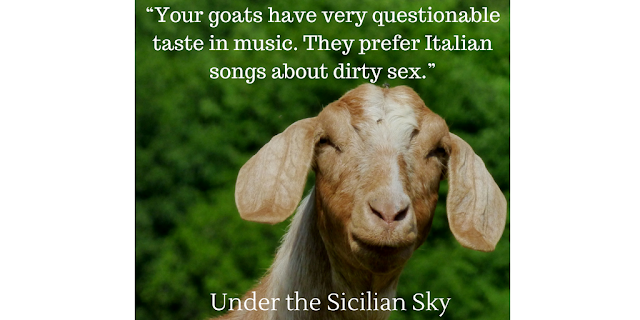 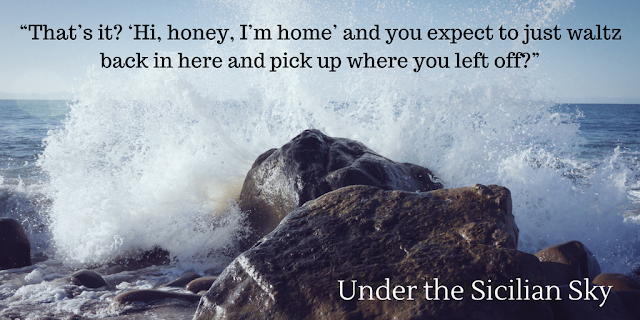