Two years I’ve been gone. Two years locked in a juvenile detention facility for a crime that took seconds to commit, losing my sense of self and direction. Two years since I’ve seen my family and friends, since I’ve seen New York City and all its chaos.

Two years have passed, but some things are still the same. There are still five of us crammed in a one-bedroom apartment in Hell’s Kitchen––six when my mother’s boyfriend decides that he and his fists should stay the night. There are still four kids here who never have enough to eat and wannabe thugs lurking the neighborhood, trying to pull me back to a life of trouble.

But now I’m a little older. A little wiser. A little bigger. A little stronger. And if I can focus on the future instead of the past, maybe I can make things a little better.

Two years I’ve been gone. But now I’m back. It’s time to check my bearings and find the right path.

From the second she saw him, Layla Barros knew Nico Soltero was all wrong. Wrong age. Wrong education. Wrong job. Wrong everything. She had a hard enough time convincing her parents that New York really is the right place for their nineteen-year-old daughter without telling them she's got a thing for the FedEx guy at her new part-time job. Too bad the second she saw him, Layla Barros no longer cared about right and wrong.

Raised with three siblings in Hell's Kitchen by a single-mom, half-Puerto Rican Nico Soltero is a quintessential New York mutt who's always had to shoulder the burdens of his family. Burdens which have cost him almost all of his dreams, like going to college or becoming an FDNY firefighter. Now, at twenty-six, he's finally getting the chance to leave the place that's always felt more like a dead weight than the center of the universe. Too bad the city of his birth has one last hard knock to deal: the girl of his dreams, sitting right in the middle of his delivery route, three months before his plane is supposed to take off.

Nicole French is a East Coast/West Coast hybrid creature, Springsteen fanatic, hopeless romantic, and total bookworm. When not writing fiction or teaching writing classes, she is hanging out with her family, playing soccer with the rest of the thirty-plus crowd in Seattle, or going on dates with her husband. In her spare time, she likes to go running with her dog, Greta, or practice the piano, but never seems to do either one of these things as much as she should. 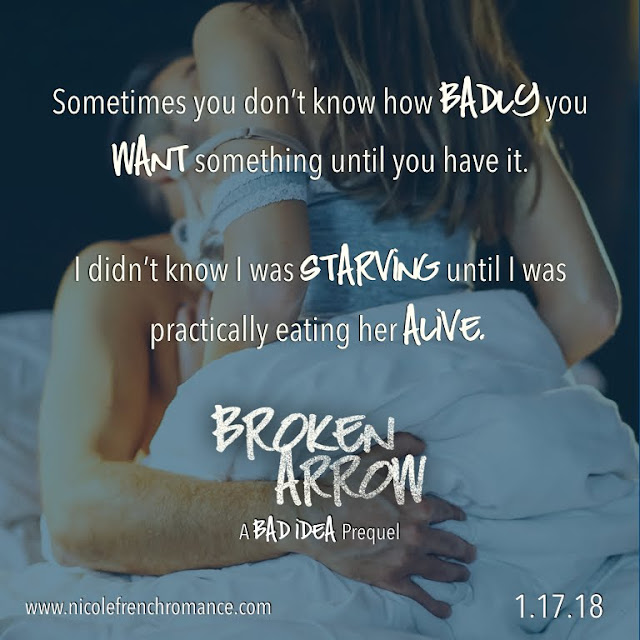