Bringer of Chaos: Forged in Fire
by Kayelle Allen 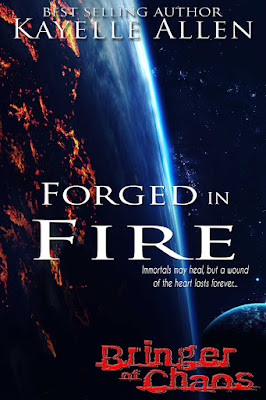 When the immortal Pietas is marooned on a barren world with no food and few survival tools, he knows it could be worse. He could be alone. But that's the problem. He's not.

Half a million of his people sleep in cryostasis, trapped inside their pods and it's up to Pietas to free them. He can't release one at a time. It's all or nothing. He's facing over five hundred thousand hungry, thirsty, homeless immortals who will call on him for rescue and he has no way to answer.

It's not all bad. The beautiful telepathic warrior he's loved for lifetimes is at his side. He's bonded with a sentient panther. He hates humans but the one dumped on this planet with him has become a trusted friend.

Before Pietas can build shelter, figure out how to grow food, or set up a government, he must take back command from a ruthless enemy he's fought for centuries. His brutal, merciless father.

Immortals may heal, but a wound of the heart lasts forever... 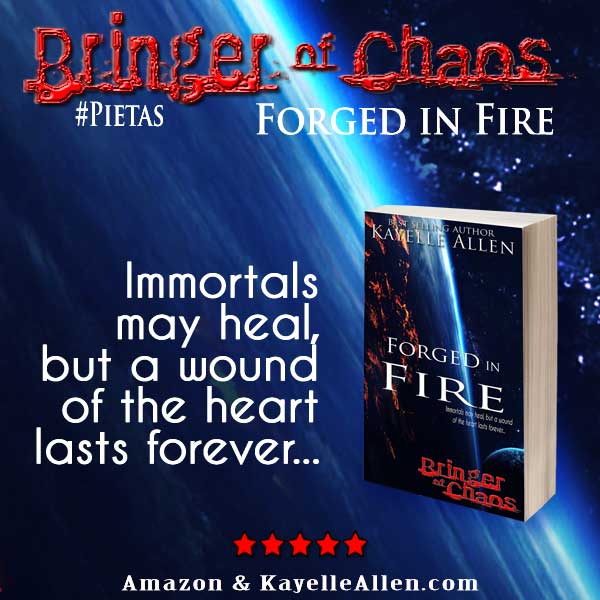